Get Daily Email
Join/Login CLOSE
Home / Ethics & Values / I Thought I Was Alone, and Then I Met the World—A Survivor’s Story 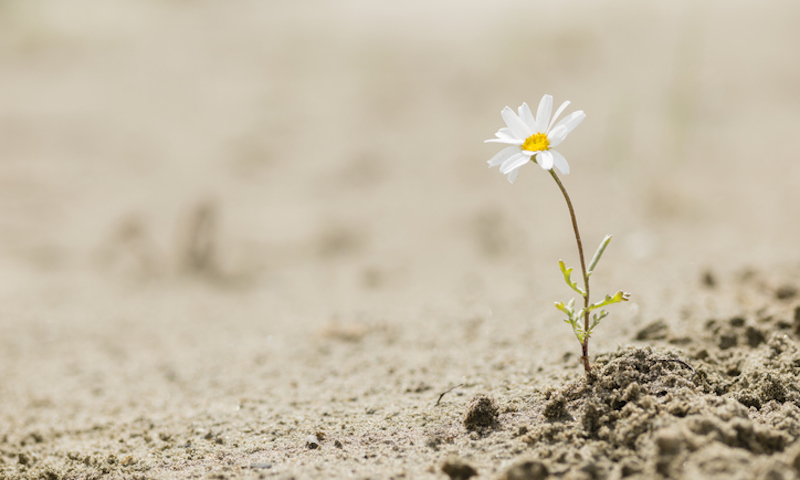 Suzanna Quintana wrote some words that helped her understand narcissistic abuse. She had no idea how many survivors’ lives she would touch.

My palms were sweating. My heart was pumping unusually fast. It was similar to that feeling I got when I opened my mouth to speak and tell someone what had happened: they wouldn’t believe it; they’d think I was crazy (just like he used to say); and my stomach would punish me for even thinking about sharing my story. Probably a good idea just to shut up, Suzanna. Play nice. Be a good girl and shhhhh ….

This was the fourth draft I had written. I let a month or two slip by before even attempting the final draft, or maybe that was three months, or four. The fear of putting my words out there for all to see was overwhelming, not just for strangers to read, but the people who knew me back then, the friends that I no longer had, the judgers, the skeptics … and Facebook. What would they do when I broke my silence?

Something, however, pushed me forward, and after a nail biting editing session on the final draft of “Understanding the Language of Narcissistic Abuse” I hit send and it was off. Anyway, it’s not like many people were going to read it. I had written pieces—shorter, less revealing pieces—for publication before and none had garnered enough views to brag about. But maybe there would be that one woman out there who had a similar story to mine, a woman like me who was all alone too, who had suffered for years at the punishing hands of a man she loved. A woman who felt dazed and confused, not herself anymore, crazy. Maybe that woman would read my story and feel less alone. Maybe I would feel less alone. Maybe she was still in an abusive relationship and my story would help her take the first steps to escape it like I did. Was there another woman out there like me?

Or maybe not. At least, not just one…

It was an early Monday afternoon when I checked my email like I did every day. Elephant Journal had sent me a link to their publication of my piece over an hour before. Okay, this shit was real now. Now I was scared. What had I done? I braced myself for the backlash (mainly from him, since that’s how my brain was used to working). My fingertips sweat onto the keyboard as I clicked on the link that would then change my life. I read through the piece again just to check for mistakes, starting at the top, moving slowly down, feeling my stomach turn and start to hurt at the sight of my words now in the spotlight for anyone to see. I scrolled further down to my bio—everything looked good.

I closed my eyes before scrolling down even more to see how many people had read it, if anyone had read it. I hoped at least there was that one woman out there who had.

Ten thousand views. I thought it was a mistake so I refreshed the page.

Twelve thousand. I continued to refresh over the next few hours, into the night, and over the following week.

What the hell was happening? And then the comments came flooding in, all over the website and Facebook. I couldn’t keep up with all the reading. My phone, which was usually dark and notification-less unless my oldest son played his turn on Words with Friends, lit up with message after message. The Facebook icon had 30, 40, 50 in red.

Your story is my story!

Your article was a breakthrough for me!

Because of you, I no longer feel alone!

What was going on? There were others? This was a thing?

On Facebook I was flooded with friend requests from women (and two men) from all over the United States and the world: Great Britain, Canada, Argentina, Greece, Romania, Germany, Mexico …. Singapore? I looked at a map.

I received hundreds of private messages. Over thirteen thousand had shared.

Surely my story of surviving an emotionally abusive relationship that nearly killed me couldn’t be that common? The days I had spent alone, in my closet, on the floor sobbing uncontrollably, unable to leave the house because of the circles under my eyes; the nights I spent going to bed alone, slipping into an emotional coma, staring into the mirror wondering who that crazy woman was staring back—did someone else feel this way too?

I could have written this story.

Because of you, I’ve been able to wake up to the harsh realities of my marriage.

I am finding strength from your experiences.

I have spent the last few hours sobbing … thank you for showing me the truth.

I have never read anything that so accurately described my own suffering.

Your article was my breakthrough.

Now I can escape.

Now I can find peace.

Now I can finally heal.

And the message that brought me to tears, overwhelmed at yet another woman who trusted me enough to share her own story:

I read your article in the parking lot of a McDonalds while my toddler slept in her car seat. I read it over and over again. I sent it to my mother. To my father. I mean it from the bottom of my heart when I say it changed my life. Now I feel free. I feel light. I sleep better. Thank you.

How could I have known so many suffered as I once did? It was like an underground community of those in pain and who had overcome their pain suddenly raised their voices together and so loud that heaven could hear them, and could hear me because my own voice gained strength with the addition of theirs. And though my own wounds were far from being fully healed, somehow this idea that my story had been heard and validated caused a visceral reaction so deep within that I immediately felt connected with these women who now I considered soul sisters. Fellow Warriors. Friends.

Before the publication of my story, I spent over a decade in silence, drowning in the shame and guilt that so many victims of abuse feel before they step into the light and realize the truth. Because it is only when we learn that we are not alone can we fully begin the journey of recovery and healing, a journey that includes giving and receiving the love and support to our sisters who haven’t found their voice yet. It is now I see that I am only as strong as my sisters, these brave women who withstand untold pain before pulling themselves out of the darkness, sometimes only inch by inch, to finally claim their own space in the light.

Because that’s how these things work: We are all like Dorothy in The Wizard of Oz, searching for a better life, an end to our pain and struggle somewhere over the rainbow while battling evil monkeys and wicked witches, not knowing the power was in our own hands all along. We just needed that special goddess—or goddesses—to point it out.

So to all of you who were that goddess and helped me along this yellow brick road, thank you for saving my life. And to all of you still in the darkness, still suffering and broken and wondering how you’ll make it through, if you ever wondered as I used to do whether there was a woman out there like you who knew your story and felt your pain, I’m here.

Along with a few thousand of my new friends.

I wish I could have communicated to other people what was happening — it seemed that no one wanted to really listen….. I was so isolated and, therefore, trapped….until I decided I had had enough… I remember reading an article in Cosmo about red flags for abusive relationships… It listed extreme possessiveness and jealousy and removing friends from one’s life, thereby, deepening the isolation…. Anything could set him off…. I could never argue with him because he always said I was wrong….the last red flag was a warning: that leaving the relationship could set off physical violence as the abuser… Read more »

And there are plenty of women that are also narcissists. I have an aunt who is one and friend of mine had a wife who was one.

So true David, I often think of gender stereotype when reading articles about this subject. My research into narcissistic abuse has opened my eyes, and I have been able to see it in my Uncle who married a woman that always got under my skin. Now I can place my unease around her, she is a narc and I can see through her snake charms. I can pick up on my uncles subtle remarks. My heart goes out to the men suffering, because they have an even more difficult battle. I can say as a woman it’s already hard enough,… Read more »

Thank you, DJ. I am grateful every day for my freedom, and never again having to live under such conditions. I finally feel truly alive and at peace! And yes we all deserve that. I’m grateful for your kind words of support. Thank you again.

Never in my wildest dreams did I imagine there was a single person out there that would understand, let alone share my story. Then, by chance, I found the word narcissist. Then I found articles about narcissistic abuse and empaths. Then I found Facebook sites with inspirational memes. Then I read story after story of other women’s testimonials, all of which left me feeling hijacked in a way, like my feelings and years of private abuse had somehow been plagiarized. I went into shock, not only was I not alone, this was HUGE! Then I read Suzanna ‘ s brilliant… Read more »

How fitting you have Goddess in your name because that is exactly what you are to me! I am humbled beyond words at your message. And yes we are much more than fb friends, we are soul sisters, Warriors, not only surviving but thriving and moving mountains with our collective voices. And we will never be alone again! I am so grateful for you “Dragon Goddess” — truly grateful to know yet another beautiful and brave soul. <3

Still sweating as you scroll down to the comments?

Don’t. Because the word that comes to mind is, “powerful”.

I was there in my first marriage. I can remember my chest tightening as I drove up the driveway, wondering what the issue would be tonight.

I got out, and glad you did too.

Though I’d make a pretty ugly looking goddess, I do hope you find true happiness. We all deserve it.

Thanks for sharing that.

Facebook407TweetPin7EmailShares414
wpDiscuz
7
0
Would love your thoughts, please comment.x
()
x
| Reply
Share this ArticleLike this article? Email it to a friend!
Email sent!