Get Daily Email
Join/Login CLOSE
Home / Ethics & Values / Leaving Room: Why I Didn’t Take My Child to a Protest 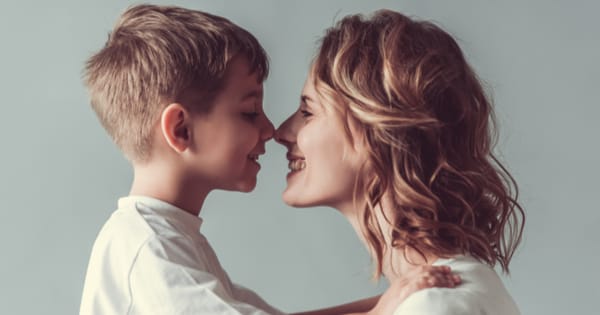 The day after this year’s Women’s March, my newsfeed was flooded with pictures of the event: the speakers, the signs, the shirts, all set against a crisp blue sky. Several of my friends had marched, some with their small children. There were photos of grade school-aged kids and younger holding up handmade posters saying things like “Science is real.” I saw a toddler in a t-shirt that read “Hands off my body.” Being politically active in my small, conservative town in eastern Washington state, today a friend asked if I had been at the march with my 5-year-old.

In the summer of 2018, it was me who was in front of my local U.S. Congressman’s downtown office with about 50 other people. My lime green poster read “Separation costs taxpayers more” in black letters. Other posters said similar things. We chanted “Keep Families Together” to passers-by. Up until then, our Republican Congressman had been noticeably quiet on President Trump’s practice of detaining children separate from their parents at the border. There were small children at the protest, playing and coloring and making more signs demonstrating our purpose. I saw several children who were my son’s age. The event was modeled after a similar one near Seattle, where parents and grandparents brought their children and grandchildren in a sort of protest/playdate type thing. See, people? Families belong together. A friend had greeted me and asked if I had brought my son.

Both times I had thought about it: having him to see the energy of unification, the expression of First Amendment rights, the democratic platform that promises to advocate for others; to impress upon him the virtues of social justice and of lending our voices to those in need. In the age of Trump and the ubiquitous protests, it’s worth considering if I want to involve my young child.

Don’t misunderstand me. I want to raise a conscientious, empathetic child who is aware of the world. I want to instill a strong sense of integrity in him, where he can think about tough issues and act to make a difference. I want to raise a child who will fight injustices. I want him to work to improve the lives of others. After all, I believe in those things.

But do I need my son to validate, or even share, my beliefs?

I want him to want these things. Not me. I want him to come to these conclusions on his own, through reading books, through conversation, through his own critical thinking. Not by making my fight his fight too. Not by overwhelming him at a protest. It’s confusing. It’s in-your-face. It’s not age-appropriate.

My son is also very sensitive. He writes cards to his stuffed animals when he thinks they seem down. He talks about how he’s feeling inside, and draws me pictures of rain and sun to reflect those feelings. He tends to take a while to process his thoughts, and sometimes those thoughts ruminate. His sensitivity is beautiful, but it’s not without emotional pitfalls. Knowing that there are children who are feeling unsafe, who can’t see their parents, who are homeless, would be devastating to him. It’s the same reason I don’t talk to him about school shootings or refugee children. While those things keep me up some nights, and will someday need to be discussed, his question to me now, even if he doesn’t say it out loud, would be: could it happen to me? My job, as he gets older, is to help him mitigate his anxiety, not add to it. My job, as he gets older, is to preserve his sensitivity while teaching him to be strong and to understand the nuances of humankind in all its inequalities and bests. My job is to send him off into the world, not force the world at him. My job is to help shape, then leave room, for the person he is becoming.

So today, I’ll worry about children separated at the border. Today, this is a fight for me. Later in life, my son can join me if he’d like; I’d be thrilled to make room for him.

As much as I wanted to be at the Women’s March this year, I was home watching a puppet show. Right where I was supposed to be.

I want to raise a conscientious child, a child who has empathy, who is aware that some don’t have what he has, a child who will fight injustices. In order to do those things, he has to feel secure. Only then can he develop critical thinking. Because arriving at his own conclusions in his own time will cement them in a way I could not.

Lorna is a Pacific Northwest writer and poet. Her work has been recognized by PNWA and the Oregon Poets Association, and has appeared in Jellyfish Review, Scary Mommy, 34th Parallel Magazine, the 2018 anthology Washington's Emerging Writers, and elsewhere, for which she is grateful. She is a regular contributor to The Good Men Project, and has been a guest blogger at Literary Mama. Find her online at www.lornarose.com. Connect with her on Twitter: @LornaARose and Facebook: @bigthings2.