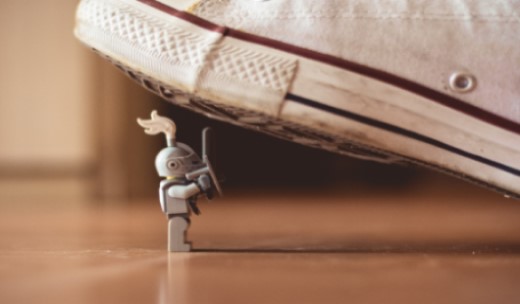 My favorite video game growing up was Nintendo’s The Legend of Zelda. It was my first virtual foray into the warrior archetype, and it was one of only a few games that could match my vivid imagination.

It had everything: swords, dungeons, castles, magic, complex puzzles, danger, and a damsel in distress. The protagonist, Link, was a symbol of courage. At the onset of the game (before finding a sword, bow, shield, etc.) courage was his only weapon. I came of age as Link came of age — moving from boyhood to manhood by conquering my fears and achieving success against all odds. Of course, time passes a lot slower in real life, and I didn’t have to kill any bad guys or save any maidens.

Nonetheless, I approached the real world like it was a video game in a lot of ways. Life was to be conquered instead of experienced. I had to earn a woman’s love and affection through noble acts, strength, and valor — although there were far fewer opportunities to demonstrate these qualities than in The Legend of Zelda.

The difficulty comes when a boy grows old enough to realize that he has far more limitations in real life than he does in the virtual world and that there is far more to being a man than flexing muscles.

I would go so far as to say that some men never pass through the warrior stage of their childhood. The video game never ends (so to speak). They remain locked in the epic struggle of good against evil while ashamed of any weakness or uncertainty, even though a healthy dose of one or both is what leads a man to give up the struggle and pursue less juvenile but equally satisfying endeavors, such as fatherhood.

The most tragic of these men go to war (in real life) but never return from it. They either die physically or die mentally/emotionally. My uncle, Tom, who I never got a chance to meet, was one of those men.

He was one of thousands of soldiers who committed suicide as a result of his experience of the Vietnam War. In today’s world, as many as 20 veterans commit suicide every day. This is far higher than the rate of suicide for those who do not serve in the military.

A fact like this makes me question whether men are really cut out to be warriors. If battle deaths, injuries, substance abuse, and residual effects on veterans’ families are included, going to war is by far one of the most dangerous actions the modern man can take. These are consequences that video game designers tend to leave out of their coding. Yes, one can be injured or killed — but one can always restart the game.

I think it’s time men acknowledged the warrior archetype for what it is at its root — a childhood fantasy — and that we keep it as such.

Photo by James Pond on Unsplash

END_OF_DOCUMENT_TOKEN_TO_BE_REPLACED

Facebook36Tweet4PinEmailShares40
wpDiscuz
Share this ArticleLike this article? Email it to a friend!
Email sent!