Get Daily Email
Join/Login CLOSE
Home / Ethics & Values / Many California Cops Have Kept Their Jobs After Convicted of DUI, Other Crimes 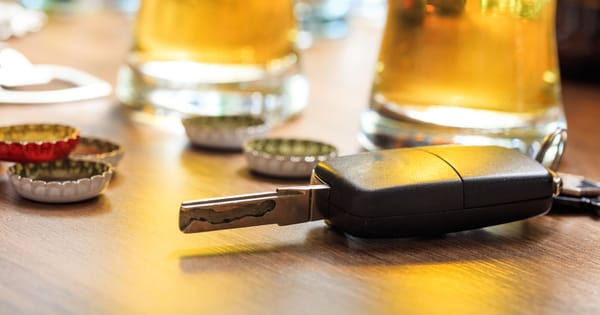 Over 80 police officers working in California are lawbreakers, says Voice of Sangiego writers, Robert Lewis and David DeBolt. Most of these officers committed serious DUI offenses such as harming other road users while drunk on duty and driving recklessly.

In a report published on Voice of Sandiego, on November 10, 2019, reporters sampled 648 cases brought against the police in the past decade and found that 630 of these officers are convicted criminals, an average of more than one convicted officer per week.

The research further found that about twelve policemen with convictions are still employed at the Los Angeles County Sheriff’s Department. Five officers with criminal records are also working for the Riverside police. Worse still, the acting chief of the Riverside police Larry Gonzalez pleaded guilty to DUI in 2013 while he was still a lieutenant. He had reportedly crashed a city-owned SUV in the incident, and when the police checked his blood-alcohol level, it was near twice the legal limit.

There was also the case of a Kern County Sheriff’s deputy who ran over two people while making a phone call and speeding recklessly behind the wheels. And a Santa Clara County Sheriff’s deputy who slept off while driving and ran into two élite cyclists, killing them. The officers have often pleaded down felony charges to mere misdemeanors that allowed them to keep their jobs.

A criminal conviction is something absolutely no one wants on their record and typically, most people manage to go through their lives without getting one. Well, except for the Driving under the Influence (DUI) record. DUI cases are one of the most often occurring criminal offenses in the United States. The crime is usually accompanied by major long and short-term consequences, some of which could last for years. For this reason, most people, when charged with driving under the influence, would usually seek out a good felony DUI defense lawyer.

Some short-term implications of a DUI conviction include; expensive fines and fees, temporary suspension of driver’s license, jail time, community service mandated by the courts and high insurance premiums. Even after fulfilling these grave short-term consequences, the criminal record that sometimes comes along with a DUI charge can have devastating long-term effects on one’s career, business, and family.

A felony DUI conviction, for instance, comes along with the stigma of being known as a felon for the rest of your life, the offender also often faces suspension of their driver’s license, or worse, prison time. The conviction affects a person’s basic civil rights, making it almost impossible for the convict to find good jobs, or good neighborhoods to live in. For this reason, everyone must learn how to protect themselves and their families from a DUI conviction.

One of the very first things to do when charged with felony DUI is to hire a knowledgeable DUI defense attorney who has a wealth of experience in handling similar cases. DUI cases often come with various levels of severity, and for each level, there is a lawyer experienced enough to handle it. Some DUI cases involve just driving a vehicle while influenced by drugs or alcohol; while other cases are more complicated, such as DUI cases involving injury or death, multiple DUI convictions, and prior felony DUI convictions. For every kind of DUI charge, there is a competent felony DUI defense lawyer who can handle it.

Facebook70Tweet1Pin1EmailShares72
wpDiscuz
Share this ArticleLike this article? Email it to a friend!
Email sent!