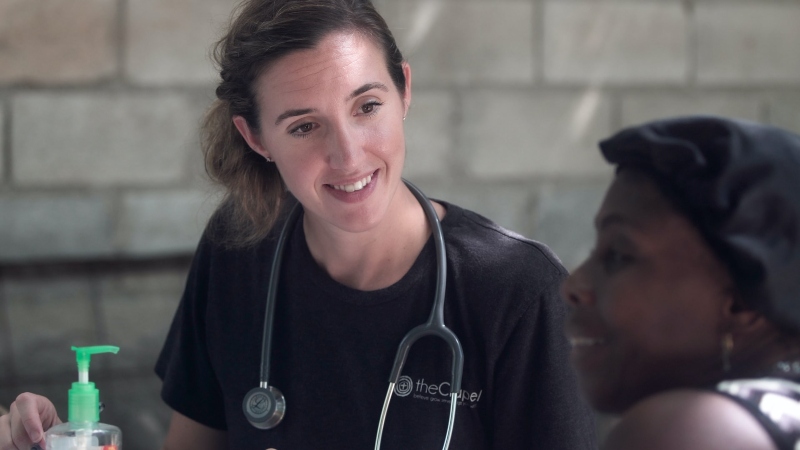 Every year, National Nurses Day is celebrated on May 6 to raise awareness of the role nurses play in society. The date also marks the beginning of National Nurses Week, which begins on May 6 and ends on May 12, Florence Nightingale’s birthday. In addition to the annual celebration, the World Health Organization has smartly declared 2020 the “International Year of the Nurse and the Midwife,” in recognition of their contributions to medicine.

There are currently 3.8 million nurses, including midwives, working in the United States. Compare that number to the other members of the first-responder teams throughout the country. There are currently 850,000 police officers, 1,135,000 firemen, and 950,000 doctors also on the front lines of our country waging the daily battles between sickness and health, and good and evil. Nurses represent more workers than all the other first responders combined.

I practiced orthopedic surgery for close to thirty years, and while there are numerous paramedical personnel that comprise the medical team, I can say from personal experience that there is none more valuable than the nurse. I did not always feel that way about my nursing colleagues, but, as the adage goes, experience is the great teacher.

I graduated medical school in the early 1970s, with long hair, a bushy mustache, and a very cocky self-important attitude, all leftovers from MASH the movie, and the Vietnam War days. I graduated on June 30 and was scheduled to start my first rotation as a surgical resident on July 1. I walked into the emergency room of the city-county hospital at 7 a.m., dressed in my gleaming white coat, and armed with my medical bag containing a stethoscope, an otoscope, a flashlight, a few tongue depressors, and my emergency medicine handbook. I sought out my senior resident, whose job it was to show me the ropes, and slowly and gently tutor me along in the emergency care of heart failure, diabetes, pancreatitis, as well as a myriad of other diseases. My job was also to learn to suture small lacerations that didn’t warrant the interest of the plastic surgery resident, and how to recognize fractures and dislocations of body parts that needed the attention of the orthopedic resident.

All was well and good until 7:10 a.m., when the senior resident passed me in the hall, duffel bag over his shoulder, and informed me that his Berry plan had terminated, and he had been drafted to Vietnam. And that I was on my own. And best of luck because I would need it.

As I stood in that green-tiled hallway, I felt my cocky attitude wane, and my stomach turn to water. When I re-surfaced near the nurses’ station, I felt the glares of all those present, as they were just as disappointed to have a rookie in charge of the ER as I was. The next thing I remember was that a very loud bell sounded, which I learned was the signal that an extreme emergency was en route, and I quickly followed my co-workers to one of the “shock rooms,” reserved for the severely injured and dying patients. While we stood around the stretcher, waiting for the arrival of what turned out to be a gunshot wound to the chest, I broke the silence by saying to the surrounding nursing staff, “This is my first day, and I have no idea what I’m doing. If you’ll help me out, and tell me what to do, and don’t let me kill anyone, I’ll make it up to you.”

That brought some smiles and nods to their faces, and then the levity ended as the GSW arrived. The victim had been shot in the chest. The head nurse was named Delores, said she was a Navy vet, and quickly came to my aid. After the patient was intubated by the anesthesia resident, she showed me how to insert a chest tube, whose function was to drain the blood from the pulmonary cavity and re-inflate the lung. When that wasn’t sufficient to get the heart and lungs moving normally, she called upstairs to the chief surgical resident, who was embroiled in his own emergency chest surgery and could not leave. Between he, via the phone, and Delores standing nearby giving instructions, they talked me through opening the man’s chest and clamping the torn branch of the pulmonary artery, after which the aberrant blood flow stopped, and the man’s vital signs began to return to normal. The staff transported him quickly upstairs to the cardiopulmonary operating suite, where the chief resident repaired the damage, and saved the man’s life.

I received a short round of applause from my fellow first responders, one of whom suggested I might consider changing into some clean scrubs. Once in the call room, I saw in a full-length mirror that I was covered in blood, my pristine and pointless academic lab coat ruined. I stood there for an emotional moment and wept uncontrollably. I heard a knock on the door. It was Delores, who told me there was no time to waste on a pity party, that we had another GSW on the way, and as they say in the Navy, “All Hands On Deck.” And then she said, “Great job, Doctor.” From that day forward, I vowed never to forget what Delores and her nursing colleagues had done for me that first day in the ER.

I was blessed to have only two nurses over the course of my orthopedic practice, each working about a 15-year stint. They both were my best friends and allies, and without whom I could not have possibly done my job. Nurses do not enter their chosen field to become rich, or famous. They become nurses to care for people, to cure diseases, to save lives, and, in some cases, to show an arrogant young surgeon the ropes. They deserve all the respect we doctors and patients can muster.

John Bishop MD is the author of Act of Deception: A Medical Thriller. Dr. Bishop has practiced orthopedic surgery in Houston, Texas, for 30 years. His Doc Brady medical thriller series is set in the changing environment of medicine in the 1990s. Drawing on his years of experience as a practicing surgeon, Bishop entertains readers using his unique insights into the medical world with all its challenges, intricacies, and complexities, while at the same time revealing the compassion and dedication of health care professionals. Dr. Bishop and his wife, Joan, reside in the Texas Hill Country.