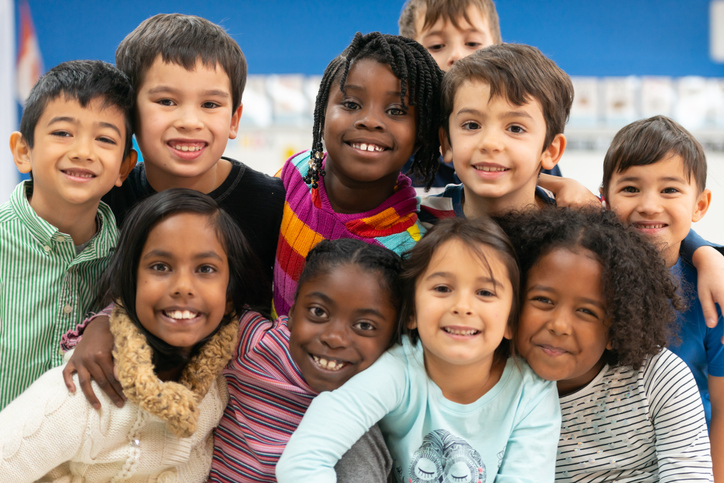 —
“You send your kids to public school?!”

“Do you know what they’re being exposed to?!”

“You let them ride the SCHOOL BUS?”

These are all actual things that have been said to my husband and I, a middle-class white couple living in Baton Rouge, Louisiana, where informal segregation is definitely still a thing. Few people seem willing to talk about it or even acknowledge its existence, other than to express utter shock when they realize that not only do we embrace cultural and racial diversity, but we do our best to seek it out.

Our town was once known for its passionate football fans, crawfish boils, and Mardi Gras parades; it has recently drawn worldwide attention for the recent killing of Alton Sterlingand three police officers who were gunned down in the line of duty. To say that racial tensions are running high is a gross understatement, but as anyone who has ever lived here or visited can attest, most of the residents of Baton Rouge truly are good people. It’s just that some of them are also racist.

And yes, I do think it’s possible to be both.

There is a street running through town that is still referred to as the “Mason-Dixon line,” clearly separating the majority of the black population from the white one, and the good schools from the not-so-good ones. Our home is located in the predominantly white area of town, but our neighborhood school is a cultural melting pot. When I drive by the school playground, I see children of every color, and it makes me happy.

As a white American woman married to a white American man, who regularly shuttles three white, American-born children around town in a minivan, I know that people look at me and assume things. They often assume, mistakenly, that I would never vote for a black President. They often assume, mistakenly, that we have more money than we do — because white people who live in our district are usually the ones paying for private school, to avoid sending their kids to the public ones. These assumptions must be what make it okay for other white people to open their mouths and say some of the most preposterous statements to us. Like, “DO YOU REALIZE YOUR KIDS ARE USING THE SAME BATHROOM AS BLACK CHILDREN?”

My husband and I, up until now, have changed the subject when things like this come up in conversation, mostly because it’s still so shocking to us that anyone would actually think or say those words in 2016. Hello, America, we’re supposed to have all moved past this racial garbage.

We have not faced the conversations head on because, honestly, it’s uncomfortable to have them with people. We want the best education for our children — don’t all parents want that? — and for us, the best education includes an array of children from all walks of life. Frankly, the thought of encasing our kids in a bubble where everyone looks and thinks just like they do terrifies me. How can we expect our kids to grow, to think, to thrive, if we don’t expose them to other ideas? I believe that the foundation of bigotry is ignorance, and my children may grow up to be many things, but I’ll be damned if they grow up to be bigots.

Most of the white families in this area have either moved out of the city limits to send their kids to predominantly-white public schools — a phenomenon known as the “white flight” — or they pay an exorbitant amount for private school tuition. The masked horror that crosses their faces when they ask me, “Where do your kids go to school?” and I reply, is unmistakable. We don’t look like the typical Baton Rouge public school family.

Sometimes people brag that they are teaching their children “not to see color.” But what does that even mean? My kids see color, they see culture, they see differences in people, and we talk about them openly. Pretending that all people are the same isn’t going to repair the damage or close any gaps; acknowledging those differences and celebrating them, will. Sending my kids to a school filled with children of vastly different backgrounds gives us the unique opportunity to talk about those differences, discuss what we do or do not approve of in our home, and why it’s okay if others live differently than we do.

People fear what they don’t know, and fear breeds hatred.

It’s time to open our minds and our hearts — not for our sakes, but for the sake of our children. We chose a racially diverse school that offers amazing educational opportunities, and my son has friends who are Korean, Indian, and African-American. I could talk to him all day long about race and class, but nothing can replace the social education of riding a school bus full of kids who aren’t necessarily white. That might not be the right choice for every family, but it’s the right choice for us — and I think it’s important for other white people to see that it’s a good thing.

The future of our country is in the hands of the generation that we are raising; they are watching us. They hear our words and mimic our behaviors, for better or worse. Unity comes at a price, and that price is the discomfort of stepping outside of our bubble — regardless of which bubble you come from.

It’s time to get uncomfortable.

This article originally appeared on Babble. For more like this on Babble, try:

I’m pretty certain that a vast majority of the people who use that phrase don’t mean it literally.

Your position fails after the headline. All children should be taught to see color — and then favor their own over others. The notion of universal equality erases ethnic nationalism and has no place in a modern society.

Facebook138TweetPinEmailShares138
wpDiscuz
2
0
Would love your thoughts, please comment.x
()
x
| Reply
Share this ArticleLike this article? Email it to a friend!
Email sent!