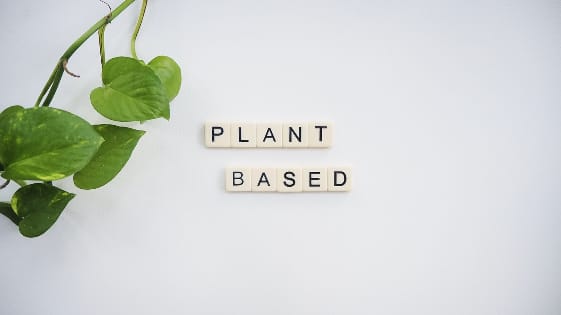 Meat has been linked to masculinity since the beginning of time. Men went out to hunt, while women stayed home and remained and reared the children while tending to housework. While the role of gender in the home has been on the move and morphing for at least a few decades now, our diets have at times taken a back seat.

Until recently, the main thought behind eco-friendly practices in our everyday lives has primarily been focused on our use of plastic bags and bottles and recycling. But the planet is in a dire situation, which calls for dire actions to be taken. That has led us to the moment we are currently in.

Right now, restaurants and well-known fast-food restaurants around the world such as Burger King and Del Taco, along with the more veggie-friendly menu options on countless restaurant menus, are implementing at least the possibility of change by adding plant-based menu items. Burger King recently introduced the Impossible Burger, one made of entirely plant-based ingredients. Del Taco included on their menu a variety of Beyond Meat options to add or substitute in place of meat in most orders. While commercials are flooding the airwaves of “real customers” trying these new menu additions and raving about the taste and quality, many, in fact, millions, of people, still find the talk of what goes on our plates to be incredibly personal and a hot-button issue.

If we are to return to the thought of man and meat being inextricably linked throughout the years of our existence on our potentially ill-fated planet, we must examine why some are so quick to criticize plants in diets and what that specifically means in terms of ideas of masculinity. In 2017, Penn State professor of sociology Anne Delassio-Parson published an article titled “Gender, Place and Culture: A Journal of Feminist Geography.” In it, Delassio-Parson discussed the link between men and masculinity. She conducted various interviews of people living in cultures that were considered meat-heavy territories, such as Argentina.

In her study, Delassio-Parson wrote, “Women, for example, assert authority over their diets; men embody rejection of the meat-masculinity nexus by adopting a worldview that also rejects sexism and racism. I contend that in such a context, we cannot separate the ways people ‘do vegetarianism’ from how they ‘do gender.”

This theory, or idea, if you will, indirectly says that if eating meat implies manliness, then refusing to eat meat or give it up (for any reason), adopts an unmanly, masculine and perhaps even weak nature.

In most ads around the world, you will find stock photo imagery of women eating salads and men ripping into a juicy, plump burger without a care in the world. The implication is that being somewhat carnivorous is inherently linked to masculinity. Not only is that just an ounce of the tons of systemic problems in the marketing and advertising industry, but it’s a great example of gender stereotyping. While the above theory of masculinity and meat being linked might sound silly and perhaps even archaic, that’s because it is. Women, all over the world eat meat. Meat from the animals also is of both genders, male and female. Carnivorous actions are found in nature, of course.

However, that is the real definition of eating to survive. Animals do not have the luxury of choice when like we do to walk into a store and grab an apple or protein bar. Most, in fact, would not go for such food item items in the first place. Our choice, our human choice, to eat meat or to not eat meat might be the greatest and most ongoing debate about what people put into their mouths – ever. Placing gender on items, food or not, is preposterous and just another way to indirectly exclude or put down others.

Meat has not only been shown to cause cancer and heart disease but is comes with devasting effects on the environment. Meat production, according to Greenfuture.io, creates quite toxic waste and is responsible for approximately 24 percent of global greenhouse gases every year. Contributing large amounts of methane and nitrous to the environment, which are receptively 25 and 300 times more potent than carbon dioxide, is the rotting cherry on top. This contribution alone should tell us that cutting out meat, for at least one day a weak, can make a world of difference, literally. Much like voting, if everyone does it, the amount of change possible is extraordinarily huge. Furthermore, if every single person abstained from meat on Mondays, and only Mondays, doing so would be equivalent to taking 273 million cars off the road. Human advancement and human choice have taken a toll on our and other living creatures’ environment. If we are to save this thing we like to live on called Earth, perhaps we need to turn more, if not all, plant-based.

If we want to change our planet and prevent its slow and painful death, eating less meat is not only a step in the right direction but possibly one of the most important. People are more likely to make incremental and somewhat small changes than they are to give up their car to reduce pollution to the environment. Cutting out an ingredient for one day per week seems small, but mighty. Eating less meat doesn’t make anyone person less masculine. To some, the plain and simple actions of looking out for environmental health might even make a person more attractive to some. Think about that the next time you see a commercial or advertisement for a juicy burger plumped up with a side of testosterone and caveman-esque qualities.
—

Facebook9Tweet1Pin2EmailShares12
wpDiscuz
Share this ArticleLike this article? Email it to a friend!
Email sent!