We’re bought up in a modern culture where we’re waiting for things to happen. You see this on TV, where rock stars are the ones with a plethora of fans chasing them. You’re told if you’re ‘successful’, you get to sit back, and fans will automatically serve themselves to you on a platter.

However, this rarely pans out in real life. Well, assuming you’re not a rockstar and you don’t have plans on being one. 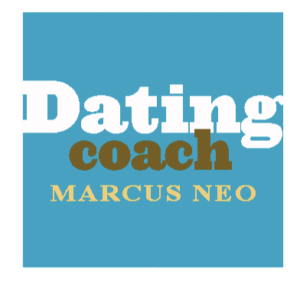 Thinkers such as David Deida have touched on the subject of the two polarities of masculinity and femininity by using metaphors with the male being the ship who is spearheaded in direction and women being the ocean.

Basically, what he meant was this: it’s a traditionally masculinity behavior to take control of your environment, and shape it to your will.

This same concept can be applied when it comes to bettering yourself in your interactions with people.

I once was taught to rely on fanciful tricks and hard lines when meeting new people. Those tactics did help to an extent. They were also good reasons to go out and take action. Whether in the form of slight insults or crazy handshakes, at least I was trying something. People gave me a lot of leeway because I was trying.

It worked for a couple of years.

However, as I improved and got results, I became a lot more grounded in my demeanor. Many of the same tricks didn’t help anymore. You see, the world had a different expectation from me. I outgrew those boyish tricks.

If you see a socially insecure man who is minimally trying his best in a bar, you’re going to give him some lee way, you’re even going to respect him a little for stepping up. However, if you saw Dwayne Johnson trying magic tricks attempting to impress people in a bar, it will have an opposite effect, he’ll come off as way too try hard.

Like it or not, the world is going to judge you. The world, composed of society and individual people, is going to expect different performances from you depending on how you carry yourself.

However, this isn’t always a bad thing.

The more confident you become, the more people aren’t going to give you lee way.

When you’re socially awkward, the attempt of short term strategies can come off as confident behavior. However, as you improve your social sense, become more aware of your body language, eye contact, and how you carry yourself, you’ll naturally be perceived as more confident overall.

When those lines and tricks didn’t work anymore, I realized I needed to realize my confidence. I couldn’t use tactics as a shield anymore. Since people have different expectations of me, I needed to risk true rejection. I know that in hundreds of interactions with people, a good many of those jokes or lines I used were a cover up to risking a real rejection, a cover up to being vulnerable, a lack of confidence.

This is where the majority of men go wrong. They perceive masculinity as masking their vulnerability and as a display of machoism. Hence, the un-needed bravado. However, true courage is the willingness to be defenseless. It is to be comfortable with rejection. True courage requires true rejection. It’s one thing to use a line, or a tactic, it’s another to put yourself on the line, get rejected, and be OK with it.

There were dozens of interactions I knew I should have grabbed life by the horns and risked rejection by expressing how I really felt. However, in those many of those interactions I fell back to my old crutches: my wit, my humor, and my lines.

Now, you may ask, what has all of this got to do with masculinity?

The Psychology of Masculinity: Taking Full Responsibility and Accountability for Your Actions

However, when you decide to take responsibility and face social rejection, you face it as an individual. This requires a conscious commitment on your end. If you get rejected: you’ll say to yourself: yes, they didn’t like me enough. That’s alright. Move on and adjust course.

It is a masculine act to take fully responsibility for your actions.

It’s your responsibility to spark the conversation, get the number, follow up with them, make a plan, and follow through with confidence. They’ll never do it for you. They’ll never make a move for you.

The more confident you become, the more others are able to sit back and receive. It’s two polarities being magnified.

This isn’t a bad thing either. When you pay attention to the psychology behind your masculinity, what’s in your core. You move things forward. You break through to achieve. When you take on this more polarized perception, you allow others to relax into the ocean. David Deida goes in depth into concepts on sexual polarity in the book The Way of the Superior Man.

Now, I want to make clear I have no intentions of being misanthropic in this article. It’s not that all people won’t or can’t make the first move in a social situation, however, from personal experience, the majority of people will prefer it if you initiate the interaction.

When you understand the psychology of your own masculinity when socializing, you will take full responsibility and accountability for your actions, and you’ll not only see a change in your interactions with people, but you’ll also experience this form of responsibility reverberating through all other areas of your life.
—

Marcus is a dating coach for men based out of Singapore. He writes psychologically validated advice on dating, sex and relationships at marcusneo.com