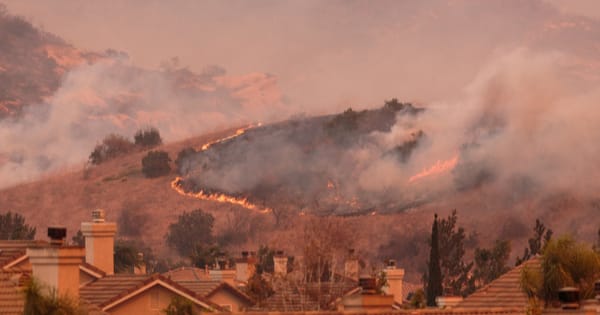 Tens of thousands of California residents have filed claims against Pacific Gas & Electric. These residents blame the utility for many of the fires that occurred in California between 2017 and 2018. These wildfires are alleged to have been sparked by the utility’s equipment, says a report on Fox News.

Up to 100,000 California residents, who were affected by those fires, are eligible for pay-outs. However, of this number, only thirty thousand victims had filed as at the beginning of October 2019. A bankruptcy judge had already established that the sum of $8.4 billion was going to be used to settle the victims who experienced losses due to the fire. Victims have however been slow in filing for a claim because many were not aware of their rights to file a claim.

PG&E claims to have contacted possible victims, through e-mails, websites, radio, social media and television ads. But the Associated Press obtained some court papers which showed that many victims denied getting any of the legal notice either because they had been displaced by the fires or because they had believed that the notice was a scam. Others claimed they weren’t sure if they could file for a claim without a lawyer while some thought that they were ineligible to file a claim since they had already been paid money by their insurance company. A couple of others believed they couldn’t pursue the claim at all because PG&E had gone bankrupt. PG&E’S Los Angeles Bankruptcy Attorneys had recently asked a bankruptcy judge to limit the company’s liability for wildfires.

PG&E, once California’s largest utility now struggles to escape bankruptcy as it tries to devise a means to settle all victims of wildfires and other creditors while avoiding a state takeover.  The company has up to the beginning of 2020, to reach an agreement with victims and other creditors if not; they may not be eligible to participate in a new state wildfire fund.

As if the company is not in enough trouble already, California is still battling with the fire season. There have been persistent dangerous high winds and dry conditions while PG&E continues to cut power from its customers.

This fire season, the utility has so far shut off power from almost three million people in central and Northern California, these blackouts sometimes last for as many as five days. PG&E says these blackouts are inevitable as they help to limit fires started by sparks generated when the wind blows down tree branches which then hit the live power lines.

However, critics, especially those from the state and local government, do not believe that the company is doing enough to warn the public about these blackouts and to lessen the impact of power cuts on the public. While high income earning families can easily afford to switch to generators to generate power, low-income families have to bear the full impact of these blackouts as they cannot afford generators.