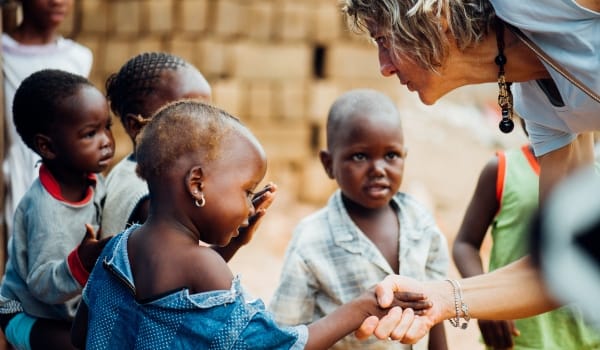 Apologists for inequality have a standard retort to anyone who calls for a more equal distribution of the world’s treasure. If you took all the wealth of the wealthy and divvied it up equally among all the poor, the retort goes, no one would gain nearly enough to accomplish much of anything.

Oxfam International, one of the world’s premiere anti-poverty charitable organizations, would beg to differ. The world’s top 100 billionaires now hold so much wealth, says a new Oxfam report, that just the increase in their net worth last year would be “enough to make extreme poverty history four times over.”

“Oxfam’s mission is to work with others to end poverty,” Oxfam analyst Emma Seery noted last week. “But in a world with limited resources, this is no longer possible without an end to extreme wealth.”

Oxfam timed its new analysis, The cost of inequality: how wealth and income extremes hurt us all, to appear right on the eve of last week’s World Economic Forum in Davos, Switzerland. This earnest “issues” confab annually brings together a glittering array of global business and political leaders.

The world’s corporate and financial elites began this January trek into the Alps back in 1971. But the Davos sessions really didn’t start grabbing big-time global media attention until the go-go 1990s.

“Throughout the boom years,” as a UK Guardian profile last week noted, “chief executives would gather every winter high up in the Swiss Alps to discuss in a lordly fashion the world economy and how it could be revised to suit their objectives and views.”

But in these days of deep global economic uncertainty, the power suits that frequent Davos have lost their mojo — and even feel pressured to address the global economic inequality they’ve so long tried to sweep under the rug.

“Oxfam’s mission is to work with others to end poverty. But in a world with limited resources, this is no longer possible without an end to extreme wealth.”
Oxfam analyst Emma Seery

Oxfam, for its part, is calling for much bolder steps to narrow the stunning gap between the global uber rich and everyone else. The group is urging world leaders to “commit to reducing inequality to at least 1990 levels.”

Meeting that goal, the new Oxfam report relates, would require a wide range of measures, everything from far more steeply graduated income tax rates to actual pay caps that limit how much corporate executives can take home to a multiple of what the lowest-paid workers in the firms they run are making.

Oxfam is also emphasizing the importance of cracking down on offshore tax havens. As much as a quarter of global wealth now sits shielded offshore.

But don’t hold your breath waiting for the Davos crowd to buy into any of this bolder agenda. Even the modest reforms that the IMF’s Lagarde urged last week found no wide support among the corporate and banking movers and shakers who ambled up to the Alps for this year’s Davos gathering

One American on hand for the 2013 Davos festivities, JPMorgan Chase chief exec Jamie Dimon, made no move to hide his distaste for reformers. Bank regulators, he charged, were “trying to do too much, too fast” — and spreading “huge misinformation” about the noble work underway at banks like his.

Other global corporate notables at Davos sang a similar tune. Azim Premji, the chairman of the Bangalore-based Indian high-tech giant Wipro, admitted that the new Oxfam data — on how the richest 100 people in the world are earning much more than enough to end the world’s worst poverty — do “sadden” him.

But Premji declined in an interview to term the incredible concentration of the world’s wealth in any way “unethical.” We need not waste time, he suggested, worrying about “redistribution.” We need instead to help the rich grasp their “obligation,” their “trusteeship responsibility,” to wield their wealth for good.

Trust the rich, in other words, to solve our problems.

Not on your life, says Oxfam.

“In a world where even basic resources such as land and water are increasingly scarce,” Oxfam’s Jeremy Hobbs sums up, “we cannot afford to concentrate assets in the hands of a few and leave the many to struggle over what’s left.”

Facebook34Tweet2PinEmailShares36
wpDiscuz
0
0
Would love your thoughts, please comment.x
()
x
| Reply
Share this ArticleLike this article? Email it to a friend!
Email sent!