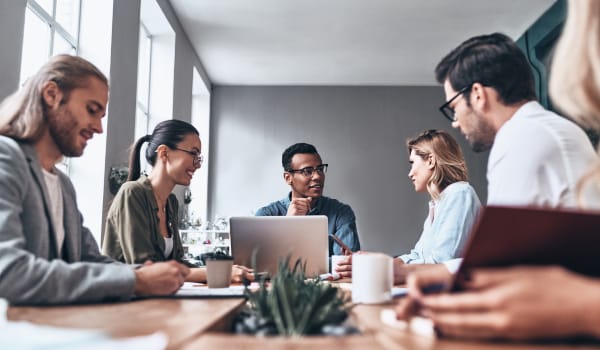 —
There’s an article doing the rounds today about public understanding and rejection of experts and expertise. It was discussed in an article in the THES late last year (which ironically I haven’t read). I recommend reading the original article by Scharrer and co-workers, not least because the article itself is about how reading lay summaries can lead to a discounting of expertise. A lot of the reaction seems to be driven by two things. The first is a line in the introduction of the paper that the authors “share the normative position taken by Collins and Evans (2007) that experts with specialized deep-level knowledge and experience are the best sources when judging scientific claims”. The second is the finding of the project itself, that:

[…]we found that laypeople were more confident about their claim judgments after reading popularized depictions. This was indicated by a higher trust in their own judgment based on current knowledge and, conversely, a weaker desire for advice from a more knowledgeable source.

There is an interesting collision of politics and epistemology here. Questions of authority (in both the sense of who gets to make decisions and whose judgement is decisive on the answer to a question) and expertise are being combined in a way which is neither surprising given the current political climate, nor to my mind helpful.

By coincidence I was reading Ravetz Scientific Knowledge and its Social Problems’s last night where he discusses what it is that makes what he calls “true scientific knowledge”. Ravetz makes a distinction between “facts”, assertions which are generally useful within a particular scientific domain, and “scientific knowledge”. The transformation of one into the other involves a process of abstraction and generalisation that in Ravetz words:

Eventually a situation is reached where the original problem and its descendants are dead, but the fact lives on through a great variety of standardized versions, thrown off at different stages of its evolution, and themsleves undergoing constant change in response to that of their uses. This family of versions of the facts[…]will show diversity in every respect: in their form, in the arguments whereby they can be related to experience, and in their logical relation to other facts. They will however, have certain basic features in common: the assertions and their objects will be simpler than those of their original, and frequently vulgarized out of recognition.

In this Ravetz echoes Ludwig Fleck in Genesis and Development of a Scientific Fact, where he describes the way in which a claim must first circulate within an esoteric (expert) community and then be transmitted and transmuted by an “exoteric” before being circulated back in modified form to the esoteric community. In both cases circulation, use, and transmutation beyond the expert community is critical to the social processes of converting claims and statements into those that qualify as scientific knowledge. Fleck is less explicit about the necessary process of simplification and “vulgarisation” but Ravetz is quite explicit.

Of course both Ravetz and Fleck are talking about transmission to other expert communities, not to wider publics but I am quite sympathetic to the idea of a social construction of knowledge that focusses on the question of what groups can deploy the knowledge. Ironically my knowledge of Harry Collins’ work is based on lay summaries and one or two conversations, but from what I understand of his position he would argue that the “non-expert” might be able to articulate or parrot what Ravetz would call a “fact” but would be unable to deploy it. Ravetz himself focusses strongly on “craft knowledge” as an underestimated part of the whole (as does Collins). It is in this question of whether a transferred knowledge claim is “deployable” in some useful sense that a reconciliation of these positions will be found. Later in the same chapter Ravetz talks about this boundary where knowledge may be transmitted towards a border where it may no longer be “true knowledge”:

[…]in a new environment [knowledge] may be adopted as a tool for the accomplishment of practical tasks or even for the solution of scientific problems; but in that case the objects of the knowledge will soon be recast aso to make the tool meaningful and effective to its new users. Moreover, only some parts of what seemed a coherent body of knowledge will survive the transfer; and it may be that those which were considered as the essential compoonents will be rejected as false or meaningless by the borrowers.

Ravetz takes a very strong position that what appears as loss should actually be seen as a process of refinement. I would take a more relativist position and argue that when we look at claims of knowledge we need to evaluate both the degree to which such claims clarify existing “facts” or provide new capacities within the knowledge community (deme in Cultural Science terms) that creates them, and how effective that community and the knowledge claim itself is at creating the social affordances that will allow its circulation, adoption, refinement and re-transmission to other communities/demes. At one level this is merely a restatement of a public engagement position that effective communication is crucial. Alice Bell as just one example has long argued for instance that effective communication is more important than mere access to traditional scientific outputs.

What it seems to me missing from the engagement position is the commitment to the follow on position to an effort to critical analyse and to re-absorb the forms of knowledge claim that do successfully circulate. What happens in the work of Scharrer et al, if the experts listen to the non-expert description of their work, and incorporate “what works” back into the way they discuss their own work. In Collins’ work, do the physics experts that he studies note which specific topics he most successfully “passes” in and use that to refine the way they describe their findings. If we understood better how the culture of different communities meant that specific knowledge claims (or specific forms of knowledge claims) created the social affordances that allowed enrichment of both communities then maybe we could get past the current sterile arguments about whether experts know anything.

In that sense what Scharrer et al are telling us is good news. We have ways to test what communications are working. The political question of who gets to make decisions or claim authority remains. But to my mind we have some more ways of testing whether we are truly creating knowledge in the sense that Ravetz and Fleck mean it. Our wider ability to trace how claims are flowing means we can ask the question, has this claim truly circulated beyond its source to sufficiently wider publics and back again? Is it constructed in a way that maximises its social affordances? And its starting to look like we may be able to evaluate (I hesitate to use ‘measure’) that.

This post was previously published on [Website Name] and is republished here under a Creative Commons license.