Get Daily Email
Join/Login CLOSE
Home / Ethics & Values / When ‘Wrong’ May Be Right: In Praise of Stubbornness 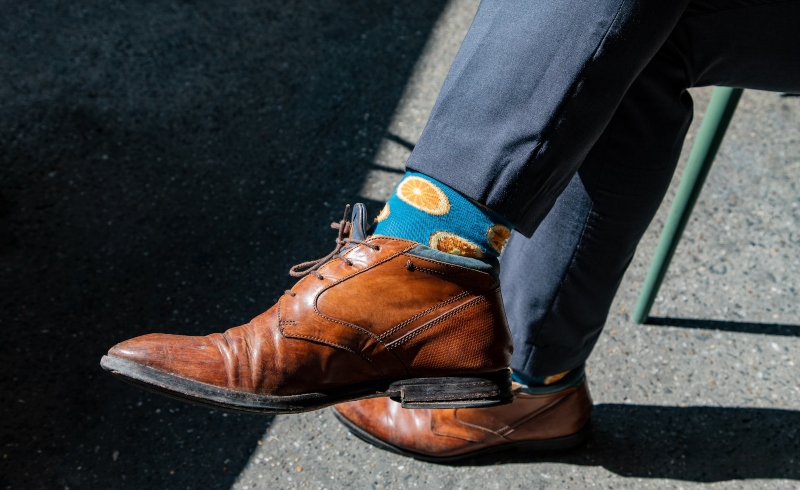 I have been tying my shoes the “wrong” way for over 30 years.

Let me explain: I’m in kindergarten, and our teacher is teaching us to tie shoes. I don’t get it. I can’t do it. I try the floppy cardboard foot with the laces woven through. I try my own shoes. Either way, the rabbit won’t go around the tree or through the hole, or whatever it is the rabbit is supposed to do. Either way, the laces won’t tie. My teacher chides those who get it wrong, and I don’t want to be chided.

Then, it hits me. I don’t have to tie my shoes my teacher’s way. I just have to make it look like I tied my shoes her way. I tie a knot. I make two loops. I knot those loops, and, voila, laces tied.

Decades later, my fraud would be vindicated when a scientific study, “The roles of impact and inertia in the failure of a shoelace knot,” (I swear I am not making this up) would prove once and for all that the way we’re taught to tie shoes as children is careless, inefficient and leaves laces prone to loosening. My impromptu method, devised to avoid getting yelled at by an impatient teacher, turned out to be the smarter, more efficient method after all. Sometimes stubbornness isn’t such a bad thing.

First, though, let me define my terms. When I say stubbornness, I’m not talking about ambition, grit or the many characteristics under the umbrella of perseverance for which most people already hold the utmost admiration. Nor am I referring to the kind of stubbornness surrounding strict adherence to a suspect or outdated tradition, times when the stubborn individual might be better served by evolution. No, I’m talking about the need, at times, to fly in the face of unfounded tradition. I’m talking about resilience when you’re waiting for the world to catch up with your way of thinking. I’m talking about the times your method isn’t wrong, merely different, when different can be a good thing.

Maybe shoelaces are a silly example. Here are some better ones:

Swedish pro golfer Jesper Parnevik, one of the finest golfers in the world, freely admits to holding his clubs all wrong.

“My knuckles go white,” he says in an interview with Golf magazine. “I’ve putted with a glove forever, but I’ve worn putter grips all the way down to the metal. That’s a little weird.” Weird may be the word, but that weirdness hasn’t kept Parnevik from netting over $15 million in career earnings on the PGA Tour.

Or consider iconic painter Frida Kahlo. As art historian Gannit Ankori points out in Imaging Her Selves: Frida Kahlo’s Poetics of Identity and Fragmentation, Kahlo, in her lifetime, was known mostly as the eccentric wife of painter Diego Rivera. She died unappreciated and virtually unknown outside of Mexico before several books and retrospectives resurrected her work and shined a long overdue spotlight on her art. But living in Rivera’s shadow didn’t keep Kahlo from completing a staggering 143 paintings before she died at the age of 47.

Parnevik and Kahlo are outliers, you might argue. Consider, then, something that most of us do most days: type.

Numerous experiments, including Finland’s Aalto University study “How We Type: Movement Strategies and Performance in Everyday Typing,” have shown that self-taught typists can type just as fast with as few as six fingers as professional typists, trained under the traditional touch-typing method, who type with 10. What matters, in the end, isn’t the “best” method but muscle memory and commitment to a single typing style.

Whether famous or workaday, sometimes we must work against conventional wisdom in order to achieve a desired outcome.

As leadership consultant Muriel Maignan Wilkins points out, stubbornness carries with it the risk of Pyrrhic victory. Proving a thing can be done your way doesn’t necessarily prove your way was best. In short, if you’re stubborn about everything, you’re doing stubbornness all wrong. As Wilkins notes, there are times when it’s far better to listen to others, synthesize ideas, consider tradition, stay flexible, compromise, and even admit when you’re mistaken.

My point, then, is simple but no less profound for being so, I hope. Despite platitudes and T-shirts, movie quotes and what passes for wisdom these days, there’s rarely one right way to do a thing. Where a prevailing method reigns, there are nearly always practitioners achieving at high levels in opposition to the dominant or “best practices” methodology.

In other words, just because there are many ways to do a thing wrong doesn’t mean there’s only one way to do a thing right. And sometimes your way is just waiting to become the new dominant way of doing a thing, as when American athlete Dick Fosbury, dismissed early on as the “world’s laziest high jumper,” won the 1968 Olympic gold medal with his signature “Fosbury Flop” and changed the face of the sport forever.

All of which is good news for me. After all, at 40 years old, I only use seven fingers to type, and I still tie my shoes my way.

Previously published on ucf.edu and is republished here under permission.
—

Photo by Dimitri Houtteman on Unsplash

David James Poissant is the author of The Heaven of Animals, a book of fiction published by Simon & Schuster. Other stories and essays have appeared in The Atlantic, The Chicago Tribune, The New York Times, and elsewhere. He teaches in the creative writing MFA program at the University of Central Florida and lives in Orlando with his wife and daughters.

Facebook13Tweet2PinEmailShares15
wpDiscuz
0
0
Would love your thoughts, please comment.x
()
x
| Reply
Share this ArticleLike this article? Email it to a friend!
Email sent!