What do you do when you see the hurt and need of kids in your community? If you’re Danny Mendoza, you set out to change their lives.

This post is sponsored by Toyota’s philanthropy program 100 Cars for Good. Starting October 1 and ending November 19, do your own good deed by voting for your favorite organizations and causes on the 100 Cars for Good Facebook App.

UPDATE: LAST DAY TO VOTE FOR YOUR FAVORITE CAUSE. VOTE HERE.

Looking at the world around us, it’s easy to become overwhelmed by all of the problems. Sometimes our impulse to help others is thwarted by the sheer magnitude of things we wish we could fix, or by a lack of essential resources. It’s easy to throw our hands up and say there’s nothing we can do.

But for folks like Danny Mendoza, there is always a way. I talked to Mendoza, founder of Together We Rise, about how he built, as a teenager with virtually no experience, capital, or guidance, a non-profit that helps thousands of kids in foster care every year.

When Danny was nineteen years old, he discovered that his nine-year-old cousin was living in a car.  He wanted to fix this problem, but as a college kid, there wasn’t much he could do in the face of all the legal issues.  Further frustrating Danny, there were no organizations in his hometown of Chino, CA, that would allow him to provide meaningful impact in the lives of kids like his cousin.  The boy eventually ended up in a group home, and through him, Danny became familiar with the foster care system and its many shortcomings.

Determined to help, Danny sold his car and his Xbox, and recruited his friends to join him on this mission.  Since Danny’s own social life as a kid had revolved around sports, his first instinct was to create free sports camps for children in the foster care system.  The boyhood memory of playing on a team with a kid from a group home, who was dropped off for practice by a social worker, inspired Danny to make that kind of experience more widely available to these children, who often feel isolated from the communities where they live.

“We figured, if we could get them to be friends with kids in the general public—because they don’t usually leave their group homes much, and they’re just friends with the other kids who live there—they could learn that they can meet other people, and have common goals, have fun, and not worry, even just for that day, about any other problems they have going on.”

The sports camps were just the beginning.  Through working with these kids, Danny and his team realized that they needed more than just sports.  One of the most basic accessories of a happy childhood—one that Danny and his friends noticed these foster kids almost universally lacked—is a bicycle.  A bike means not only transportation; but also exercise, exhilaration, independence, and self-confidence: in a word, freedom.  So the TWR team focused their efforts on providing bikes to low-income and foster kids, launching the “Build-a-Bike” program.
In the summer of 2011, Danny and three other volunteers drove from California to Florida in their company van, which wasn’t really up to the task of towing a 22-foot trailer filled with bikes they would donate to kids in different group homes. During the day, they would help the kids assemble the bikes, and in many cases, teach them to ride. At night, they would drive their beleaguered machine toward the next stop, blasting the heater to keep the engine from overheating.  Luckily, they had 1,000 TWR t-shirts on board, so they could put fresh ones on whenever they needed to face the public.  They made it through the sweltering Deep South that way, but they realized they needed a new vehicle if they ever wanted to repeat the two-and-a-half week odyssey.

Shortly after their cross-country Build-a-Bike tour, the TWR team found out about Toyota’s national philanthropic program, 100 Cars for Good, which gives away 100 Toyotas to non-profit organizations who are selected by public vote on Facebook. TWR entered, and ended up winning a brand new Tundra, which, according to Danny, is “amazing…it pulls our trailer like nothing.”  They have been putting the truck through its paces, hauling about 600 bikes throughout California. Although they took a year off from the cross-country trip this year while they concentrated on a slew of other initiatives, they plan to do another one in 2014.

Toyota’s 100 Cars for Good is happening in 2013, though, and it is happening right now!  They are giving away two cars or trucks per day for 50 days, to non-profit organizations focused on everything from animal welfare to education and human services. You can go to their Facebook page and vote (twice per day for the duration of the program) for the two organizations per day that will take home a vehicle. Runners-up will receive $1000.

In a time when it’s popular to dismiss millennials as lazy, entitled, and self-absorbed, Danny Mendoza and his friends at Together We Rise offer a model—one I hope is not as rare as we often assume—of how young people can use their energy, confidence, creativity, social-media savvy, and imperviousness to cynicism to teach us all what it means to be socially conscious.

Written in partnership with Toyota’s 100 Cars for Good

This post is sponsored by Toyota’s philanthropy program 100 Cars for Good. Starting October 1 and ending November 19, do your own good deed by voting for your favorite organizations and causes on the 100 Cars for Good Facebook App.

Millennials are dismissed as lazy because of the number living with parents or moving back in, because the economy sucks and half the jobs we tried applying for in high school (ones that our parents worked when they were in high school) wanted more “skilled labor” at the time. The other half of said jobs don’t exist, anymore. Hell, there are places where children aren’t even allowed to work on the family farm because it’s viewed as child labor. Sorry to all who view us as lazy if we enter the world overly-sheltered and with minimal skill sets that university/college… Read more » 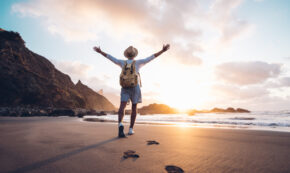 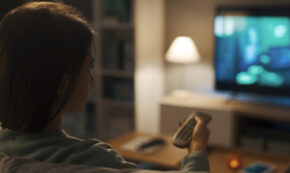 FacebookTweetPinEmailShares191
We use cookies on our website to give you the most relevant experience by remembering your preferences and repeat visits. By clicking “Accept”, you consent to the use of ALL the cookies.
Do not sell my personal information.
Cookie SettingsAccept
Manage consent