Get Daily Email
Join/Login CLOSE
Home / Ethics & Values / Why are Christians Afraid to Talk about Race? 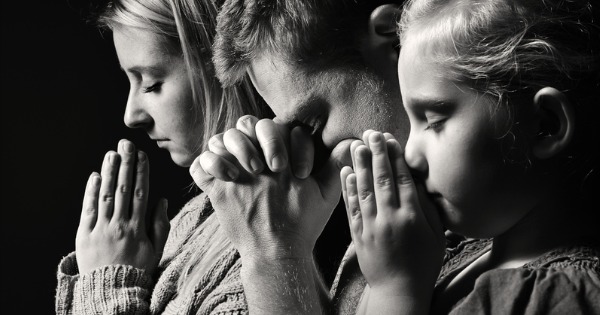 I’m sure you have heard about the murder of Botham Jean. But in the event that you haven’t, on September 6, 2018, Amber Guyger (a white police officer) mistakenly entered the fourth-floor apartment of Botham Jean, believing it to be her own apartment, which was on the third floor. Jean was sitting on his couch, eating ice cream while watching television. Guyger, believing that he was a burglar, shot him to death. On October 1, 2019, Guyger was convicted and sentenced to 10 years in prison for the murder of Jean.

Upon Guyger’s sentencing, Brandt Jean, the younger brother of Botham, asked the judge if he could give Guyger a hug. After receiving permission he said to Guyger:

“If you truly are sorry, I know… I can speak for myself; I forgive you,” he said before the hug. “And I know if you go to God and ask him, he will forgive you. Again, I’m speaking for myself, not even on behalf of my family, but I love you, just like anyone else. I’m not going to say I hope you rot and die just like my brother did, but I, personally, want the best for you…”

This was a beautiful moment. A Christian man (as a side note, I am a practicing Christian) willfully forgiving his brother’s killer and declaring she should give her life to Christ. This was an act of forgiveness rarely seen in this day and age.

Christians all over the country began circulating the picture of Brandt embracing Guyger with statements such as, “If he can forgive, why can’t you?” and, “This is a definition of living like Christ would like you to,” and “Vengeance is not ours. What a great gesture by Brandt.”

Yes, indeed. What a great gesture by Brandt. But what did these Christians who willfully trumpeted the graciousness of Brandt think of the disgusting, fatal actions of Guyger? What did they think about Guyger’s racist text messages and social media posts, in which she clearly admitted to being a racist? I hope they were repulsed. I hope they engaged in meaningful conversations about race. But I have noticed that “church folk” tend to shut down when it comes to matters of racism, whether it be in the church or in general society, because the conversation can be difficult and uncomfortable. So in the absence of the right answer or approach they tend to revert to tried and true tropes such as “God is love,” and “The Commandments tell us to love each other, so therefore we do not see color because to do so is a sin.”

And yet, as Christians or people of faith regardless of one’s spiritual walk, we do not have the luxury of burying our heads in the sand when atrocities happen to others. We are called to be and do so much more. My Christian brothers and sisters are so quick to remind me to “forgive as Jesus would” when I discuss racism, but they refuse to acknowledge that this tone-deaf way of thinking is the exact reason why so many turn from the church.

Racism, sexism, and homophobia are alive and well in this country. Sitting back quoting scripture and lecturing to the oppressed about something you truly don’t understand is nothing more than ignorance camouflaged as love.  Until you are willing to step outside of your comfort zone and really engage in meaningful conversations about issues that may be foreign to you, then you do not have the right to talk to me or anyone else, about the amazing, forgiving grace of Brandt Jean. Take a stand, commit to real actions. Don’t just talk about it, be about it.

Jason Greer is Founder and President of Greer Consulting, Inc. (GCI), a Labor Management and Employee Relations Consulting firm located in St Louis. Jason is the "Go To" Diversity Expert for WTOP Radio in Washington DC and a trusted source in the latest race and labor relations news for media across the country, including The Wall Street Journal, Forbes and FOX News Radio.

Facebook422Tweet11PinEmailShares433
wpDiscuz
Share this ArticleLike this article? Email it to a friend!
Email sent!