Gary Almeter did not expect to fall for with Boston. One year after a great tragedy, he writes a love letter to his former city.

Shel Silverstein’s classic children’s book “The Giving Tree” is, most simply, the story of a boy’s friendship with an apple tree. As the boy grows into a cantankerous old man, the friendship evolves and becomes less reciprocal, less harmonious and more ambiguous.

The boy, known throughout as “Boy,” becomes less enthusiastic and more parasitic while the tree becomes proportionately more eager and more obsequious.

Like the narrative of any relationship, the value of the friendship is left open to interpretation.

My kids love the book. They love the anthropomorphic tree and the simple black and white drawings. The book is fluid as is my kids’ understanding of its story. Silverstein wrote a children’s book that is part prodigal son story, part environmental warning, part portrait of unconditional love, part warning to avoid the empty accoutrements of the material world and part admonition to call your mother.

Or whoever the apple tree in your life might be.

On October 10, 1993, my parents drove me and all my possessions to Boston in their sedan. I had spent the prior 18 months living with my parents in their home outside of Buffalo after graduating from college when a friend of mine invited me to move with her to Allston. So I did.

Those 18 months had a corrosive effect on my self-esteem. It was 18 months filled with rejection letters from potential employers, the third Bills’ Superbowl loss, an unpaid internship at a radio station in Buffalo, snow, and serving drinks to my former high school physical education teacher at a sports bar near my hometown.

So we moved to Allston. I had never been to Boston. I spent the first few days crying. (Our dog Brandy, a lab and shepherd mix, who had been in our family for the past 11 years, was to be euthanized when my parents got home. She was old, and had done that thing that dogs do where they run around in a superfast super-frenetic way before they take off into the woods to die. She did that. Then she came back a week later as though nothing had happened. So she slept with me for two more nights before I left. I was going to miss her. Also, the helium balloon that my colleagues at the sports bar gave me as a going away gift started violently bopping up and down on the first night I was in our new apartment. Turns out that mice were chewing on the butterscotch candy ties to the ribbon of the balloon. That made me sad.)

That fall, I got lost on the Green Lines, the Red Lines, the Orange Line and the Blue Line, I walked through the North End, the South End, Charlestown, Cambridge, Boston Comm on; walked up and down the Freedom Trail, Newbury Street, Commonwealth Avenue and Harvard Square. I got to see Jacqueline Onassis rededicate the JFK library. I ate clam chowder at the Union Oyster House. I bought a Brooks Brothers tennis sweater. I drank beer at the Sunset Grill. I had a job interview at Little, Brown and Company’s 34 Beacon Street headquarters. I went to the Nickelodeon and saw “The Piano,” “Schindler’s List’ and “The Remains of the Day” in one sitting. I raked leaves for a lady in Wellesley for extra cash. I spent a day with a friend in Marblehead. I tailgated at a Boston College football game. I spent hours listening to CDs at the listening stations in Tower Records. I got a library card.

It was in those early months that I decided to become who I was supposed to be. As a result, my life changed.

I was frolicking like a little boy swinging on the branches of a trusty apple tree.

I got that job–my very first 9-5 job–at Little, Brown & Co. and was officially a publisher. Boston gave me that. I hung out with publishing friends, many of whom had gone to Ivy League schools and they thought I was funny and smart.

In those days you could smoke in bars and we did. I watched the Big Dig get dug. I watched my very first marathon ever from the rooftop of a building on Commonwealth Avenue. I took a class at Harvard. I saw Bob Lobel get teary when he announced that Jacqueline Kennedy Onassis had passed before the May 19, 1994 sportscast on WBZ. I met Ted Kennedy and saw him annihilate then-candidate for Senate Mitt Romney at a debate in Faneuil Hall. I went to the Cape for my very first time. The world of music changed as I saw Indie bands at the Paradise, saw big bands at the Boston Garden and saw the Pops at the Hatch Shell. I moved to Brookline.

I went to Fenway. I made friends. I passed out on the T and strangers drove me home. I went to Rose Kennedy’s funeral. I played softball in Boston Common. I got a Master’s degree at Boston College. Sometimes flying home on a Sunday night, the shuttle from Logan Airport to the Blue Line would pull up just as I was leaving baggage claim and I loved the city as I knew it had done that just for me; if we were driving home the butterscotch streetlamps of the Mass Pike lighted our path.

Boston gave me confidence; I learned it was ok to wear cool glasses in Boston; and to generally be yourself; that it was cool to be smart; and that my wit was unparalleled. Each day I got to feel like a little kid jumping in a pile of leaves. I met my now wife in Boston. Our first date was to a Red Sox game at Fenway. We smoked and drank beers at El Phoenix in Brighton. We took weekend trips to the North Shore. We fell in love in Boston. We both preferred Dunkin Donuts. We loved lobster.

I proposed in front of JFK’s birthplace at 83 Beals Street and we celebrated with Samuel Adams. But we both had a New York City itch that needed to be scratched so we scratched it and lived in NYC for a few years. Then I wanted to go to law school, was rejected by both Harvard and BC (no hard feelings), so moved further south for law school in Baltimore where the Starbucks far outnumber the Dunkin Donuts. And Orioles fans far outnumber Red Sox fans. I came back to Boston when I needed something; for work; or when friends got married; or had babies christened. My wife and kids took me to the Cape for a week when I was on the cusp of turning 40.

I think my wife knew that I needed some time in Utopia; to reflect on where I had been and where I was going. To wrestle with some regret.

Also on the cusp of 40, I ran the Baltimore marathon—more as act of defiance against mortality and its imminence than as some sort of physical feat or test of endurance. Anyone who has ever met will attest that I am not one to push or challenge myself. I loathe ambition. But I revel in experience. So after Baltimore, decided that it would be cool to run the Boston Marathon.It would be akin to going to Wimbledon, or seeing the Grateful Dead, or watching a Civil War reenactment; more of an experience than an athletic accomplishment. So I raised money for a charity and ran in 2013. I stopped at Mile 25.2 and I hitchhiked back to Brookline, met my former Boston roommate (who had traded up from a Subaru to a Land Rover) and spent the night at his house feeling angry, sad, grateful, terrified, shaken, disappointed and guilty for being disappointed. My son and I took a flight back to Baltimore the next day.

I did not want to leave the city, which like Shel Silverstein’s tree, seemed to have had its branches cut.

I went back to Boston this year and finished the race. That Monday, under a cloudless blue sky, Boston made me and 36,000 other people feel like rock stars; it showed me what happens when people come together; when people are proud and defiant and refuse to relinquish; refuse to acquiesce. Monday is what happens when people stop, look around, take a deep breath, and while exhaling,celebrate the good things in their lives.It was fun too.

So thank you Boston.

You keep giving me things.

And I don’t just mean the Revolutionary War and Henry David Thoreau and Boston cream pie and Clam Chowder and Aerosmith and Evan Dando and those kinds of things (though I am appreciative),you keep showing me that people in general do not know of what we are capable. People can astonish themselves.

You taught me how to be better.

I realize I, though Boston rents weren’t cheap when I lived there and I contributed some monies to the local economy, that I have done little for you.

Like that parasitic man in Shel Silverstein’s book, I’m trying.

photo courtesy of the author 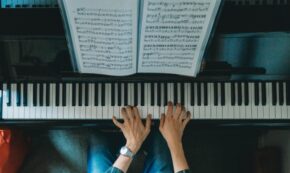 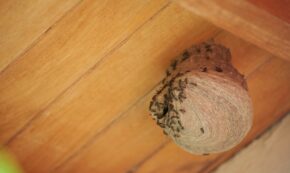 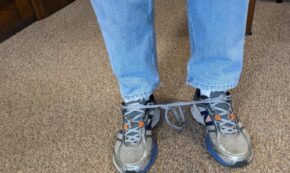 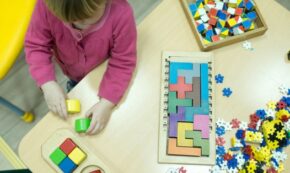 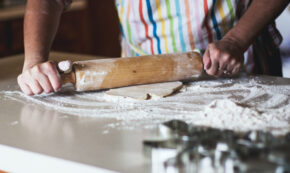