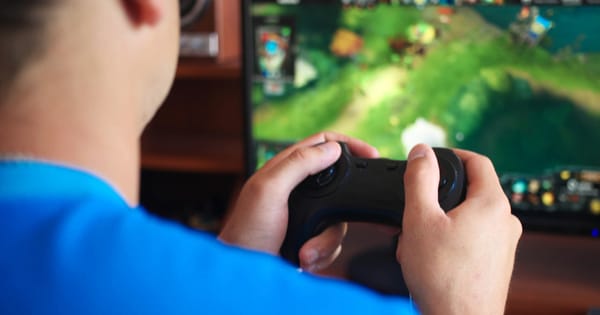 Gaming is a great source of entertainment for people from all walks of life. For gamers, gaming is like an essential part of what they can’t live without. Different people have different choices. Men are generally interested in games that have actions and excitements. Those can be either a sports game like football or fighting games. They always try to enjoy their game and for that, they are always interested in exciting games and gaming rig. We have researched about most popular video game franchises among men. So we are discussing some of them in this article.

Assassin’s Creed is an action-adventure video game franchise developed and published by Ubisoft. This game contains historic fiction, science fiction and characters with historical events and figures. This game series is popular among men for attractive visuals, game design, and narratives. This has also gained many awards including Game of the Year awards. It is also commercially successful and has become one of the highest-selling video game franchises of all time. Assassin’s Creed IV: Black Flag is the latest one of the series and it has breathed new life into the series. With its balance of land and naval missions and access to an open world pretty much from the opening minutes and so many cool new quirks of gameplay, it feels brand new.

Resident evil a horror game franchise created by Shinji Mikami and Tokuro Fujiwara and owned by the video game company Capcom. The franchise focuses on a series of survival horror games and includes live-action films, animated films, comic books, novels, audio dramas, and merchandise. The story follows outbreaks of zombies and other monsters. It has sold over 90 million copies since 1996. It’s horror action and graphics attract men a lot and it’s as usual very popular among men.

NBA 2K is a series of basketball sports simulation video games developed and released annually since 1999. The premise of every game of this series is to operate the sport of basketball. This series has been dominating the basketball game scene and has grown a lot of popularity among men over the years. The graphics of this game are so good and the players look so realistic.

Call of duty is a first-person shooter game franchise produced by Activision. This game series started out in 2003. Primarily it was focused on games set in World War II but over time, this series has seen games set in modern time. The most recent game of this series Call of Duty: Modern Warfare, was released in October 2019. Though being an ancient game series, it’s still very popular among men because it has a high captivating story, impressive graphics, and lovely co-operative gameplay. Men enjoy playing this game because they enjoy feeling like a real soldier.

Need for Speed is a racing video game franchise published by Electronic Arts and currently developed by Ghost Games. This is very popular among men because it has been an ever-evolving franchise. It changes its focus, mechanics, and style every couple of years. The last game of this franchise was released in 2017.

FIFA is a series of association football video games released annually by Electronic Arts under the EA Sports label. This series began in late 1993. FIFA dominates the sales chart all over the world every year. It is popular among men for its gameplay and graphics. It comes out every year on every system around the world’s every market. Its level of availability is another reason why FIFA is one of the best selling games of all time. FIFA is a result of million man-hours, developing the physics engine. A physics engine makes the ball, the limbs of the players to follow the rules of physics. Every collision of the ball, ricochet, player movement is accurate scientifically in this game. Besides, the tactics that work in the game, work exactly the same way on the ground. The artificial intelligence of FIFA is very advanced and realistic and that’s why it’s so much popular among men.

Grand Theft Auto (GTA) is an action-adventure video game series published by Rockstar Games. Games in this series are set fictional locals modeled on cities, usually either Liberty City, Vice City or San Andreas which are stand-ins for New York City, Miami and the state of California respectively. GTA 5 is the most popular game of this franchise. As it is so realistic and also gamer can manage 3 characters in the game, it is so popular among men. Another fact which makes this so popular is an individual and a few friends can entertain themselves in the multiplayer aspect of the game from various activities such as VIP/CEO challenges, bunker missions, races, PVP game models or the stressful heists.

So here are some of the most popular video game franchises among men. Besides these, there are many game franchises like The Legend of Zelda, Pro Evolution Soccer, Madden, Final Fantasy, etc. which are also popular among men all over the world.