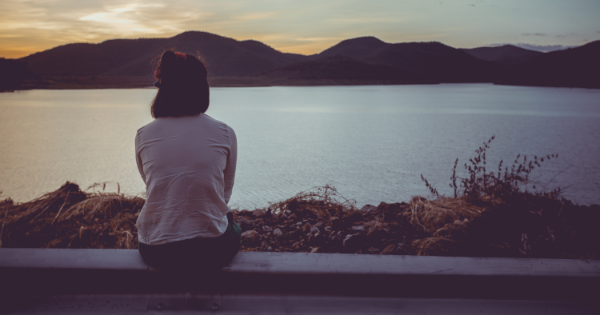 When it became clear that my son was not going to pay off his most recent loan, I was frightened. The situation I was avoiding for years was becoming unavoidable. It wasn’t just the money and buying things for my grandson. It wasn’t even the long days of babysitting or the extended stays with overnight visits. I knew I was being taken advantage of and I told myself I didn’t care because I had so much time with my grandson. My husband and I enjoyed his company and loved to make him smile.

The things that eroded my patience and pushed me to the breaking point were much more sinister: The late night or early morning “fire drills” when my son would text or call asking me to pick up my grandson because he and his wife were arguing. The middle of the day telephone calls when he complained about his marriage and talked about his plans to leave her. The holidays and birthdays spent with her family when we only received the obligatory text message. The times when he would call in a panic because he didn’t know where she was and she had taken his truck. The last-minute notification that my grandson wouldn’t be coming over as planned. The incessant marijuana and cigarette smell on my grandson’s clothes and in his hair. The times when they were too busy at work to take my grandson to the doctor when he was sick and for regular checkups; they knew I would take him. The times when my grandson would leave my house sobbing because he didn’t want to go home.

Those were the bearable things. The situations that almost broke me were crueler, and left me feeling utterly helpless: The time when the dog bit my grandson in the face. The argument that ensued when I asked her if they were going to keep the dog. The silence of her ghosting me and refusing to speak to me for the next two and a half years. The time when my son called, in tears, because the police had taken her into custody after she called emergency services and said she wanted to kill herself. The dread I felt when he told me she tested positive for methamphetamine.

The time when he arrived unexpectedly at nine on a Sunday night and asked if he and my grandson could stay with us because he was finally done with their relationship. The utter disbelief when they decided to get back together and he returned home after four days; my grandson howling my name through tears and holding his arms out to me. The amount of strength it took for me to maintain my composure and reassure my grandson that everything would be fine. The pain of crumpling into a pile on the kitchen floor after they left because I couldn’t handle the emotions. The shame of my husband finding me bawling uncontrollably, comforting me on his lap as if I were a child, holding me until I could breathe again. The two long weeks that passed before my son decided to contact me after that day.

As I read those last few paragraphs out loud, I had to stop several times to wipe the tears from my eyes. My words are more than a laundry list of misdeeds that I needed to vent into the universe. Slowly but surely, I’m sorting through the wreckage and beginning to comprehend how I was able to make the agonizing decision which still torments me five months later.