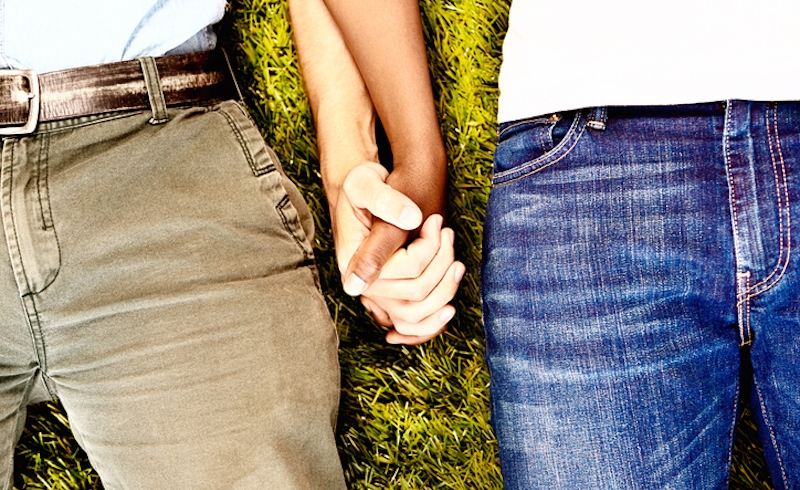 Carter Gaddis on race, marriage and story about a harmonica.

I don’t have the answers. Gay marriage, abortion, race relations, taxes, health care, the death of the American Dream: I don’t know how to solve these problems. My answers only work for me and my family, and even then I’m not so sure.

What, then, am I supposed to say when my 5-year-old son sits across from me at the dinner table and, between bites of ham steak and baked beans, casually asks:

“Daddy, does a boy marry another boy?”

I know my answer. I don’t even have to think about it.

My response is succinct and true.

“Yes. In some states. Not in Florida, though. Not legally. Not yet.”

But I don’t want to stop there. How can I? The question lacks context. A simple, legal explanation won’t suffice, no matter how succinct and true it might be. How does his mind work as he formulates that question?

Yet, there you are. He wants to know about …

“That’s gay marriage,” his 7-year-old brother cuts in. “It’s when there are two daddies or two mommies.”

I turn to my older son, with whom we have never had more than a fleeting conversation about marriage of any kind, beyond the one he witnesses up close every day under our roof.

He shrugs and stabs a piece of ham steak with his bright purple Ikea plastic fork.

“From my friends,” he says, mouth full of ham. And that’s all he says.

It was the year I met Anthony*, who gave me a harmonica for my birthday. Or tried to, anyway.

Knowing that my friend Anthony loved that harmonica, I tried to give it back. Besides…what was I going to do with a harmonica? I played baseball and violin (both badly). I handed it back to him. I hope I thanked him. I don’t remember. What I do remember is that Anthony took the harmonica back and stood there staring at it in his hands.

“You don’t want it because I’m black,” he said.

It wasn’t a question. But it wasn’t true. It wasn’t my truth, anyway. It was Anthony’s, though, and no amount of protest or begging to take back the stupid harmonica could change his mind. This was rural North Carolina in the 1970s. If it had been 10 years earlier, I would not have known Anthony at all, let alone shared a classroom with him.

It didn’t occur to me, at age 7, that I could hurt someone’s feelings by not accepting the gift of a beloved musical instrument. Even now that I understand the pain of rejection, I don’t think it would occur to me that an African-American friend would suspect, however fleetingly, that I wouldn’t accept a gift like that because he or she was black. Maybe that wouldn’t happen. Every circumstance is different, after all. But it happened between a black boy and a white boy in rural North Carolina in 1977, and they are now a black man and a white man in the 21st century. What’s the statute of limitations on cultural misunderstanding?

This is a time when a 17-year-old black boy can be shot and killed for no reason and the killer can walk away with the legal blessing of the court. This is a time when a white NFL player can be caught on camera aggressively dropping N-bombs at a concert and – so far – only be fined by his employer.

Anthony and I were born into a world that accepted the cultural divisions as the norm. No questions asked.

I fear the same can be said of my sons, nearly four decades later. Yet, there might be hope. A 5-year-old asking about same-gender marriage? That happens in 2013, too.

After a second or two, I think I know what to say to my 5-year-old son as he sits there eating ham steak and baked beans, pondering one of the most debated philosophical questions of our time.

“It doesn’t matter if it’s a man or a woman,” I say. “You marry the one you love, the one you want to spend the rest of your life with, the one who makes you happy. The one you don’t want to live without.”

I leave it at that. Honestly, I hope he and his brother grow up thinking like their mother and me. We won’t push it, but we will guide them, as parents should. And I certainly don’t want to leave their social education solely to their schoolmates, even though I realize much of what they learn and how they think about such things will be shaped by their peers.

Mainly, I hope they grow up asking questions. I don’t have the answers. But maybe one day, they will.

*Name changed to protect the anonymity of my childhood friend.

What Next? Talk with others. Take action.

We are proud of our SOCIAL INTEREST GROUPS—WEEKLY PHONE CALLS to discuss and help solve some of the most difficult challenges the world has today. Calls are for Members Only (although you can join the first call for free). Not yet a member of The Good Men Project? Join now!

The $50 Platinum Level is an ALL-ACCESS PASS—join as many groups and classes as you want for the entire year. The $25 Gold Level gives you access to any ONE Social Interest Group and ONE Class–and other benefits listed below the form. Or…for $12, join as a Bronze Member and support our mission.

ANNUAL PLATINUM membership ($50 per year) includes:
1. AN ALL ACCESS PASS — Join ANY and ALL of our weekly calls, Social Interest Groups, classes, workshops and private Facebook groups. We have at least one group phone call or online class every day of the week.
2. See the website with no ads when logged in!
3. PLATINUM MEMBER commenting badge and listing on our “Friends of The Good Men Project” page.
***
ANNUAL GOLD membership ($20 per year) includes all the benefits above — but only ONE Weekly Social Interest Group and ONE class.
***
ANNUAL BRONZE membership ($5 per year) is great if you are not ready to join the full conversation but want to support our mission anyway. You’ll still get a BRONZE commenting badge, a listing on our Friends page, and you can pop into any of our weekly Friday Calls with the Publisher when you have time. This is for people who believe—like we do—that this conversation about men and changing roles and goodness in the 21st century is one of the most important conversations you can have today.

We have calls about these topics 7 days a week! Join us by becoming a Platinum or Gold member. (Click on the graphic for more information about the calls and to RSVP for them.)

Sign up for our Writing Prompts email to receive writing inspiration in your inbox twice per week.
—
Stock photo ID:470804673

Carter Gaddis was a sports journalist for 24 years before moving into Internet marketing in 2010. He worked 16 years for the Tampa Tribune and covered major-league baseball for 10 of those years. He also covered the NFL, the NHL, NASCAR, and high school and college sports. His work was recognized for excellence by the Florida Sports Writers Association and the Associated Press Sports Editors. He was one of five Spotlight Bloggers chosen to read at the second annual Dad 2.0 Summit this year in Houston. He and his wife have two young sons, and they spend far more time at Disney World than they probably should. Carter writes and publishes the parenting blog, Dad Scribe

That was just beautiful. Unfortunately, I can’t have children of my own, but I would certainly hope to raise them as well as you are sir. Thank you for being you.

Apparently, you do have the answer. Well done.

I love everything about this post, and how humanizing children can be.

Yes! D.A. totally. When you strip a complex subject down to its bare essentials so that a child or an alien could understand, it becomes evident how simple and clear it should be. What I love about Carter’s piece is how that tangential memory is imprinted in his mind and he doesn’t want it repeated in his son’s. Generational evolution. 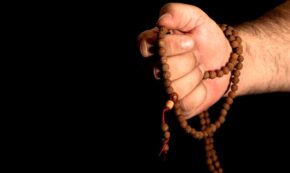 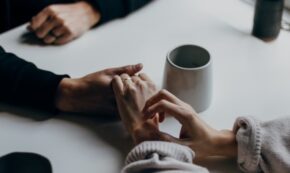 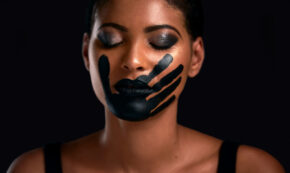 FacebookTweetPinEmailShares2.3k
We use cookies on our website to give you the most relevant experience by remembering your preferences and repeat visits. By clicking “Accept”, you consent to the use of ALL the cookies.
Do not sell my personal information.
Cookie SettingsAccept
Manage consent

SAVE & ACCEPT
wpDiscuz
6
0
Would love your thoughts, please comment.x
()
x
| Reply
Share this ArticleLike this article? Email it to a friend!
Email sent!