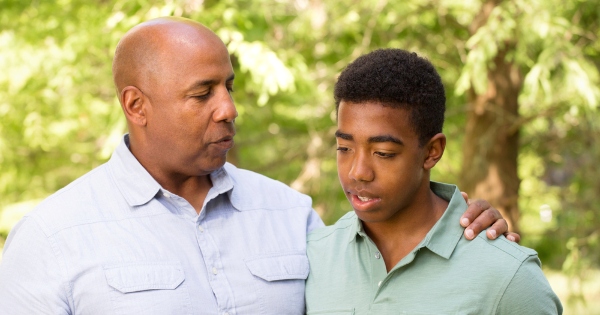 —
My mother doesn’t give advice. It’s one of her best traits. Being self-effacing, I’m sure she would attribute this to feeling like she can just barely manage her own life so she hardly feels qualified to tell someone else how to lead theirs–even

her children. Which is why I remember well the one piece of advice she deliberately offered. I was visiting her a couple of years after my wife and I got married. Jen was finishing graduate school and we were planning to start a family. I was sitting with my mom in her condo, drinking coffee and talking a little about children.

I already agreed with this, but it was reassuring to hear it from her. It was reassuring even though she and my dad divorced when I was seven. I did not view this advice as an expression of regret for the damage their separation wrought on my childhood; I didn’t view my childhood as damaged, and as far I knew, she didn’t either. Though I think the idea of damaged childhoods might be why parents sometimes place greater emphasis on their relationship to their children than their spouse. You look down at that tender newborn in its crib, and the enormity of your responsibility hits you. What if you screw this up?

Years later I was having a drink with a friend I’d met at a writing class. He worked at Microsoft as a technical writer and his wife was a law librarian. They had a beautiful house in a lovely neighborhood in Seattle and both his daughters went to a private high school. He was not, by any stretch, a struggling artist. But he wanted to be a novelist, not a technical writer. There was only one problem.

“I liked my parents,” he confessed. “My dad was a lawyer and he liked his work and he loved my mom. We always had enough. I never worried about money or being able to afford college. I liked my brother and sister. I had a good childhood. I have no complaints about it at all.”

“But what am I going to write about? Every writer I admire had a crazy, dysfunctional childhood. Mine was totally healthy and normal.”

“They just screwed you over, didn’t they? Hope you’re not making the same mistake with your girls.”

He laughed and ordered another beer. We had a nice time talking about writing and families and I headed home early enough to see Jen before she went to bed. I was still working in restaurants and didn’t like to spend nights off away from her. When we decided to have kids, we agreed she shouldn’t keep her day job at the art store. We were both writers, and if she had worked during the day and I at night we’d have been more financially comfortable but would have hardly seen one another.

She asked me if I had had fun, and I told her about my friend’s miserably happy childhood. She laughed and I asked if the boys had gone to bed all right. She shrugged. The usual struggles, she said. I was glad they were asleep.

We sat together in bed and she told me about something Sawyer, our youngest, had said. It was good to sit with Jen like this, just hanging out. So much of a relationship was that: idle time during which our connection is found again in the same way you find something interesting to talk about.
On this night she was a little worried about the boys. Max could be so difficult and Sawyer was having the usual spectrum-kid challenges. I understood her worries, but I was still thinking about my friend. “I just don’t think we can really screw them up. I don’t think it works that way. No matter what we do, I think they’ll find something to be unhappy about all on their own.”

She agreed and said she was sick of worrying, that the worst part of being a parent was the worry, how there’s no end to it if you’re not careful. No, I said, the worst part of parenting is standing in a store and telling them they can’t have the candy bar and then the fit that follows. What about the call from the teacher about Sawyer’s timeouts? she asked. I felt the public spectacle of candy bar fits was worse.

It was good to have a partner. I wondered how my mom had done it on her own, without anyone to commiserate with. Well, she had her friends who were all single moms too. They must have compared their parenting scars plenty. There is something uniquely one-way about the parent-child relationship. There’s little or no commiseration with your kids during their childhood. As we turned out the light, I thought how my boys were meant to take me for granted, that they should want to leave, that their true life lay elsewhere, out where they’ll have to make all their own choices, just as I had once chosen all on my own to be with Jen. 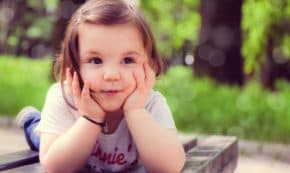