Get Daily Email
Join/Login CLOSE
Home / Families / Thank You, Elvis, for Helping Me Raise My Son

How a conversation about my son’s favorite singer- Elvis Presley- helped me teach him a valuable lesson about drugs (and honest communication, and rock and roll…)

In general I resist pop culture as it pushes our kids to grow up too damned fast. I do my best to shield my eight year old, Nick, from the coarsening effects of pop culture, but it is really hard to do.

I don’t take Nick to PG-13 movies, but he sees commercials for gory action films on TV all the time. Even though I think he’s too young, his friends get to see The Avengers and they tell him all about it. And, oy his friends with older siblings—way too much too soon. And for an 8-year old only child, there is NOTHING like the allure of older boys.

For now, though, Nick’s a gentle soul, and I want to preserve that as long as I can. I know all I can do is try to hold back the eventual, unrelenting tide. I’m resigned to the fact that the world will eventually win out. But, until then, I’ll rage rage against the dying of the light.

Every now and then pop culture helps me out.

I do not believe in kids’ music and never have. Nick listened to rock and roll even when he was very little. My dad raised me on the Beatles, Stones, Fleetwood Mac and especially Credence Clearwater Revival, and I have proudly passed rock and roll down to my “Fortunate Son”.

Nick’s current favorites are Green Day, the Mighty Mighty Bosstones and Pat Benatar (although Kidz Bop 23 and the other dreck that passes for pop music today is starting to creep in around the edges). But for Nick, Elvis Presley is still king.

About two years ago, as we were listening to “Suspicious Minds” for the 300th time in the car on the way to a local ski mountain, Nick asked me if Elvis was still alive. He knew from previous conversations that Elvis was the most popular singer when Grandma and Grandpa were kids.

I told him, no Elvis died a long time ago, when I was a really little boy (I was 5 and my parents still tell the tale of how I cried for days when I heard the news. My days of performing “Hound Dog” over and over all day to my extended family had come to an end)

“Well, kiddo, do you know what drugs are…”

Nick and I then had a preternaturally adult conversation about drugs for the next 20 minutes or so. I told him that drugs are things people either eat or put in their bodies and at first, it makes them feel incredibly great, but the drugs hurt their bodies a little bit every time. But because drugs feel so great, some people still use more and more, even as it hurts them more and more. It gets to the point where they don’t feel good at all unless they use more and more drugs.

“… And this is what happened to Elvis. He kept using more and more drugs, and eventually, they hurt him so much he died”

We then talked about how Nick shouldn’t start using drugs, because it can get really hard to stop and can really hurt you. We also talked about how athletes and astronauts and Jedis couldn’t do what they do if they used drugs. And how drugs would make it hard to be a good dad one day, too.

I guess old-time rock and roll doesn’t fully count as pop culture anymore. And I still want to resist the pull pop culture has on our kids.

But using pop culture to start important age-appropriate conversations with your kids can be a great way to make the lessons you want to impart more real, and for them to get through the “I don’t want to listen to my parents” filter all kids have.

And wouldn’tchaknowit, not long after I wrote the first draft of this article, Nick read that Barry Bonds holds baseball’s home run record. Another great opportunity to talk about drugs, cheating and fair play. Another day, another potential lesson (also see David Stanley’s piece on the topic  of explaining sports cheating to your kids).

The Single Best Way To Be A Great Dad: BE THERE

Downshifting: 5 Ways to Slow Down Your Career for Family

Solid piece, Scott. When Aaron was small, he loved the Red Hot Chili Peppers. Their drug use sparked a few conversations as he got into his tween years. As parents, we have to use whatever we can to start those discussions. I believe that many aspects of pop culture are dehumanizing (the sexualization of pre-teen girls in clothing ads, e.g.) but, on the whole, we can use it to our advantage. And thank-you for the link. 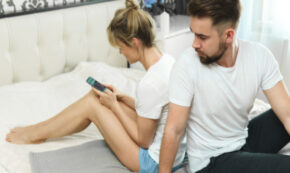 This website uses cookies to improve your experience while you navigate through the website. Out of these, the cookies that are categorized as necessary are stored on your browser as they are essential for the working of basic functionalities of the website. We also use third-party cookies that help us analyze and understand how you use this website. These cookies will be stored in your browser only with your consent. You also have the option to opt-out of these cookies. But opting out of some of these cookies may affect your browsing experience.
Necessary Always Enabled
Necessary cookies are absolutely essential for the website to function properly. These cookies ensure basic functionalities and security features of the website, anonymously.
Others
Other uncategorized cookies are those that are being analyzed and have not been classified into a category as yet.
Advertisement
Advertisement cookies are used to provide visitors with relevant ads and marketing campaigns. These cookies track visitors across websites and collect information to provide customized ads.
Analytics
Analytical cookies are used to understand how visitors interact with the website. These cookies help provide information on metrics the number of visitors, bounce rate, traffic source, etc.
Functional
Functional cookies help to perform certain functionalities like sharing the content of the website on social media platforms, collect feedbacks, and other third-party features.
Performance
Performance cookies are used to understand and analyze the key performance indexes of the website which helps in delivering a better user experience for the visitors.
SAVE & ACCEPT
wpDiscuz
4
0
Would love your thoughts, please comment.x
()
x
| Reply
Share this ArticleLike this article? Email it to a friend!
Email sent!