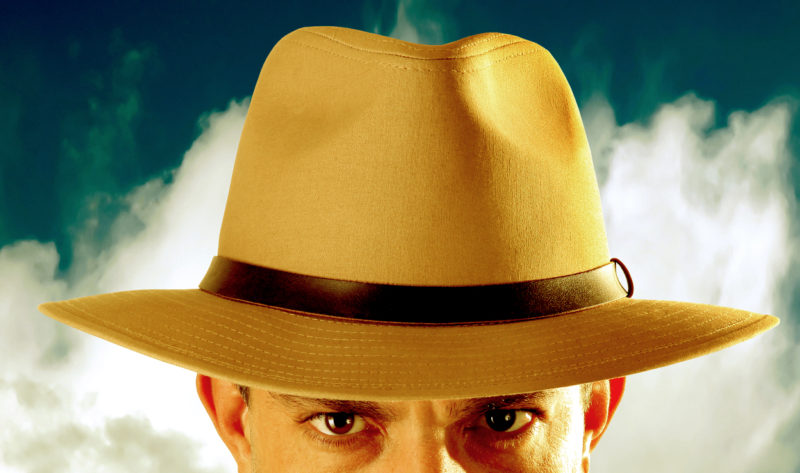 Of the many things I’ve done in my son’s 28 months on this planet, only two have made a big impression: changing the battery in our old Saab 900, and climbing from our garage roof onto our fence and leaping into the yard.

He loves talking about these events at night, usually while he’s evading bedtime by sitting on the potty. Our discussions about my manly exploits have become a bathroom tradition.

“Daddy put the battery in the Saab. Daddy fixed it.”

“Yes I did, Elias,” I say, sitting next to him on the edge of the bathtub.

Changing the car battery was pretty easy, but the way he turns it into such an accomplishment makes my chest feel heavy. “Daddy jumped over the fence!” he yells. Sometimes he’ll get up off the potty, pants still around his ankles, and demonstrate, hopping around the bathroom floor.

On my way up onto the roof to retrieve a wayward shuttlecock, I raked my knee against the fence, drawing blood. Now, when Elias speaks of my fence jump, he checks my knee to see how the wound is healing.

I’m sure that when I was my son’s age, my dad was a paragon of manhood. But as I got older, I realized that he wasn’t manly the way the other dads on my cul-de-sac were. Dad, a first-grade teacher who sat in a wingback chair devouring books in his off hours, was also a psychotic jogger who usually left the house well before anyone was out of bed, and later, burst wheezing into the kitchen covered in sweat and snot while we were eating cereal. He detested watching team sports on television; he liked talking about them at backyard barbecues even less.

Subconsciously, perhaps, I sought an example of manly behavior that fell somewhere in-between my own father and Gene, my friend’s dad, who kept bucketed deer heads in his garage.

Gene also had cable television in his house, which for me meant access to Raiders of the Lost Ark and The Empire Strikes Back. As I sought the ideal male role model, Indiana Jones and Han Solo were my guides. I wanted to be the charismatic ladies’ man with a lust for adventure and a lackadaisical wit, capable of besting Nazis and bounty hunters in a pinch. I wanted to kiss Karen Allen and Carrie Fisher and shoot lasers and crack bullwhips. Mostly, I wanted to stop feeling like a ineffectual little boob.

But here I am, roughly the same age as Han Solo in Star Wars, and there aren’t many parallels. I’ve crafted a Solo-esque wit of my own, but it probably owes just as much to the hours of A&E’s Evening at the Improv I ingested as a preteen. I can’t handle a whip, and the one time I fired a shotgun I felt like I was disappointing my mother (who wasn’t even present). And I never got my mouth on Karen Allen.

In fact, I’m quite a bit like my own dad was at my age. I jog with our dog, I can give or take televised sports, and I spend most of my free time writing or making music.

When I look at Elias and his younger brother, Arius, I sometimes wonder how manly they’ll think I am when their supple minds become flooded by media. The stereotypical American image of manliness—still perpetuated by the mass media—hasn’t changed a whole hell of a lot since the ’50s, which is sad because its hallmark trait to me is that it’s total bullshit.

There’s nothing manly about sitting in an armchair, as Gene would, watching other people play games. Shooting deer is manly if you’re going to eat the hell out of the animal, but mounting its stunned-looking head sure isn’t. And grilling meat, I’ve realized, is a gender-neutral skill.

I want my boys to have an elevated and open interpretation of what makes a man. I want them to know that, at its core, being a real man is just being a good person. And I realize the lion’s share of that responsibility is on me.

The manliest thing I can do is to set a good example, because I’m guessing they’ll eventually realize they’ve become versions of what I was to them. The smartest thing I can do is try to selectively expose them to media that I know offers value and perspective before they’re drowning themselves in cable at the neighbor’s house.

For now, however, we sit on the potty and talk about jumping fences. I know they’ll someday find their share of adopted role models. But the first time they stumble upon Raiders on TV, they might think, “Hey, that guy in the fedora reminds me of Dad.”
—

Josh Tyson is a husband, father, author and musician (sort of) living in Denver. His extensive word collage explores everything.

Great read. What still impresses my kids most? When I kicked a soccer ball over our house. They still talk about it. It’s the little things …

I’ve wondered the same thing myself. I hope my kids will see how hard I tried to be a good dad, even as they learn my weaknesses.

My oldest son learned quite early on that the bathroom was a magical place with the capability to free him from any uncomfortable situation. For example, my brother-in-law’s wedding. When it was boring him, he just shouted “I GOTTA GO POTTY” at the top of his lungs and the entire wedding stopped and watched as daddy took him out of the room. Only to have him tell me at the potty that he didn’t actually have to go. So in we went again and again he shouted “I GOTTTA GO POTTY!!!” This time, he stayed out. I missed my brother-in-law’s… Read more »

These are great stories. Bathroom talk is interesting… Kids also love to talk to us while we’re shaving. I remember talking to my dad while he shaved and he would replace the blade with a piece of cardboard so I could scrape the shaving cream off my face and pretend to shave with him. Car trips wtih just one kid in the car are great too… I call this windshield time. The challenge with car trips is keeping the kids attention from their electronic gadgets.

“I want my boys to have an elevated and open interpretation of what makes a man. I want them to know that, at its core, being a real man is just being a good person.” How beautiful is that?

Thank you Tom! Once again you speak the total truth (my son was/is the same and I’m his MOM) and you gave me a great laugh!

The bathroom has become an increasingly holy place for two reasons: 1) I can read there in peace for ten minutes and 2) what Tom said.

Okay here’s the thing with little boys, they love bathroom discussion. My son Cole, who is 5, has this daily routine. I generally make the family dinner and get all five of us at the table with hot food set before everyone. We say grace and then just about every night Cole announces that he has to go to the bathroom. And he needs my help. So I leave my hot plate of food, steaming into my nostrils, to sit on a sink while my boy reviews his day and asks me various questions about life (“Who is batman’s scariest… Read more »

Psychotic juggler. Now an image I can’t get out of my head. Hilarious.

My sons do not admire my typing, though. “streat” is obviously not right, meant “street”. Sigh.

Josh, I really dug your article. I, too, have enjoyed (if that’s the right word) fame and admiration from my boys for mundane things I did (and hopefully, most other dads do too). My 8 year old still talks about a snowball fight he observed when he was 4, where I hit my neighbor Johnny squarely in the head from across the streat. My son still thinks that’s amazing. And my teenager still talks about a time I prevented him from falling in a (very shallow) tide-pool in Oregon when he was five or six and thinks I’m the bravest,… Read more »

This is great Josh. I mis-read a line describing your own dad, I thought you said he was “a psychotic JUGGLER who usually left the house well before anyone was out of bed, and later, burst wheezing into the kitchen covered in sweat and snot while we were eating cereal.” I pictured your dad furiously street-performing during breakfastime — juggling at lightening speed, to work up such a sweat. A man after my own heart — doing whatever it takes, passionately. The striking thing about your story is that it doesn’t take much to be a great role model for… Read more »

FacebookTweetPinEmailShares2.4k
wpDiscuz
12
0
Would love your thoughts, please comment.x
()
x
| Reply
Share this ArticleLike this article? Email it to a friend!
Email sent!