Doyin Richards wants to know what is wrong with a society that sees dads who are merely being good parents as doing something “amazing.”

A few months ago, my wife and my two sisters in-law went to Vegas for a ladies-only trip and the boys were left behind to watch the kids. After giving it some thought, we decided to take our munchkins (all under the age of 4 at the time) to the Long Beach Aquarium to introduce them to the wonders of marine life. Then something crazy happened.

People kept stopping us to say the following:

– “You guys are some of the most amazing dads I’ve ever seen!”

– “If only all dads could be like you guys.”

At the time, we all took the ego-boosting compliments and moved on. However, after some time passed and I could reflect on that day with a clear mind, I had the following deep thought:

“What the hell is going on with our society?”

A bunch of dudes took their children to the Aquarium for some fun and exploration. So what? Do we really deserve credit for this? You would’ve thought we saved a pack of puppies from a burning building due to the level of props we received that day.

Using another example, my twin brother went to Toys R Us to return a defective bicycle that he bought for his daughter’s birthday in late December. When he was walking in the parking lot with a bright purple bike, he was stopped by three different women who gushed over how he’s such an “amazing dad.”

Taking your kids to the Aquarium doesn’t make any dude a great dad.

Returning a defective bike to a toy store doesn’t make any dude a great dad.

This madness has to stop.

Is this where we are as a society? Is the bar for being a “Great Dad” set a notch above “Deadbeat”? If so, that’s damn good news for deadbeats and lazy dads everywhere, because it takes minimal effort to achieve this status. Hell, a guy could take 30 minutes out of his life to walk his kid around the neighborhood and have people tell him how great he is. When he gets home, he can turn on his XBox for hours on end while ignoring his family in the process. If his wife is silly enough to give him any lip, he roll his eyes and say,“Two strangers just told me how great of a dad I am! What’s your problem? Quit nagging me!”

Chris Rock said something in one of his comedy routines that makes a lot of sense (paraphrasing):

“I can’t stand it when people expect praise for stuff they’re supposed to do. For example, when people say, ‘I ain’t never been to jail!’ What do you want, a cookie?! You’re not supposed to go to jail, you low-expectation-having motherfucker!”

Walking with our kids, playing with our kids, learning with our kids, and embracing the responsibility as the primary male role model in the lives of our kids is something that dads are supposed to do. In my mind, giving props to a man for taking his kids to the Aquarium or returning a broken bike to a store is no different than giving him props for staying out of jail.

The bar must be raised.

On a similar note, I would bet good money that if our wives took our kids to the Aquarium that day without us, nobody would’ve stopped them to say that they’re the greatest moms ever. As a matter of fact, I doubt anyone would’ve said a word to them.

Mothers rarely receive ego-boosting words, no strangers are taking pictures of them as if the sighting was as rare as seeing the Loch Ness Monster and Big Foot in the same room (this happened to us), and no men are stopping them to say, “I wish all moms were like you ladies.”

Why? Because moms are supposed to do these things.

Enough already. Just because a woman gives birth to a baby doesn’t mean that she should bear the weight of every parenting expectation while men can achieve hero status by changing the occasional diaper.

The bar must be raised.

However, I’m not saying that you shouldn’t thank your spouse for being thoughtful when it comes to you and your family.

It starts with us.

I’m up for the challenge. Are you?

Doyin is a best-selling parenting author, keynote speaker, champion of diversity & inclusion, and host of the Just Stick To Parenting podcast.

I completely agree that “Walking with our kids, playing with our kids, learning with our kids, and embracing the responsibility as the primary male role model in the lives of our kids is something that dads are supposed to do.” The problem is though, so many fathers are still not doing much of this, partly because almost all of us were raised by fathers who did so little for us…apart from going to work to earn money. This is something I have looked at to ask “Why?” in my new book, “The Remade Parent.”

I do stuff with my kids all the time. My dad did things with me. Neither one of us ever saw anything like this kind of response. Is this really all that widespread?

Sometimes I think I grew up and live in a parallel universe to most of the posters here… If this isn’t the case I can tell you – come to the conservative areas of the Southern USA- people have been used to seeing Dads be parents for over 40 years now; no one even mentions it.

I’ve seen it both ways. He took the kids to the aquarium. He probably wouldn’t have gotten the same response had he taken them to a professional sporting event. It got the reaction probably because it was thought to be educational or cultured and they didn’t feel that daddy was benefiting. I’m not sure how much of that was because it was dad and how much was because it wasn’t viewed as fun for dad.

Michael Chabon’s “Manhood For Amateurs’ covers ground this in the first chapter. Highly recommended. The rest of the book sort of trailed off in punch but that first chapter was excellent.
http://www.goodreads.com/work/quotes/6543116-manhood-for-amateurs-the-pleasures-and-regrets-of-a-husband-father-an

I think one problem is that when men face issues in society, there is an expectation that men should be able to fix this. Some might recognize that the problem is equally a woman’s and say that they need to work on their perceptions and attitudes as well. When women have issues there is an immediate push for legislative solutions. You say you can’t legislate parenting. Yes, you can. Telling a parent they can’t hit their child is legislating parenting. Telling a parent they can’t leave a 3 year old home alone is legislating parenting. When a child custody decision… Read more »

It’s not your or even necessarily a dads low expectations of being a dad. It’s other people’s expectation. I’ve heard the opposite from mothers. Mothers being criticized for not doing enough and I hear others jump to their defense. Why is there a rush by some to defend these mothers? Shouldn’t a parent raise and provide for their child? Why would this change just because you’re single? Just because it’s something you’re supposed to do, doesn’t mean it’s not hard or praiseworthy. Could part of the expectation be that when a person sees a mom with a child, they assume… Read more »

I couldn’t agree more! It also reminds me of the joke by Chris Rock from the same comedy special you referenced: “I take care of my kids” “you’re supposed to! You dumb…” It has always been a joke for my husband and I when people tell him he is an amazing father for Things that are just everyday occurances, like teaching our kids to ride bikes or taking the baby grocery shopping so I can go to a yoga class. He is an amazing father, and those little things definitely don’t happen without appreciation from me and the kids but… Read more »

Personally, I think it goes beyond the full time male care givers. A lot of us dads worked and still did/do the things that are mentioned. In my world,these were stereotypes that have been dropped on men/dads for decades. There is no bar, it’s simply what dads do. So where did these stereo types come from? Men? Men have been trying to gain recognition for a lot of years. I would rather a compliment similar to those mentioned then a negative. It’s not raising a bar when there was no bar where it came to dad’s. Men like you Doyin… Read more »

Its about history and context. For the longest time men have not only been taught that they had no place in child/home care but on the whole we are taught that men are not supposed to be doing those things. Its the same principal behind someone commenting, “Not bad for a woman” on doing something that is outside what the old gender roles say she is supposed to do. The solution is going to be two fold. Men are going to have to break through the old gender roles and do more child care and people overall are going to… Read more »

A great piece Doyin. I’d like to think that those of us who are pulling our weight as housekeepers and primary care givers will be the norm some day. It’ll take a combined effort of men doing more and women acknowledging more to get us to that place. But as long as we continue to act shocked when men handle their share of parenting, we are sustaining the narrative that men are less than what they should be.

Well, when you consider the fact women have been the keepers of the home for as long as they had been it’s not that astonishing. You could say men have been slow on adopting the new opportunities available, but that ignores the influnce of past generations telling them to be bread winners and workaholics (avoiding the work needing to be done at home-). Honestly, I feel we, men I a position to talk about ways to improve the situation, waste time ‘complaining’ about what other men are doing instead of talking how we were raised and avoided these outdated types… Read more » 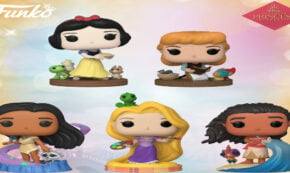 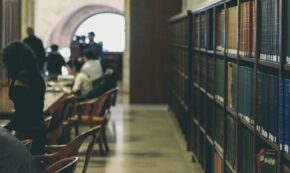 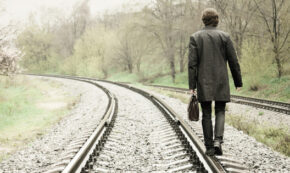 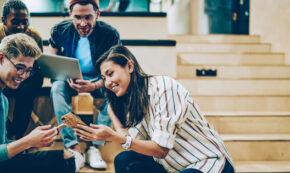 FacebookTweetPinEmailShares3.7k
wpDiscuz
15
0
Would love your thoughts, please comment.x
()
x
| Reply
Share this ArticleLike this article? Email it to a friend!
Email sent!