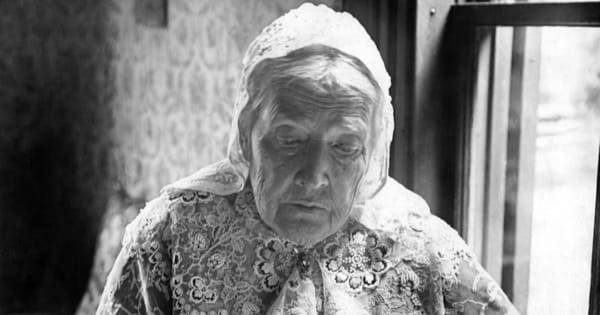 I vividly recall the first time my kids made me breakfast for Mother’s Day. I lay in bed patiently listening to them giggle and rustle around the kitchen … wait, was that the blender? They brought their creative concoction out to the yard, where we had an idyllic, quiet morning in the May sunshine. As a single mother, I cherished this moment of respite and respect.

But as a sociologist I know that my longing for the ideal Mother’s Day was cultivated by the ubiquity of Hallmark’s sentimental greeting cards, by traditional notions of the family and motherhood, and by a historical amnesia that has buried the origins of both Mother’s Day and Father’s Day.

Mother’s Day has become the story of a mother who selflessly labors physically and emotionally in the home but deserves one day to be fêted for all “the little things she does.” We have such romantic notions of being finally appreciated on Mother’s Day, that some mothers can feel disappointed. Not surprisingly, mothers experience lower satisfaction with Mother’s Day than fathers do with Father’s Day

The original intent of Mother’s Day to be a collective day of action—rather than a day of buying gifts, cards or flowers—seems long forgotten.Since Mother’s Day tends to focus on appreciating a mother’s domestic and emotional labor, it neglects a huge part of our life’s work, goals and accomplishments; it’s not surprising that some women feel dissatisfied. Not only do we have to pack all that appreciation into one day, we often do the cooking and housework anyway.

Originally a call for peace in response to the carnage of war, the 1870 Mother’s Day Proclamation was an impassioned plea by activist Julia Ward Howe, a feminist and advocate for the abolition of slavery. She wrote:

Let women now leave all that may be left of home for a great and earnest day of counsel … with each other … as to the means whereby the great human family can live in peace.

Could we once again imagine Mother’s Day as a day to work for peace and justice?

What if Mother’s Day was less about a brief reprieve from cooking and more about celebrating the diversity of all families? Could it become a day to support, celebrate and share collectively in the labor of making healthy, peaceful communities and families?

Americans spend over US$23 billion on Mother’s Day, an average of about US$200 per family and US$2.5 billion on greeting cards alone. It is the third most popular greeting card holiday, according to Hallmark.

In a 2018 study, U.S. sociologists found that greeting cards tell a gendered story of parenting and families. Cards for mothers celebrate nurturing qualities while cards for fathers uphold instrumental qualities like teaching. These greeting cards thank mothers for being loving, for drying tears and for “the little things they do.” Personal and emotional care receive little mention in Father’s Day cards.

Hallmark’s gendered story also does not include single mothers, nor incarcerated mothers. Nor does the idyllic Mother’s Day storybook include queer mothers, mothers separated from their children through residential schools, missing mothers, mothers whose child will never be able to make them breakfast in bed.

In Canada, lone-parent families make up more than 20 percent of all families with children, and 80 per cent of these are headed by women. Over one-third of lone parents were never married.

Approximately 80 percent of women in U.S. and Canadian jails are mothers. In Canada, almost 350,000 kids have a mother who is incarcerated.

None of these families are celebrated as part of the idealized Mother’s Day—most advocates of “the family” represent the single-parent family as pathological and irresponsible. Yet the origin of Father’s Day was to honor a father who raised six children alone.

Let’s reclaim the original intention of Mother’s Day: to gather and act together to challenge war, teach compassion, and work towards peace and justice. As peace activist Ursula Franklin famously asserted, “Peace is not the absence of war … it is the presence of justice.”

Instead of buying something, talk, connect, act with others. Teach your children about the diversity of families. Teach them too about the families denied the chance to celebrate Mother’s Day.

Contribute to a Mother’s Day campaign like Mama’s Bail Out, and support the work to reform bail practices. The Mama’s Bail Out Day project works to bail out mothers in time for Mother’s Day, an effort that is true to the original intent of this day. Local organizations across the U.S. have taken up this challenge.

As in Canada, they are also fighting for reform of the criminal justice system. In both the U.S. and Canada, a majority of those incarcerated are not convicted but are awaiting bail hearings or trials, with profoundly disproportionate effects on Black and Indigenous communities.

Mother’s Day could also be a time to support groups like FEAT (fostering, empowering, advocating, together) which helps the 50,000 children of incarcerated mothers in Ontario.

The activism that inspired Mother’s Day is not dusty historical trivia. My own daughter is part of its on-going thread; her new school is inspired by the work of Ursula Franklin, who as a member of the Voice of Women not only participated in Mother’s Day vigils for peace, but also tested the baby teeth of children (including her own) for radioactive strontium. Her research galvanized mothers across the country to convince the U.S. government to stop atmospheric nuclear testing.

So if on Mother’s Day your mother says, “For one day, I would love the whole family to get along and not argue,” then in fact, as retired teacher Sharon Montgomery suggests she would be in tune with Julia Ward Howe’s proclamation: “When families live in peace, they take the first step toward peace on our planet.”