Get Daily Email
Join/Login CLOSE
Home / Families / What Is My Body For?

Telling your daughter she can be strong and capable will never be the same as letting her find it out for herself.

What is your body for? Ask a little boy and he will tell you it is for running and jumping and swimming and kicking and rolling down the hill until you can’t breathe. Ask a little girl, and she will probably tell you that her body is for wearing pretty things. She has already figured out at five what she probably won’t articulate for decades: Her body is for being looked at.

Forty years ago last week, an amendment to the Civil Rights Act passed and changed my life. That sounds dramatic. So dramatic, in fact, that I almost backspaced right past it and wrote something more innocuous, something like this:

Did you know that women’s participation in high school sports increased over 900% since the passage of Title IX?

Today, 42% of high school athletes and 45% of college athletes are female.

Those are true statements indeed, but so is the fact that Title IX changed my life.

I was five the first time I remember kicking a soccer ball, and I hated it. Only at the insistence of my parents did I reappear the following Saturday, and the Saturday after that. We swarmed across the abbreviated field, hacking at each other’s ankles, swinging and missing, and occasionally sitting cross-legged to search for four-leaf clover. It was not soccer, but it was the start of something. The next ten years were caravans across the state, cleats that dumped clumpy turf across every surface of the house, and shin-guards that never ceased to stink.

That bag of gear has sat untouched in a closet for almost a decade, ancient dirt still clinging to the laces of my cleats. It would seem now that it was all for naught; there were no championships for me, no scholarships, no accolades. And yet, who I am today, how I view and treat my body, is a product of that on-field education.

Parents think sports are about teaching your children lessons about teamwork, sportsmanship, healthy competition, and hard work. They may think they are reinforcing the value of fitness and health. Worthy goals, to be sure, but for daughters, you may be missing the single most valuable benefit of sports.

At some point, your daughter will have this epiphany while running or jumping or kicking or throwing. She will realize, suddenly and surprisingly, that her body can do things, and that that capability is unrelated to the way she looks. She knows, in an instant, what boys seem to have already figured out: her body is awesome because it can do awesome things.

Last summer, standing on the beach, I noticed a stranger taking my picture with his cell phone. I faced him, and said, “Don’t take my picture.” He didn’t stop, so I said it again. He shrugged, “Come on! You’re at the beach!” This man, this stranger, imagined that the fact that I had a body that he could see meant that it was designed for his appreciation.

Your daughters will be told every day of their lives, in advertisements and television shows, from their peers and partners, that their bodies are made for pleasing someone else, for being admired, envied, and desired. It’s the gym slogan “Look good naked,” the eye-candy dancers in music videos, the models draped on cars, the cheerleaders whose athletic prowess is so clearly secondary to the size of their breasts and the arousal they inspire in others. It’s princesses who need rescuing, high-heeled shoes for toddlers, pre-pubescent beauty queens with spray-tans and dye jobs, reality shows where plastic surgery is the prize, not the punishment.

You can tell your daughter every day that she is strong and smart and amazing, but every day she will see messaging that tells her she’s only as good as other people think she looks. The only way to ingrain your message so deeply that she can produce it in the face of constant objectification, is for her to see and feel firsthand what her body is capable of. So help her find a way to feel what it’s like when her body works for her. Hike, bike, swim, stand on your head, throw a ball, run down the street, dance around your kitchen. Do whatever she wants, but do it now. It only gets harder.

Emily Heist Moss is a New Englander in love with Chicago, where she works at a tech start-up. She's a serious reader and a semi-pro TV buff. She writes about gender, media, and politics at her blog, Rosie Says. (Follow her: @rosiesaysblog, find Rosie Says on Facebook).

The day exercise started to become rewarding for me was the day I stopped chasing some perfect yoga nymph/lean running goddess body. The day exercise started to make sense was the day I realised that exercise is not a means to an end, it is the end. And it feels great! And now after every run or yoga session, I feel a sense of accomplishment and contentment that is in no way linked to my body image! I’m just sorry I was 23 before I figured this out, and I feel if my parents had put as much focus on… Read more »

I think that we should consider that the idea that the male body is for anything is already problematic since in some ways it implies that the body exists for the use of somebody else. The idea that a female body is for adorning it with pretty things, which I don’t think is a fully correct idea, can also relate to the idea that women are relational beings so there is more going on here than a sexual meaning. Men’s bodies have a utilitarian dimension and that utilitarian idea isn’t fully humanizing even if does relate to an idea of… Read more »

I agree with what you say here. I was thinking something similar, wondering why a body has to be “for” anything in particular. If the body is not “designed for” or “meant to be used for” anything, I don’t see why that would be so terrible. Here I was thinking that one ought to be able to enjoy existence and enjoy what your body can do, without getting into prescriptive language about what they’re supposed to do. Next thing you know we’ll be into intelligent design arguments about why the Great Spirit decided that we should have thumbs.

One other point I’d like to add – I think it’s a good idea to encourage girls to be physical at a young age as a way to counteract the message that exercise is just something women do to lose weight (ergo, look good). For one, if they get involved early and make physical activity a habit, they may be able to avoid ending up in a position where they need to lose weight in the first place. And for two, messages around fitness for adult women are so often crowded with the “weight loss weight loss WEIGHT LOSS” emphasis… Read more »

A good post, just ensure that she doesn’t feel like her body is a failure if she can’t do sports as good as others or at all. It sucks being slower than others, or unable to do activities n sports others can. Only 1 person can be the winner in a race but we need to encourage n make sure those who didn’t win feel proud for trying and doing something.

Thanks for that, Archy. Sports and athletics are great for discovering everything your body can do, but I personally dislike competitive sports in general. Through school gym class I had to participate in them and I just remember hating every minute of it, hoping the ball wouldn’t get passed to me, feeling left out by the more athletic girls (not that I was mocked, but they “cliqued” and I did not), and the inevitable conclusion that someone would have to win and someone would have to lose and because I’m not a good athlete I was likely going to be… Read more »

Emily, fabulous post. I’ve had a 25-year career in education–psychology, teaching, school administration, and heading a private school–working with kids from preschool through college–and I absolutely see what you are talking about. And I see it getting worse and worse. Girlhood is extremely different today than 25 years ago. I am writing a book about it now. In contrast to RevPilgrim’s experiences, mine will fill that book. Thank you for this article.

I’m sorry your experience of 5 year old girls is so particular. I’ve never met any 5 year girl who would answer that question in such a way and I’m the administer of a pre-k and preschool program and talk and visit with girls that age daily. Could it be that you’re projecting your anecdotal experience and understanding as a grown woman back onto these girls as a universal truth?

I absolutely agree. This article is so problematic because it encourages women to experience power in a masculine way. Soccer is great for some girls but it is a very aggressive sport and not well suited to all girls. I’m glad her experience of sport was so positive and I do believe athletics can increase body confidence. However there is nothing wrong with enjoying our own beauty and the attention we may receive as a result. Again, we have to learn to trust our own instincts and what feels good rather than being rigid and setting these rules for ourselves… Read more »

What the hell? What is power in a masculine way. Sports? How should they be encouraged to experience power!

I played soccer against girls and guys, the girls kept up. There is touch football here as well which is unisex and there are quite a few mixed gender teams of adults here, 20-40/50ish. I’ve never seen sports on the whole as masculine though some sports seem to favour genders, netball for women, full contact football for men. But I saw both genders playing sports from a young age so I guess I never saw it as masculine.

if competition bothers you, i would recommend weight training as a good alternative to team sports. it’s been a very positive way for me to get in touch with my body as a functional object without having to deal with the performative and competitive aspects of sports which otherwise would have prohibited me from engaging in physical activity at all.

Also: “She has every right to tell someone to stop taking her picture. However, if another woman enjoyed that attention there would be nothing wrong with that either.”

What’s problematic with that scenario isn’t whether or not the writer enjoyed it–it’s the photographer’s default assumption that he had the right to take her picture. 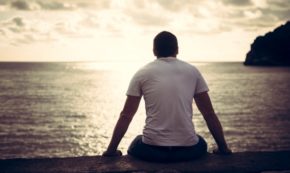 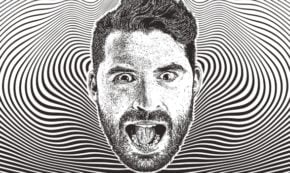 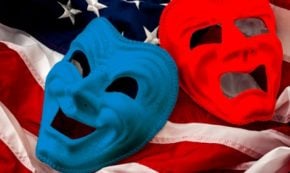 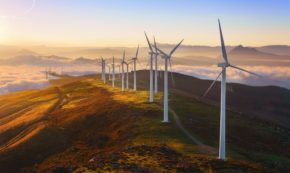 Facebook1.1kTweetPin7EmailShares1.1k
wpDiscuz
Share this ArticleLike this article? Email it to a friend!
Email sent!