Sending your kids out the door in mismatched socks shouldn’t be a litmus test of parenthood.

Earlier this week, before he passed the cold onto me, my partner Jeff was in bed with the sniffles, bundled up in his bathrobe, happy as a clam in flannel. He would blow his nose with a rumbling, gurgling blast that filled the whole house, and smile at me with bleary eyes, and tell me how glad he was to be sick. It was, he said, as if all the stress of the holidays and work and family and bills that he had been carrying around with him for the past month had finally been shrugged off, and his body could relax enough to address those pesky germs that had invaded. Good riddance!, the message of every sneeze. And watching him cuddle into the blanket and nod off to sleep, I thought how unsung his particular kind of heroism is in our culture. Because Jeff is a Weekend Dad.

It is popular, I’m sure you’ve noticed, to portray fathers these days as fat, laughable buffoons tripping through life on the heels of a wife who is way too attractive and intelligent for them and who is constantly patching things up and smoothing things over and nodding sagaciously when the credit that’s due never comes. Check out any family sitcom on television in the past few decades, and ask yourself why Marge stays with Homer, or Lois with Peter, or Lois with Hal, or Debra with Raymond, or Doug with Carrie, or Jill with Tim… or any of the wives who stay with clownish husbands on those all-too-numerous family sitcoms. Of course, once dispossessed of the stabilizing and sensible force of the Marge-d’œveur, the buffoon of a husband becomes something much worse: the embarrassing, bumbling and sometimes criminally negligent single dad. Sometimes the single dad is an endearing and heroic figure—if he loved his wife, who died of cancer or some tragic accident that left him scarred and unwilling to risk falling in love again … that is, until the chipper, compassionate, young heroine comes along—but for the most part, he is shrugged off as mediocre and foolish, undeserving and just maybe incapable of raising the children he helped to father in the first place.

I suspect this cultural trope is thanks, at least in part, to the feminist movement and the revolution to throw off the shackles of patriarchy and reassert the essential grounded practicality and intuitive wisdom of the feminine. And I’m all for that. But I also know that smiling condescendingly at the Weekend Dad because he lets the kids leave the house with mismatched socks or orders out for pizza for dinner every Friday night is about as mature as snickering at the freshman girl wearing last year’s style in striped tees. In other words: not very. Instead, it suggests that while we as women (and as a culture) have reached a point where we can balk at overt patriarchy, we have not yet understood that real equality is that of partnership and complexity, not of reducing the men in our lives to one of two stereotypes: either ruthless oppressor, or insufferable fool. As far as we’ve come, it’s as if we haven’t quite got the knack of being simply adults, but are stuck in the role of mothering. As if, to quote Terry Pratchett, “just because they’d got the label which said ‘mother,’ everyone else got a tiny part of the label that said ‘child’…”

But watching Jeff relaxing into his well-earned rest (after putting in a full day’s work despite the blocked-up nose and disorientation), I thought about just how hard Weekend Dads do work, at least the good ones. As a stepmother, I don’t exactly have an easy job either, but during the week while the kids are at their mom’s house, my time is my own. Here is a man who works non-stop, seven days a week: not an hour after he’s finished his salaried work late Friday afternoon and set his computer aside, he’s tackled by four lovely, energetic children who quickly claim every room in the house (except the somewhat messy and sparsely furnished “grown-up’s bedroom”) with their toys, books, blankets and games. All weekend, while I get to slip away to a job where most of the people I interact with will at least behave like polite adults if I treat them as such, Jeff entertains and instructs and comforts children for whom “important” can mean anything from “Jake beat me in Othello by exactly sixteen points, twice!” to “Jocelyn ran into a tree on her sled!” to “I told Sarah to stop and she wouldn’t, so I kicked her!” And this man, this mere “weekend dad,” engages with these children with unending patience and love, sifting through the inane and the ridiculous, supporting and encouraging wherever support and encouragement are needed. And then, when he’s dropped them back at their mom’s house each Sunday night, he buckles down and tries to work in an hour or two of personal writing or meditation before it’s back to the quiet, industrious, analytical work of the computational linguist the following morning.

And if sometimes he doesn’t notice the color of the kids’ socks, or only knows two good, healthy recipes to cook for a family of six in a tiny kitchen with about a square centimeter of counter space, I’m not going to be the one to fault him, or smirk, or think secretly I could do better. After all, I’m hardly a “real mom” myself. When it comes to that, motherhood is no longer the only archetype of mature and self-possessed femininity available to the modern woman, who has the potential to be so much more than merely maiden, mother or crone. The priestess, the witch, the queen, the shaman, the bard, the warrior, the basket-weaver … . And if we can liberate women from the archetypes of fertility and servitude, surely it would be strange to expect men to step in and take over those roles, just as it would be misdirected triumph to scoff when they do so ineptly or inadequately.

Perhaps instead we can celebrate the complexities and subtleties of contemporary gender identity and family life, and the mixed blessing of divorce that allows for a redefinition of roles and the redress of relationships that were inclined towards dysfunction or disrespect. Because in the end, matching socks only really matter in a world where socks are the only way a woman can express her competence and care as a mother and wife. Thank the gods, that’s no longer the world we live in. Now we can set aside the trivial, wade through all the social pressures to be good women or good men, and rise to the occasion of being simply good people, who demonstrate our love through attending and sharing, and who put the real needs of others ahead of our own need to appear Large and In Charge.

And now and then, we can revel in our head colds and allow others to care for us, and soothe us with hot tea and honey, and assure us that we have been good parents, and good partners, and good children, and good humans.

Alison Leigh Lilly is the producer and co-host of Faith, Fern & Compass, and the editor of No Unsacred Place. Nurturing the nature-centered, mist-and-mystic spiritual heritage of her Celtic ancestors, she explores themes of peace, poesis and wilderness through essays, articles, poetry and podcasting. Her work has appeared in numerous publications both in print and online, including Aontacht Magazine, Sky Earth Sea, and The Wild Hunt. You can learn more about her work on her website: alisonleighlilly.com

Lars, Thanks for your thoughtful comment. I think you’re right that seeing men as incompetent at homemaking and parenting is largely a more conservative/traditional view of the role of men and women and not something caused by feminism. On the other hand, I do think that the ways that this view is often expressed these days is thanks in part to feminist influences (and I am a feminist, so this is not a criticism of feminism so much as an observation about how even conservative opinions sometimes borrow the language and appearance of more liberal ones). For example, I know… Read more »

Alison, “Because in the end, matching socks only really matter in a world where socks are the only way a woman can express her competence and care as a mother and wife. Thank the gods, that’s no longer the world we live in” puts it vert nicely. Thanks for making the case for a view of parenting that focus on the complexity of real life and values a multitude of contributions, rather than insist of a one-size-fits-all parenting model. One nitpick: you say that the cultural trope of the incompetent father is (in part) caused by feminism. That does not… Read more » 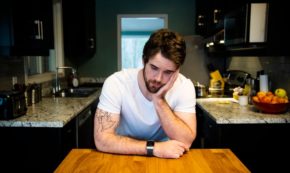 Facebook7TweetPin3EmailShares10
wpDiscuz
Share this ArticleLike this article? Email it to a friend!
Email sent!