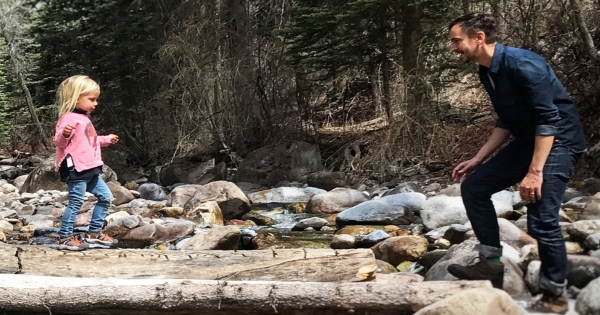 It seems like you can’t go through the day without seeing something about “social justice” or people being “triggered” by “micro-aggressions” on social media. I grew up in a different time, a different age. If you’re under 20 reading this, you’re probably thinking that’s what all adults say. I remember my father saying something along those lines to me, and I have no doubt his father said the same thing to him.

I can’t imagine what life was like back around the 40’s when my parents were children. It was a dark time. All told, it is estimated 80-100 million people lost their lives in World War 2 so when my father said it was a different world, he wasn’t kidding. Today’s world is also vastly different from my father’s. Not from destruction, but from invention.

I once heard Darren Hardy talk about the speed of technology and for much of history it progressed slowly, but the first hundred years of the 21st Century will see 20,000 years of technological growth. Sounds absurd, but to put it in perspective, the average junior high school student with a smartphone has access to more knowledge than the Pentagon had back in 1980. It’s mind-blowing.

I recently heard the expression Xennials to describe people like myself who experienced an analogue childhood and a digital adulthood. It was a time when spanking was perfectly acceptable, when children had their mouths washed out with soap for using bad language, bad grades got you grounded and climbing trees, playing on merry-go-rounds and shooting bottle rockets at one another was commonplace. Today, in many parts of the Western world, those ideas are considered cray-cray to borrow from modern vernacular. Instead we have lots of kids on medication for ADD or ADHD, the wolf and three little pigs become friends, and everyone gets a participation trophy. I can sum up my feelings with three letters – WTH.

Yes, the world has changed in a big way. But we haven’t. Don’t believe me? Pick up Orison Swett Marden’s book, He Can Who Thinks He Can written in 1908 and read a few chapters in it. Replace carriages and steam engines with airplanes and nuclear energy and the book would feel brand new. What we do have is a far greater standard of living thanks to breakthroughs in technology and medicine.

When it comes to success and love, much of what work then, will work now (with the occasional tweak). Want to learn marketing, instead of picking up the latest training on Facebook Ads, try Claude Hopkins’ Scientific Advertising. Forget about picking up the hottest new book on personal development, grab yourself a copy of Napoleon Hill’s classic Think and Grow Rich or the excellent Awaken the Giant Within by Tony Robbins.

Some of you might be aware that my son qualified for the Junior Olympics this past summer. Last week, he did it again, so in spring of next year, he’ll be swimming against the best. He does his homework every day (after enjoying 30 minutes of YouTube). He speaks two languages and has a black belt in Karate and is working on his brown in Aikido. What do I attribute to his success? Love, structure, and discipline.

I’ve been an educator in one form or another for over 36 years now, first as an English teacher, then a personal development coach and now as a time management consultant (check out an interview I did here). Over that time, I’ve learned that people, regardless of race or age, need these things in their lives to flourish.

The times may have changed. Technology certainly has. But the classics (hard work, respect, trust, discipline) will never go out of style. I love my son dearly, which is why I teach him right from wrong, and to respect his elders. I give him structure to keep him on track (we all need this) and I discipline him when he is rude or disrespectful.

Thanks to technology, our world has undergone incredible change, but the fundamentals of success in business and relationships haven’t. We certainly have new tools that allow us to be more productive and reach a larger audience, but when it comes to raising our children, the foundation is everything. We should all try and ignore the noise on social media and the latest fads and just get back to what works. Love, structure and discipline have worked for my son and I think you’ll find they work for your kids, too.

Facebook22Tweet5PinEmailShares27
wpDiscuz
Share this ArticleLike this article? Email it to a friend!
Email sent!