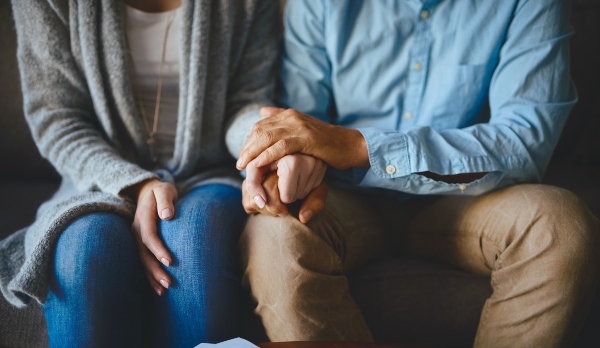 We think that forgiveness is a weakness, but it’s absolutely not; it takes a very strong person to forgive. – T. D. Jakes

T. D. Jakes take on forgiveness clearly states why sometimes one needs to learn how to forgive. Practicing Forgiveness is not everyone’s cup of tea.

“You are wrong I am right”

Humans are eternally flawed just as Alexander Pope said ‘To err is human’.

In your lifetime, you sure have been wronged by one or the other person who you couldn’t forgive yet. Be it your friend, your colleague, your ex-partner or even your parents, letting go of the pain they inflicted on you is definitely not legitimate.

When you recall the entire context, you know for sure you do not need any logical justification to move on from the resentment and bitterness you hold against that person. You know they are wrong and you are innocent. That is all you need to perpetuate the grudge that you hold towards them.

You are not generally unaware of the counterproductivity of negative emotions that you hold against the offender, but you are not ready to give away your victim mentality. Every time you try justifying their behaviour, you end up justifying yours.

In a context where you know that you have been wronged, betrayed, manipulated, cheated on or worse still emotionally abused and victimised, it’s justified for you to be vengeful. In fact, for you, the only possible way to punish the perpetrator is to never forgive him/her.

As trivial as the perpetration might be, the core belief behind being unable to forgive is that forgiving will lead to us condoning the actions of the offender, subtly giving them the cue that they have the power to mess with people’s lives and get away with it. On the other side, it makes the victim feel powerless to let go of the offender without punishing them.

But here’s the twist.

INNER PEACE CAN BE REACHED ONLY WHEN WE PRACTISE FORGIVENESS. FORGIVENESS IS LETTING GO OF THE PAST, AND IS THEREFORE THE MEANS FOR CORRECTING OUR MISPERCEPTIONS. – GERALD JAMPOLSKY

But why wish offenders well? Why forgive their malicious intent and accept them as they are?

It’s about you and not them.

When we are hurt by someone, hoping for the person’s well-being is the last thing that comes to our mind. The initial, immediate response to being wronged is to wish the person suffering, sorrow, discontentment and emotional turmoil. We often tell ourselves “I wish this person faces the same things that he/she made me go through.” “He/she should taste a dose of karma.” “I wish this person suffers as much as I did.”

We lose our rationale as we are overcome with anger, frustration and extreme aggression towards this particular person. We mistakenly start believing that every time we silently curse them, wish them ill-being, plan revenge on them, withhold affection, we are actually being in control and is successful in ‘punishing’ the other person for their deed. We believe the more we delay forgiveness, the harsher will be the lesson they learn.

But as James E. Faust says, “Most of us need time to work through pain and loss. We can find all manner of reasons for postponing forgiveness. One of these reasons is waiting for the wrongdoers to repent before we forgive them. Yet such a delay causes us to forfeit the peace and happiness that could be ours.”

Ask yourself, are those suppressed, dysregulated negative emotions slowly spreading its bitterness within you, very constructive?

Perpetually holding on to the bitterness, constantly reminds you of the wrong that was done to you, which in turn significantly degrades a person’s mental health. Prolonged periods of holding on to negative emotions can cause profound stress, which over the long run, significantly diminishes the efficiency of the immune system.

Holding on to anger, resentment and hurt only gives you tense muscles, a headache and a sore jaw from clenching your teeth. Forgiveness gives you back the laughter and the lightness in your life.

The more you hold on to grudges, the more you destroy yourself. Letting your emotions and actions be influenced by the offender’s actions results in the worst possible situation – it gives the offender the power to control you. Forgiveness helps you regain control over yourself as you let go off the arrogant resentment clinging on to you.

Always remember that withheld anger is like a fire that chars you from within while it was meant to char someone else.

Forgiveness is crucial, not for the person who did you wrong, but for yourself. When you finally let go off the toxicity and bitterness you were holding back, you finally let yourself breathe freedom. Forgiveness gives you exultation and a chance to uncage yourself from your own rancour.

So, forgiving the person is not about losing your self-respect, power or control, rather about restoring positivity back to your life.

Robin S. Sharma says, “Forgiveness isn’t just a blessing you deliver to another human being. Forgiveness is also a gift you give yourself.”

How do you go about forgiving someone?

Forgiving someone might take you time and efforts. But don’t forget, you are doing it for yourself, not for the other person(the other person doesn’t really care if you forgive him/her or not!).

The following are 4 tips that might help you let go of things for a lighter future:

Forgiveness is a voluntary action but it should be internally motivated. Nobody else can force you to forgive someone. It should organically come from within yourself.

Introspection helps you tap the root cause of you holding on to the bitterness as it fosters self-awareness and understanding of our behaviour, actions and attitudes.

2. Thank the offenders for the lesson.

Having a disappointing experience from a person you trust isn’t the best feeling in the world. Every coin is two-sided so is every bad experience. Forgiveness becomes easier when you take the offender’s actions in a positive light.

Be thankful to the person who has taught you a lesson in life. And it is because of him/her that you could learn from your mistakes and never repeat them again. It just helped you move a step closer to resilience.

3. Step out of your victim mentality.

The easiest thing to do is blame others and circumstances for everything that happens to you. Stop for a while and peek within. Whining, complaining, cursing and planning revenge doesn’t solve anything. Instead, take accountability and responsibility for your choices.

When you start accepting the fact that you control your life and you have the power to make better choices of forgiving and moving on, you will gradually start witnessing change.

OUR LACK OF FORGIVENESS MAKES US HATE, AND OUR LACK OF COMPASSION MAKES US HARD-HEARTED. PRIDE IN OUR HEARTS MAKES US RESENTFUL AND KEEPS OUR MEMORY IN A CONSTANT WHIRLWIND OF PASSION AND SELF-PITY. – MOTHER ANGELICA

People who try to be too strict with what is right and what is wrong will never be able to forgive a ‘wrongdoer’. You have to know that your happiness is more important than your need to be a perfectionist. Let go of your past as no matter what means you take, you cannot change it. You can only make wise choices for the present.

However, I would like to add that certain behaviours (rape of any form, sexual abuse, sexual harassment at workplace, domestic violence, homicide, bullying) are illegal and need to be dealt by the jurisdiction. Forgiveness is never an option if you are a victim of such behaviours. But this also doesn’t give you the pass to take things in your hand. The legal authority is responsible for dealing with such issues. All you can do is keep alive your fighting spirit to establish justice.

Forgiveness takes you to be selfless, empathetic and self-loving. But it is one of the most powerful resources available to you.

A version of this post was previously published on themindsjournal.com and is republished here with permission from the author.

Facebook5Tweet4Pin1EmailShares10
wpDiscuz
0
0
Would love your thoughts, please comment.x
()
x
| Reply
Share this ArticleLike this article? Email it to a friend!
Email sent!