‘But I have a great marriage.’ Think again. Mike Berry looks behind the façade for cracks that show your marriage is crumbling.

Let’s be honest guys, when we first got married, we had little to no idea what we were getting ourselves into. Most of us spent the first six months to a year of marriage figuring out how to serve, live with, tolerate, and love the person who committed their life to us. After year one, our marital vision became a little more clear, but little did we know that small habits, idiosyncrasies, and faults were beginning to pile up.

The truth is, there was really no way to avoid this from happening, so don’t beat yourself up too badly. When you match two imperfect human beings together under the same roof, and expect them to co-exist, there will be issues. For many, however, the faults and habits are left unchecked until they turn in to something bigger and more destructive than harmless idiosyncrasies.

It happens all too often. Like a slow trickle down the side of a mountain that eventually leads to a devastating mudslide, the “little” things are allowed to continue unchecked, even dismissed as “the way things are between us.” Years go by and eventually the love of your life becomes a co-habiter of your home and nothing more. And suddenly (though it happened gradually), you’re in crisis!

How do you know if your marriage is beginning to unravel? Here are five easy-to-miss signs of a marriage that’s in crisis:

1. You’re doing different things. This is not the same as being interested in different things or one of you preferring early morning verses late nights. You are actually living separate lives. Back in the late 90’s we knew a couple like this. Each weekend they would head in separate directions, do separate things, spend time with people who were not connected to one another, and participated in different hobbies. Unfortunately, a few years after we moved to a different state, we found out that the woman collapsed outside of a grocery store and suddenly passed away. At her funeral, her husband showed little to no emotion over her death. I found that interesting. I couldn’t help but wonder if their separate lives were the culprit. When you are each living a separate life, maintaining separate bank accounts, pursuing different hobbies, interested in different things, the emotional connection to your spouse erodes until it’s gone completely.

2. You miscommunicate over small things, often. Yes, the small things. Most big items are easy to stay on the same page over. Buying a house, sending a kid to college, paying the mortgage, buying a car, etc. It’s usually the little things that trip us up. “Did you pay the electric bill?” “Did you remember to put money in the kid’s school accounts?” “Did you remember the dinner plans we set up a month ago?” The list goes on. These small, seemingly unimportant things end up piling up into one big miscommunication issue.

3. Sex, or intimacy, is sporadic. This has to be on the list because it is an extremely important part of a marital relationship. It’s not the single driving force behind a healthy relationship, but it is a key force. Sex connects us to our partner physically, but also emotionally and spiritually. It’s impossible to make sex just physical, even for guys. Sex, and intimacy, are expressions of a deep love, appreciation, respect, and commitment we have to our spouse. When lots of time goes by in between these moments, there’s trouble.

4. You don’t really enjoy being together. Plain and simple, you don’t like going on dates, you find little satisfaction in spending alone time together, or you don’t have dating and nights out high on your list of priorities. This is a bigger warning sign than most give it credit for. In fact, it’s downplayed or dismissed with statement such as, “Well, we’re just busy,” or “We really don’t have time for date nights.” My question back is usually, “Why?” Why is this a priority before marriage but suddenly it fades into oblivion after marriage? Was your pursuit of your spouse reserved only until you placed a ring on her finger and said “I do,” or was there more?

5. You’re more interested in other people. This may seem like an obvious point but it’s so easy to overlook. Ask yourself this: “Do I find more fulfillment or excitement in conversing or meeting with other people (male or female) than I do my spouse?” Sometimes it’s a resounding ye,s and you can see clearly because of your behavior or your choices. Other times, however, it happens subtly and you fail to see it, even though others are looking at you with perfect vision.

There are many other signs of marital disintegration, but these five are the big ones. While they may seem obvious when you read them, they’re often dismissed or downplayed by couples experiencing them. I’ve even spent time with couples in crisis and had them respond with “Well, we’re busy people,” or “We don’t think our interest in different things is a problem.” But these are problems! In fact, they are signs of a much bigger problem.

If you are reading this list and some of the points are jumping out at you, or you’ve realized that some of this is happening in your marriage, stop what you are doing and seek help. It’s critical that you take this step. Often, couples dismiss the signs (as we’ve already said) which leads to a larger crisis, or worse—irreparable damage. For the sake of your family, your children, and your future, don’t wait to find the help you need. 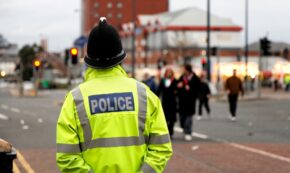 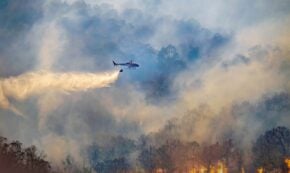 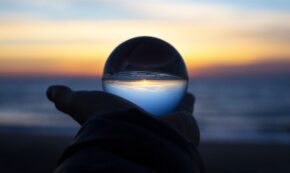 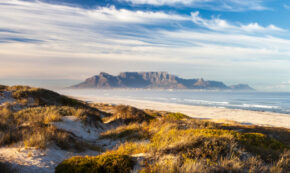 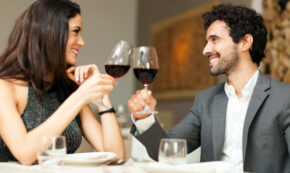 FacebookTweetPinEmailShares104
wpDiscuz
0
0
Would love your thoughts, please comment.x
()
x
| Reply
Share this ArticleLike this article? Email it to a friend!
Email sent!