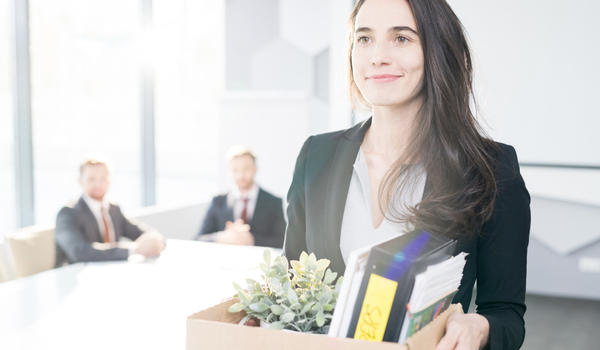 A certain amount of turnover is to be expected in every business. It’s the cost of doing business. Even in small, family-run operations, there will eventually come a time when someone doesn’t feel they fit in anymore and they will move on. Forward-thinking organizations develop plans for both hiring and retaining the best people for each position within their companies.

In larger organizations, hiring and turnover will be addressed within the human resources department. In smaller businesses, it may be up to the owner or manager to handle the details related to both the exiting employee and hiring their replacement. This takes time and effort away from the business of running the business. It is often disruptive and can be costly.

Taking action to minimize turnover is critical as it directly impacts overhead. Smart companies conduct exit interviews, when possible, to determine why employees leave. This is an important strategy to employ with all who are leaving the company, but especially when those choosing to leave are hard working and have skills or talents of particular benefit to the company. You want to learn why they’re leaving; if you can entice them to stay; and if there’s something inherently wrong within the company than needs to be changed. Sadly, undercurrents of dissatisfaction are not recognized until it’s too late, and change is inevitable.

What companies discover during exit interviews is that there tend to be common threads among those leaving—many of which could and should be addressed by leadership if they want to get and keep top talent. Below are seven reasons people leave and how companies might address them.

Any one of these reasons is enough to generate stress and anxiety in employees. Having poor experiences in the working environment is one of the reasons so many millennials frequently change jobs. Rather than allowing your organization’s environment to cause high turnover, be proactive about creating a business with opportunities for growth in a positive environment. Encourage engagement throughout the ranks and the long-term benefits to the company will not be just a reduction in turnover but an increase in revenue and that’s something everyone can get behind.

Louis Lehot is the founder and managing partner of L2Counsel, P.C., located in the heart of Silicon Valley on California Avenue in Palo Alto. Louis has an extensive global legal career, specializing in working with companies of all stages of development.