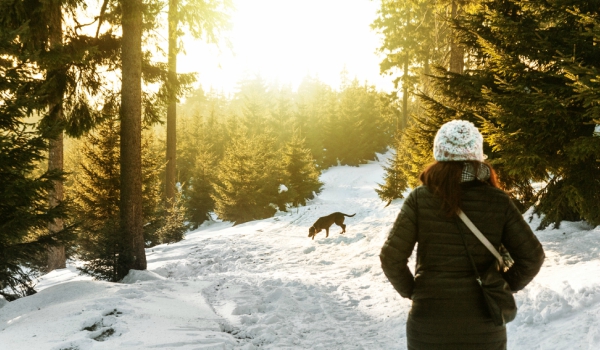 We think of wealth in absolute terms — $1 million, $10 million, $1 billion — but the truth is wealth is relative.

Many people who achieve a high net worth number find they somehow still lack the freedom it should provide. Even if you build the habits to earn $1m/year, if you pair them with habits that cost $1.2m/year, you’re still in the red. You’re rich, but you’re not wealthy. You have money, but you’re not free.

That’s what wealth is really about. Freedom. Since wealth is relative, so is freedom. Freedom doesn’t come with a fixed price tag.

It depends on where your money comes from in relation to where it goes and how much of it flows through either channel. It depends on how much time and energy you spend acquiring it, and whether you use it to buy things that will require more time and energy in the future — or return some of those to you.

If you say you want wealth and can openly admit that you want to make a lot of money, that’s a great first step. You can’t demonize what you desire. Your subconscious won’t help you get there.

However, if you can’t think of any particular reason why you need whatever number’s in your head, except for a fancy and leisurely lifestyle, which, by the way, everyone wants, chances are, what you really want is freedom — and you could have that for a lot less.

A while ago, James Clear put out a great tweet on what true wealth — true freedom — looks like. I thought about his list of signs, and added some of my own.

Think about which of these you want, which of them you already have, and who you know who exhibits these patterns. Think about what it’d take to achieve them, and you’ll see you’re much closer to wealth than you think.

When a competitor bought my dad’s company, they unleashed meeting hell. They have webinars at odd hours, sometimes involving up to 50 people, and they often fly halfway around the globe to listen to presentations for hours. As a result, my dad has to spend his nights and weekends doing the actual work of his job. That sucks.

The freedom to avoid this predicament is one of life’s greatest privileges. Being wealthy means not having to sit in a room with ten people, stare at countless slides for hours, and know nothing important is getting done.

Sure, you need the occasional brainstorm or catch-up, and it’s nice to do it in person from time to time. You can also delegate a lot in a handful of 5-minute chats. But as soon as meetings dominate your day, wear you out, and you don’t feel like you can decline to attend without punishment, it’s time for a change.

2. You don’t have to spend time with jerks.

The only thing worse than a too-long meeting is one where you have to sit next to a bunch of people you don’t like. We’re all different, and it’s normal to get along better with some folks than others, but great companies help you find those people.

Of course, as a freelancer or entrepreneur, you even get to pick those people yourself. You can choose to work with many people at one time, only a few over the course over a year, or, in some careers, no one at all. In any case, freedom means having to spend neither Friday night nor Monday morning with jerks.

3. You’re not caught in a cycle of status games.

Speaking of spare time activities, when your colleagues drag you to $300 sushi on a Wednesday, chances are, you’re in golden handcuffs: You have a job with lots of pay and benefits, but your environment forces you to spend all of it in a way that keeps you committed to working more and harder.

That’s not wealth. It’s a vicious cycle. The problem with buying status is that it only lasts while you spend money. After two weeks, your new Camaro isn’t impressive anymore. You’ll need something else to keep the “aahs” and “oohs” going. This can become an inescapable trap.

When you earn $500k/year but have to spend as much to maintain all your commitments, you can’t just step back and start over. You’d need another job making $500k out the gate — and that’s hard to do.

The best way to not get caught up in status games? Never put on the cuffs.

4. You needn’t show up in set locations at set times.

An extension of “no meetings necessary” is “no travel necessary,” combined with “no deadlines.” Heck, if you’re all aboard the freedom train, you won’t even have set work hours — and if you’re the type for it, you’ll thrive under these conditions.

This isn’t to say you’ll never have an appointment, travel anywhere for business, or have to deliver on time. It’s to say that, when you’re wealthy, you get to pick when that happens. No one can tell you to be at a certain place at a certain time, and they especially can’t tell you to do it every day, every week, and at the same location.

You might choose to do any or all of the above simply because you like having a routine, but you’ll also take comfort in knowing you can postpone, cancel, or rearrange the whole shebang at the drop of a hat.

Whether it’s an assignment at work, a request for a freelance gig, or an opportunity to speak on someone’s podcast, if you feel like you can’t say no, you’re also not really saying yes. You’re compromising yourself and your standards in order to comply with external expectations.

Now, make no mistake: Sometimes, saying no absolutely does have a price. You may miss out on revenue growth, follow-up work, or brownie points with your boss — but if you feel like you can’t afford either of those, that’s a problem.

6. You don’t have to worry about “Energy Vampires.”

In Move Your Bus, Ron Clark talks about “Energy Vampires.” An energy vampire is a person who, once they enter a room, drain all the light from it. They complain. They’re miserable. They make the conversation feel awkward.

At work, the difference between a jerk and an energy vampire is that one you can try to avoid, while the other might show up unannounced. He might be your boss as of tomorrow morning, and he’ll suck away your time and spirit as if it was his only job.

When others can claim your hours and stamina like accountants moving positions from one side to another, you’re not really free. The worry of it happening will constantly hover over you like the Sword of Damocles, waiting to drop. Getting yourself out of that position is a goal worth pursuing.

7. You’re free to choose your commitments.

As one responder to Clear’s tweet, Brent Beshore, aptly put it:

Real wealth is about the freedom to make commitments (friendships, family, faith, work, etc.), which necessarily restrict freedom, and are the wellspring of meaning, purpose, and joy. Freedom is the means, not the end.

For all this talk about freedom, too much of it just makes us unhappy if we don’t use it well. In that sense, money and freedom are quite similar. All of this flexibility — of time, of people, of energy — is not meant to idle. It’s supposed to be an ingredient in a life of meaning and happiness.

It’s not like wealthy people don’t have commitments. To the contrary. Often, they have a lot of them, with a lot of responsibility too. Real wealth, real freedom, is about choosing said responsibilities and having the power to alter them at any given moment.

Some self-restriction is necessary. It’s about how that restriction happens that determines whether, at the end of it all, you feel trapped or free.

Facebook7TweetPinEmail1Shares8
wpDiscuz
0
0
Would love your thoughts, please comment.x
()
x
| Reply
Share this ArticleLike this article? Email it to a friend!
Email sent!