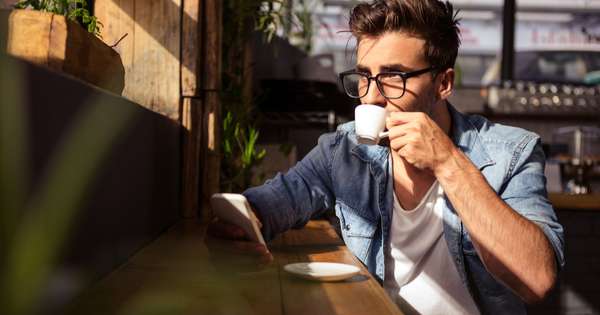 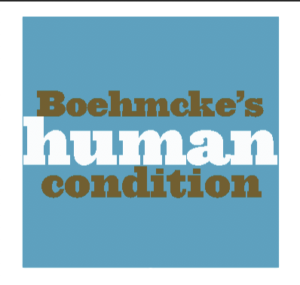 I have tried several times to tell this story.

Each time I have failed. My stilted attempts are those of somebody working to extract meaning from an experience he is still struggling to understand. While I remember the events that transpired and the order in which they took place, when I try to convey why I care so much about what happened, I stumble. Part of that is because the story itself is incomplete.

And yet this story occupies a heavily annotated space in my memory. It wasn’t horrible or traumatic, hilarious or unbelievable. It is, in some ways, just another abandoned subplot from a time full of unclear endings. But, because I still wish to understand it, I find myself here, once again, trying to turn an ellipsis into a period.

And while this story takes place in Florence, Italy, it really starts with Jerry.

I met him at the Cafe Cinema in the Piazza Della Repubblica. Jerry is a retired teacher in his late 60s with the quiet demeanor of somebody who exclusively consumes museums, books, and classical music. Like me, he is a student at the language school. He retired from teaching to live in Florence, learn Italian, and paint. He is worldly and knowledgeable, tells us his views on this city and others, and how he makes a living by painting portraits on commission. He seems like the kind of person I would want to be in my 60s.

Cosmopolitan individuals are of great interest to me because while I am in Italy to study the language, I am in active pursuit of a life-changing experience. I am overly excited by the world around me. I want to know everything about everybody and to be shaped by them. I want pictures and stories of adventure I can bring home and share. I am wet clay hoping to be formed in the birthplace of the Renaissance.

But my first week in Italy is not full of fast friendships and instant memories. I feel different than many of the students I meet who seem to have left America to drunkenly rage in Europe. Perhaps this is why I am initially so intrigued by the quiet intellect of Jerry.

Shortly after we meet him he invites my two roommates and I to dinner at his apartment. Being broke college students in an expensive city, we jump at the chance for a free meal. He lives in a walkup on the top floor of a five-story building. His apartment is a bit dark but well appointed with pictures and stately furniture, a stark contrast from the bare walls and 12-foot ceilings of our monastic lodging.

There is another student from our school at dinner. I have seen him before. His name is Drake and like my roommates and I, he also goes to Arizona State University. He has very distinct almond-shaped eyes and greasy dark brown hair. He wears a black trench coat everywhere – a trait that is a little weird in America and very weird in Florence.

Over dinner, we discuss the city, cost of living, and other towns to visit. Jerry is a wonderful cook and makes a delicious roast and polenta. I have never had polenta before. My mind is blown by the simplest things. We enjoy our time, thank him, and return home.

Time passes and life becomes easier. I journal daily, detailing all of the important experiences and realizations I am having, wear out the souls of my shoes on a million different cobblestones and embrace my existential journey, talking to strangers, becoming marginally better at the language, and opening myself as best I can, to the world around me.

A few weeks later Jerry invites us all over for another dinner. An hour before dinner, my roommates decide they are going to stay home. My own guilt won’t let me cancel last minute, or not show up, so I proceed to the dinner by myself.

As Jerry opens the door, and I enter his apartment, I realize I will be the only guest tonight.

Jerry pours me a Chianti and we make polite conversation as he moves back and forth from his tiny kitchen to the living room. I try to hide my discomfort as I look around his home, taking things in for a second time. On his coffee table is a magazine called The Advocate. It seems important somehow, like a data point, or a clue I don’t yet understand, something to collect for later inspection. Picking up the magazine feels out of bounds though, so I don’t.

I don’t enjoy being the sole focus of attention during dinner in this darkened space. I feel cornered and claustrophobic. At the same time, I feel the need to project a sense of worldly calm. I am trying to be bigger and better than my standard self, going against my instincts to do so.

Towards the end of our dinner, he shows me a painting he is doing on commission: Two parents sitting with their young daughter. It is an incredible likeness and very beautiful. He then looks up at me with intense focus and says, “The lighting you are sitting in is great. I’d like to take your picture.” It feels like a line from a movie, something a photographer might say to a model to get her to sleep with him. And before I can respond he has left the table to get his camera.

He returns and takes a couple of pictures of me in which I do not smile. He says he will paint a picture of me. Whatever comfort I was trying to project has waned to the point of invisibility. It is time to go.

In the weeks following, I don’t see him around the school. He has taken a break from classes which suits me just fine. But eventually, he calls me to say he must retake my photo with better daylight to finish the painting.

I don’t want to return to his apartment. But saying no makes me feel guilty for avoiding somebody who has extended only kindness and generosity towards me. I have convinced myself all discomfort must be confronted. And yet, I still don’t want to return. I agree to stop by with the caveat that I must be brief as I am meeting a friend for lunch.

In reality, I have no such plans.

When I arrive at Jerry’s apartment he shows me what he has done so far and I take pause. On a canvas, roughly 18 by 24 inches is my picture, hand-drawn and half filled in with color. It is uncanny. While I have been in hundreds of pictures, seeing myself, half of me anyway, rendered in oil on canvas adds a gravitas to my existence I have never felt. I am uncommonly stoic. It is moving and significant.

He mentions it would be a great gift to give my mother. My consciousness returns to the present moment, my attention turning again towards escape. We take the additional photos while I continuously and awkwardly mention my impending lunch plans, while also referencing a non-existent girlfriend in Arizona.

I walk down the stairs of his building, turn the corner of the first landing and look up to wave goodbye. And in this moment, I see a different Jerry. A forced closed mouth smile, squinted eyes, and both arms up in the air, saying goodbye yes, but in a kind of resignation.

Perhaps I am projecting.

We trade a few more emails after that, discussing a time when I could see the finished painting of the kid with uncut hair, ragged goatee, and wrinkled clothes. But it never happens. I never see Jerry or the painting of me again.

The following semester, back at ASU, I see Drake, though he doesn’t see me. Similarly disheveled, though, without the trench coat, he is walking into a meeting of the LGBTQ club. It feels like a puzzle piece falling into place. Shortly thereafter my curiosity gets the better of me and I try looking up Jerry. But this is the time before Facebook, and searching for somebody’s first name and city is fruitless.

It’s been over 15 years now and I have no idea what became of that painting. None of the embarrassing or horrific photos of me on the internet have such strange and unique provenance. Perhaps he still has it. Or maybe he just threw it out.

I read recently that in the 18th and 19th centuries, wealthy families would send their children on what was called “The Grand Tour.” It was a journey throughout Europe to serve as a finishing education. At the end of The Grand Tour, it was customary to have your portrait painted, perhaps celebrating the person you became at the end of your journey.

It feels ironic and yet wholly appropriate that my own endeavor for a grand tour resulted in a half-finished painting which may or may not still exist.

This story still feels incomplete yet I would not ask for more of it. The painting, which I am glad I do not own, represents this very unique moment during an especially significant semester of my life; a moment both created and captured by the same act. That painting, even unfinished, tells a clearer story of who I once was than I could ever hope to remember.