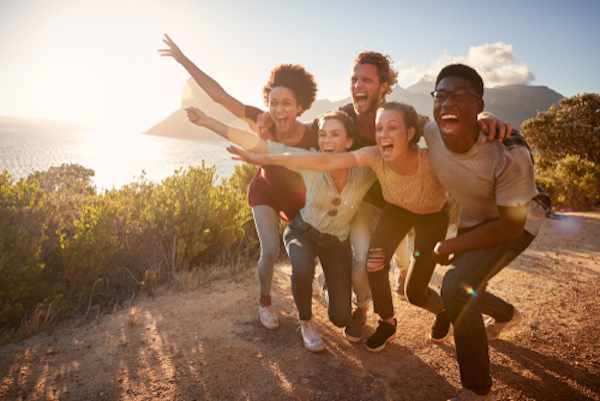 About Sex: The Evolutionary Importance of Males and Females

(Note: This article is the second in my personal Good Men Manifesto series. Here’s the first one.) There is a lot of confusion about what it means to be male or female these days. Masculinity today is maligned and misunderstood. Some believe maleness itself is inherently destructive and should be eliminated. Others view males as superfluous. This idea is reflected in the witticism, “A woman needs a man like a fish needs a bicycle.”

Some view men as being unsuited for today’s world. In her book, The End of Men and The Rise of Women, Hanna Rosin says, “The feminist revolution is here. Women are on the rise and men are on the decline. Earlier this year, women became the majority of the workforce for the first time in U.S. history. Most managers are now women too. And for every two men who get a college degree this year, three women will do the same.”[1]

Finally, some believe that traditional masculinity itself should be eliminated and we’d be better off just seeing ourselves as human beings.

I have a different view. Evolutionary science tells us that the division of life into male and female is very old and males and females have been interacting ever since. I can’t imagine wolves, lions, gorillas, or chimpanzees having arguments over what it means to be male or female. One of the glories of being human is that we have greater choice about our gender roles. Yet, within that diversity of choice, science tells us that there are important differences between males and females.

In their book, Gender Gap: The Biology of Male-Female Differences, evolutionary psychologist David P. Barash and his wife, Judith Eve Lipton, who is a medical doctor and psychiatrist say, “When it comes to human nature, the differences between males and females must be acknowledged as real, important, and downright fascinating. Moreover, when it comes to understanding those differences, there is no better guide than evolution.”[2]

Marianne J. Legato M.D is Professor Emerita of Clinical Medicine at Columbia University and is an internationally known academic physician, author, lecturer, and founder of The Foundation for Gender-Specific Medicine.[3] In her book, Eve’s Rib: The New Science of Gender-Specific Medicine and How It Can Save Your Life she says, “Everywhere we look, the two sexes are startlingly and unexpectedly different not only in their internal function but in the way they experience illness.”[4]

David C. Page, M.D., is a professor of biology at the Massachusetts Institute of Technology (MIT) and director of the Whitehead Institute, where he has a laboratory devoted to the study of the Y-chromosome.[5] He says, “There are 10 trillion cells in the human body and every one of them is sex-specific.”

It has been said that our genomes are 99.9% identical from one person to the next. “It turns out that this assertion is correct,” says Dr. Page, “as long as the two individuals being compared are both men. It’s also correct if the two individuals being compared are both women. However, if you compare the genome of a man with the genome of a woman, you’ll find that they are only 98.5% identical. In other words, the genetic difference between a man and a woman are 15 times greater [the difference between .1 and 1.5] than the genetic difference between two men or between two women.”[6]

Men can’t be fully alive to themselves, to the women they love, to their families and friends, unless they understand and embrace their maleness.

Today, good men are needed more than ever. It is time for men to come together at this time of peril to help bring about “the more beautiful world our hearts know is possible,”[7] as my colleague Charles Eisenstein poetically describes it. In order to do so, we have to understand the following findings from the evolutionary science.

The 16 Elements of My Good Men Manifesto

1. Recognize that our male lineage is ancient.

The evolution of males and females is not a recent phenomenon. Evolutionary science tells us that the division of life into male and female began one billion years ago.[8] Drs. Barash and Lipton say, “The world is divided into males and females. Nearly all animals, as well as most plants, have two recognizable sexes: male and female. Every once in a while, one encounters a person whose gender is difficult to determine by casual examination. Most of the time, however, there is little doubt about an individual’s sexual identity.[9]

2. Understand the key elements of sexual psychology and evolution.

According to Evolutionary Psychologist David M. Buss, author of the textbook Evolutionary Psychology: The New Science of the Mind, “Human sexual psychology evolved over millions of years to cope with ancestral adaptive problems, before the advent of modern contraceptive technology. Humans still possess this underlying sexual psychology, even though the current environment has changed.”[10]

“What competing is to males,” say Barash and Lipton, “choosing is to females.”[12]

“In the human case,” says David Buss, “it is clear that women have a greater obligatory parental investment. To produce a single child, women must endure a nine-month pregnancy, whereas men can produce that same child with as little as a few minutes of investment.”

Yet, both males and females want to pick the best mate so that their offspring survive and thrive. “When it comes to long-term mating or marriage,” says Buss, “it is equally clear that both men and women invest heavily in children, and so the theory of parental investment predicts that both sexes should be very choosy and discriminating.”[13]

3. Appreciate the biological basis of males and females.

An article in the journal, Science, asks “Why Two Sexes Are Better Than One.” The author says, “Step into a singles bar and it’s pretty clear that having humanity divided up into two sexes can be frustrating–it cuts the potential mating pool in half. Biologists have long puzzled over why this should be. After all, with only one sex, everybody can be a potential mate, so why bother with two?”[15]

The answer has puzzled scientists, but new studies point to the fact that having two sexes allows for genetic variation that isn’t possible with only one sex, and though there are a few exceptions in nature, two sexes seem to more efficient than three or more.[16]

[3] The Foundation for Gender-Specific Medicine, https://gendermed.org/.

Facebook14TweetPin1Email1Shares16
wpDiscuz
0
0
Would love your thoughts, please comment.x
()
x
| Reply
Share this ArticleLike this article? Email it to a friend!
Email sent!