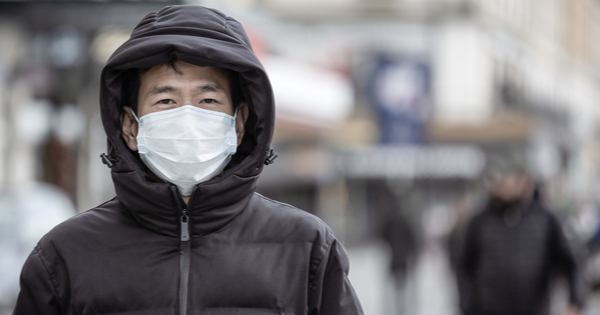 The 2020 United States presidential election is scheduled for November 3, Incumbent President Donald Trump has to do his utmost best not to have the economy slip into a recession during this time.

We can look back and see what happens during a recession hit in 1990 an election year, it was a relatively minor recession that had actually ended months before the election. However, many people still felt the effects of the downturn. They were worried about the national economy. While Bush had handled the economy reasonably well, he wasn’t able to convince the Americans that he was strong and capable and caring.  Bill Clinton, on the other hand, was masterful at speaking to the American people and connecting with them.

Trump is trying his best to quell any recession in 2020. However, if industrial expansion is observed, it has expanded since the last recession in 2008. On average, industrial development lasts about ten years. This expansion has endured and continues for more than eleven and a half years. Therefore, the recession is very late.

Since October 2019, numerous experts in the stock market have been predicting that a recession could manifest in 2020. According to the law of averages, it must happen. It will, but not because of mentioned above.

Do not forget that America is an important player in the stock market and capitalism in the world. Although there is not a recession traditionally insight, it seems that Coronavirus has created a kind of recession inadvertently.

The spread of Coronavirus (Covid-19), is unsettling supply chains, throwing travel into chaos, sapping sales of some products, freaking out the stock markets, and intensifying fears of a global recession.

Apple and Nike and other manufacturers and companies around the world are already admitting they’re feeling the harmful effects of the virus. Same travel and tourism. Airlines, cruise lines, hotels; they all take a hit during outbreaks due to travel bans and warnings, and general fears — real or hyped — about contagion.

I can call it a “soft landing recession” because, unlike a major recession, this recession has not yet caused serious panic in the stock market and global industrial markets. In recent weeks since the spread of the Coronavirus, the global stock market, including the U.S. market And Canada, has been very turbulent.

The Dow Jones Industrial Average dropped on Friday, whopping by 900 points or over 3 percent. At the same time, another major stock index took a major hit: The S&P 500 and Nasdaq both opened down by about 2 percent.

China, the country of origin of the Coronavirus, plays an important role in the global market. There is no doubt that the virus has caused damage to China’s economy. The factory is closed. The malls are closed. The main towns were abandoned during the celebration of the Chinese New Year. As a result, consumer spending has decreased significantly. Major airlines such as Air Canada and certain U.S. airlines have ceased operating flights to China. Major restaurants such as Starbucks have also closed their doors to customers.

The virus also affected supply chains in major industries and affected large companies. Automobile factories across China have closed. Global automakers such as Toyota, Daimler, GM, Renault, Hyundai, and Volkswagen have had to close operations. It also makes it more difficult for Apple to make iPhones in China, as chip makers, such as Qualcomm, the world’s largest smartphone chip maker, say production of such products has slowed. Because manufacturing growth has slowed in many countries.

Subsequently, there are thousands of job losses—less income in the economy, and hence, less spending. But the more expensive and heavy burden on the Chines government.

In general, this could hurt GDP in the first quarter. In short, this coronavirus outbreak will cause a “soft landing” recession that will somehow satisfy experts and stock market experts who are eagerly waiting and predicting a slowdown in the short term. So, it helps to choose the current president of the United States. But I predict that shortly after the U.S. election, a real recession will hit markets. Because it should have expired long ago. The market cannot continue to expand forever. The market will shrink at some point, and the market will go through a cyclical process.

Surjit Singh Flora has lived in Brampton, Ontario for the last 28 years. He is a guest-column writer, news reporter and photographer who has been published all over the world in more than 100 newspapers, magazines and online. He is also the editor and publisher of the weekly English news magazine Asia Metro Weekly.