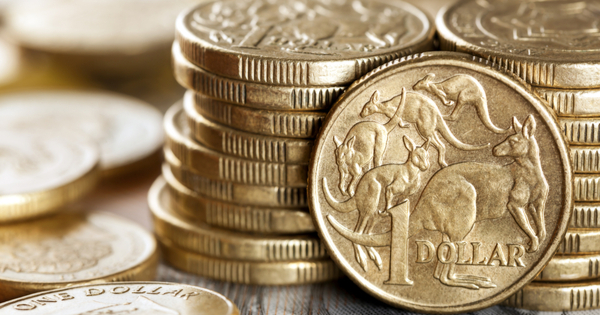 Without a doubt, Australian’s today need to source produce directly from farmers. There is a need to support small and local business and help at a grassroots (consumer) level to rebuild and redevelop our communities that are feeling increasingly fragmented. They are the ones who employ our locals and feed and sustain us. In any case, I try to consume consciously, but apparently not everyone cares.

However, calls to blanket boycott Chinese businesses aren’t the answer to COVID19 either. While I might not agree with large foreign corporations (of any race) investing heavily in the Australian industry I recognize that is absolutely something the government should consciously regulate. Foreign ownership has the potential to ruin our employment opportunities and potentially undermine our economy and essential services.

What I don’t agree with is callously shooting a messenger or innocent bystander so may be the case based on their race. If consumers are angry at the Chinese government and don’t want to support their economy, that’s a personal decision. Don’t travel there or bolster tourism. Lobby the Australian government to stop selling off our industries to ANY foreign investors.

But the danger of a neoconservative push to buy exclusively “Aussie” products gives rise to a predominantly Western nation which “others” anyone who is not called John Smith with sixth-generation white ancestry. That is absolutely NOT the Australia I know and love, that thrives and prides itself on multiculturalism and who has its own national anthem that boasts, “for those who’ve come across the seas, we’ve boundless planes to share…”

Furthermore on calling for boycotting small Chinese owned business in Australia (or anywhere else) please take a minute to imagine being unfortunate enough to be born into a dictatorship. What if you tried to make a better life for your family as a small entrepreneur and suddenly everyone in the Western world boycotted your services (and you personally because of the way you looked). That is irrespective of the part you actually never played in the destruction of mankind as we knew it via COVID19 which is at best a tenuous link and looks far more like racism to me.

What if you were the family of the missing whistle-blowers in Wuhan who tried to warn the world about Coronavirus and were silenced through death. Imagine fearing your government and then imagine the world turning their back because of where you were born. Do we need to forget that government aside we are ALL just people? I’m all for putting out the fires in our own backyard first and foremost. But not always necessarily at the expense of the most vulnerable people on the planet.

That includes people who are silenced and don’t have a voice. People who don’t have welfare. People who don’t have choices and live with tyranny every day. I think we need to separate the government’s actions from the people for a minute. If I blamed all my U.S friends for the Trump Administrations’ misdemeanors life would indeed be lonely.  Australians, if you could have sent critical water supplies back from abroad to Australia when we were on fire, would you not have done it?

Everyone is frustrated but don’t let that define our narrative and reactions. The healthcare resources aren’t here when we need them to be. But no one complained when a billionaire sent tons of urgent supplies directly from there to here. In fact, he’s been hailed a hero by the mainstream media. We need to open our eyes to the fact that there are some racist undercurrents in current commentary around Coronavirus. Between Covid19 and the bushfires Australia has had a tough time. And in particular from a leadership and consumer perspective, there’s much to be learned from both.

However, people cannot for one minute pretend that all THAT toilet paper disappeared off the shelves without doomsday Australians of the everyday variety playing an active role in the hoarding process. The wet market jokes are also off. I’ve seen the wet markets in real life. I found them gross but then again I don’t frequent abattoirs either.

How though did this get to the stage that Chinese Australians are too scared to leave their homes because suddenly everyone is a racist espousing angry lateral violence? And, since when was it was ok to make food source jokes about random people in our community? Some of the neoconservatives in Australia are actually making blanket statements on boycotting the whole of Asia.

To be frank, I’m not sure these people travel or even get out much because if they did they’d know the generosity of spirit with which Australians are greeted by many of our neighbors in Asian countries and in particular in Indonesia. When the bushfire crisis hit us hard earlier this year taxi drivers who are lucky to get ten dollars a day were donating a third of their salary to us and our wildlife. Let’s all think about that for a minute.

The Chinese government IS known for mysterious corruption and censorship. They have been negligent and their conduct has been despicable. They have put the world in grave danger. But let’s not pretend the government hasn’t treated their own citizens the same (or worse) than us.

I’m not a fan of Prime Minister Scott Morrison (ScoMo). I’m beside myself at the visions of the welfare lines right now. BUT let’s not forget that although we are suffering there are some blessings. We’re still luckier than much of the world. We have access to world-class health facilities FREE. We have welfare. We have mostly good infrastructure and we live in a democracy with a reasonable judicial system. We can call the P.M a bloody idiot and not go missing within days.

BY all means, buy fresh local produce sourced from small business but a blanket boycott of Asian products is just racism. We are all hurting. But some of us still have a voice. Let’s lend it to compassion. The Australian government are calling this a health crisis and an economic crisis but to me every single day it is looking a lot more like a humanitarian crisis. There’s no need to war and tear people apart even more.

As for the small business operators of China (in particular the Australian Chinese families) surely they too have already suffered enough?! This inherent racism needs to stop. Buy Australia made (or not) but stop waving your nationalist patriot flags and trying to actively destroy other races from the same planet, if not country. We are ALL people. At the moment we are all scared, fairing poorly and we all need the bloody face masks.

But humor me and just step back for a minute. Relax, breathe and put back the toilet paper stashes and the primitive prejudices. They need to go back on the shelf where they belong. Racism, war, division and hatred is actually the last thing we need more of right now.

Naomi Fryers is a freelance writer and former editor at The Good Men Project. Her work has been published by a number of celebrated publications including The Huffington Post and Elephant Journal and also with iconic brands such as Virgin and Yahoo. Her debut book ‘The Long Way’ will be published in October of 2020 by the kind press. You can find her musings at www.naomifryers.com