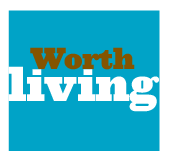 My social etiquette was lacking. Years in the darkness had that effect.

I consider myself fully recovered from mental illness—depression, OCD, and anxiety.

Reflecting back, I knew by the autumn of 2007 I was going to regain my good health. It didn’t take much longer to recognize that l had recovered from 16 years of darkness. To see the brightness of life was overwhelming in the best possible sense.

The four years between my breakdown and recovery were spent in semi-isolation. I interacted with my family, two friends, and my doctors.That was all. Oh, a few online connections too.

Though healthy, I found myself lacking in certain social skills. Social demeanor had to be re-learned. Now I wasn’t completely inept or ignorant.

I was invited to speak at a mental health conference in my home town. The organizing committee and the conference speakers spend the evening before the conference at dinner. It’s a great idea to help calm one’s nerves and concerns about the conference.

It was my first dinner at a restaurant in my home town in six years.

I found myself sitting at the table looking at a full setting—plates, dishes, and cutlery. I wasn’t sure which fork to use first, which plate to use for my bread. There was a time in my life when such dinners were common place. I did figure it all out but for those few moments, I felt out of sorts.

It sounds simple and even petty, and that’s the point, it is. So the fact that I struggled was even more pronounced to myself.

I was invited to volunteer with a Mental Health Commission of Canada project being organized by the Canadian Mental Health Association Manitoba Division. The Project Committee met a few times in different cities across Canada. Our first meeting was held in Winnipeg. I hadn’t flown in years. I asked my sister what was new at the airport. Check in was being completed at a kiosk. I had to read the airline’s site to learn was allowed in carry-on luggage. The security was more stringent. How much do I tip the cab driver? So much to consider. and all new to me. I always had a certain sense of pride that I was a seasoned traveler, but no more.

I was late to texting. I couldn’t afford an up to date cell phone until 2013. I learned quickly that cell phones were no longer used to talk. Hearing a voice was rare. Everyone texted. My  problem was I didn’t know when the texting conversation ended. I would exchange a few text messages. Then I would read a text and wonder. Do I text again? Would it be too much? Is the other person gone? Not a clue what to do.

Oh and I don’t type very well or very quickly. It would take some time for me to send a  text message. I would get a response in seconds that was five times as long as mine. Trying to discuss a matter on which there was a disagreement, OK, an argument, was the worst. I simply couldn’t keep up.

I still wonder what to do texting. I have awkward moments when I really don’t know how to respond.

One important change in my life was a job. I had volunteered with the Canadian Mental Health Association Nova Scotia Division for a few years. A position became available and it was offered to me. I hadn’t worked in eight years. Many aspects about returning to a work environment concerned me. This may sound silly, but I did not know what to wear.

As a lawyer, I knew. I had a closet full of white shirts, jackets, and neck ties. I was comfortable wearing a jacket and tie so I stuck to my comfort  zone. I was the only one so dressed at the CMHA Offices, but I felt good. Though I had a few moments of self-doubt and second guessing, especially as I sat at meetings with others wearing sweat pants and tee shirts.

With my life becoming more hopeful, happier, and healthier, I was trying new activities that to most were simply common place.

I usually look at life events through the prism of self-confidence, self-esteem, and self-worth. Those three self’s dictate so much in how  I think, feel, and dream and thus in what I undertake in daily life. Without those in our minds and hearts, the slightest of challenges can become insurmountable obstacles.

We should always look at others and appreciate that their life context may be different. What is simple and easy for you, may not be for me.

Or our egos are showing thru

It’s our world that’s been disrupted

And our strength reflects from you

Not Fragile, over you

Try us when you’re getting down

Feelin’ high or just hangin’ round

My life came undone in 2003. In the span of five days, I was diagnosed with depression, lost my career and had a mental breakdown. Not my best week.

I now use my knowledge and experience as a lawyer and with mental illness to write and speak about my journey. I have written for the National Post, the Nova Scotia Bar Society, the Canadian Bar Association and the American Bar association. I have spoken at national conferences, corporate events, universities, and fundraisers. I also have worked with the local police service with its mental health training the last five years.

Good Day!!Thank you for sharing this nice blog that you make…

All very true. What appeals to me may not appeal to you. What makes one person happy may actually make another person sad. Thanks for the reminder.

Facebook7TweetPinEmailShares7
wpDiscuz
2
0
Would love your thoughts, please comment.x
()
x
| Reply
Share this ArticleLike this article? Email it to a friend!
Email sent!