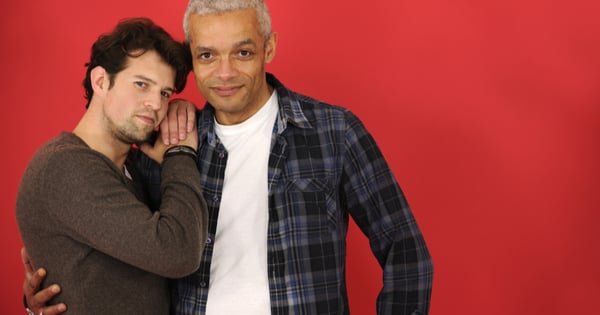 Some men prefer older men; sometimes much older. Many inquiries I have received over and over again through the years begin something like this: “I’ve always liked older men, but many gay friends close to my age are critical of me and suspicious of my motives. They don’t get it, but I don’t understand it myself, so how can I explain it to them?” One young man said to me, “If I see a handsome gay man my age, he might just as well have a vagina. I feel nothing.” Another said, “I don’t get aroused if I see some hot young man, but if he’s with his grandpa, I get excited.”

This phenomenon is more common than most people realize, but it is rarely talked about and almost never researched. Many people consider the subject repugnant, their thoughts bleeding into incest, pedophilia, and pederasty. Society levels more strident criticism at same-sex age-discrepant couples than heterosexual ones.

As I researched for my book, Finally Out: Letting Go of Living Straight, I began to hear more and more stories of couples with age gaps of 20, 30, or even 40 years. The younger men almost universally mentioned two things that attracted them to older men: white hair and an ample belly. Sometimes they affectionately referred to them as “silver daddies.”

Initially, I was unconvinced these relationships were serious, but that was because I held stereotypical views: an older gay man who was looking for a trophy-mate and has the money to take care of his boy toy and a younger man who was looking for a sugar daddy. I now recognize this as a hackneyed idea that infuriates men in age-gap gay relationships. One day I was gobsmacked when I realized that my husband and I have about 15 years between our ages, and yet after 33 years together, our age difference has rarely been a consideration.

Insomniac City: New York, Oliver, and Me, a book by writer and photographer Bill Hayes, depicts intergenerational couples in a positive way. This moving memoir is about how Hayes fell in love with a much older, closeted man, neurologist Dr. Oliver Sacks, and the mutual love they felt for each other. It also shows the tenderness and commitment they felt for each other as Sacks was dying of cancer. In any relationship, life circumstances can hurtle one into the role of caregiver; the younger man faces higher risks of heartbreak, but as one younger man said, “You know going in that’s part of the deal.”

Research on age-discrepant couples has been sparse, and what little research has been done has focused primarily on heterosexual couples. Based on the number of times this question drops into my mailbox, the reasons for these age-discrepant attractions consumes a great deal of bandwidth in the thoughts of a lot of young gay and bisexual men.

But perhaps age is only one more factor in sexual attraction—no different than hairy chests or big biceps—as Dr. Michael Seto’s paper “The Puzzle of Male Chronophilias” suggests. My interest in this subject was piqued when one young man said, “I like men with rounded corners.” Seeing that I was puzzled, he elaborated, “They have all their corners and sharp edges worn off,” a lovely metaphor that I explored in “Age as a Factor in Sexual Orientation and Attraction.”

Other correspondence I have received often goes something like this: Why am I like this? I think it’s because I never had a father. But others say, I had the best father ever and I want someone like him. I couldn’t find a correlation in their stories, and the contradictory views expressed by young men about their relationships with their fathers suggested to me that they contribute little, if anything, to their sexual attractions.

German philosopher Arthur Schopenhauer said, “A man can do what he wants but not want what he wants.” Sexual attraction is determined by a combination of factors that are beyond our control. What we want is programmed into our nature. Although this view is not accepted by all, enough philosophers and scientists agree, making this no longer just a fringe view. Perhaps attraction between younger and older men is imprinted during a developmental window, but if so, it is programmed onto a character structure that was most likely set by nature. Male eroticism is concrete; perhaps, then, it is innate.

When psychotherapist Dr. Leon Banister Jr. was completing his doctoral dissertation, “May-December: Navigating Life as an Intergenerational Gay Couple,” he thoroughly researched what proved to be the limited available literature on intergenerational couples. He also conducted narrative interviews with several age-discrepant couples. Some common themes emerged:

I suspect that the answer to why one person is sexually attracted to another is multidetermined, but one factor might be the effects of oxytocin, a brain chemical sometimes called the “love hormone” or “cuddle hormone” because it is released when people snuggle. (A desire for cuddling comes up with young men who prefer older partners almost at the same frequency as white hair and ample belly.) I have not found any research on the role of oxytocin in age-gap couples.

Ultimately, statistics don’t change minds; stories do, which is why the works of Bill Hayes, Dr. Seto, Dr. Banister, and j. bilhan are so important. Their efforts are helping to present these age-discrepant relationships in a positive way, and by so doing help to normalize them. Their work will comfort men in the double jeopardy of being both gay and loving someone much older or younger. 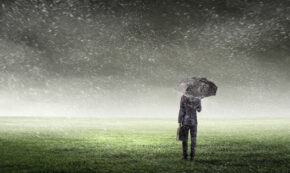 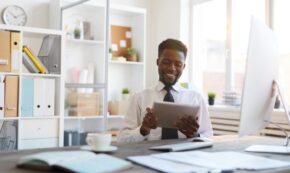 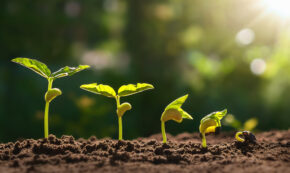