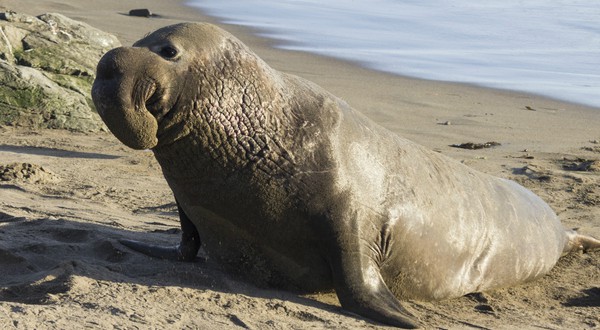 —
LONDON, 19 July, 2018 – A foreign invader, a species of alien seaweed, has managed to cross the oceans to reach the frozen Antarctic shores. So scientists may have to give up a cherished belief: that Antarctica is inviolate.

For a century, researchers have assumed that the mix of ocean currents, distance and temperature have kept the Great White Continent shielded from invasion by Pacific or Atlantic flotsam.

But the discovery of strands of kelp on an Antarctic beach – seaweed that may have drifted for considerable periods and a distance of 20,000 kms before becoming stranded far from home – brings an end to that belief. And the discovery suggests that global warming could bring serious changes to Antarctic ecosystems.

“This finding shows us that living plants and animals can reach Antarctica across the ocean, with temperate and sub-Antarctic marine species probably bombarding Antarctic coastlines all the time,” said Ceridwen Fraser, of the Australian National University.

“We always thought Antarctic plants and animals were distinct because they were isolated, but this research now suggests these differences are almost entirely due to environmental extremes, not isolation.”

Dr Fraser and her colleagues report in the journal Nature Climate Change that strands of southern bull kelp, Durvillaea antarctica, found by a Chilean scientist, must have floated 20,000 km from the Kerguelen Islands and South Georgia. The kelp was encrusted with barnacles, evidence of a long time adrift.

In fact, researchers believe, it may be evidence of the longest episode of “biological rafting” ever confirmed. The word raft is significant: such floating platforms could provide shelter and transport for other biological invaders.

Until now, the assumption has been that the pattern of surface currents and westerly winds tends to drive drifting material northwards from Antarctica. The discovery suggests that if kelp can get there, so can floating driftwood, or plastic debris, or any other unwelcome visitor.

The researchers think large waves driven by Southern Ocean storms may have steered the kelp rafts over what had been considered a natural ocean barrier. Global warming has begun to change conditions in Antarctica, and the continent – considered the last great tract of terrain unmarked by human colonisation – could become increasingly vulnerable to change.

“This is an unequivocal demonstration that marine species from the north can reach Antarctica. To get there the kelp had to pass through barriers created by polar winds and currents that were, until now, thought to be impenetrable,” Dr Fraser said.

“Our findings also indicate that plants and animals living on Antarctica could be more vulnerable to climate change than we suspected.” – Climate News Network

—
This post was previously published on www.climatenewsnetwork.net and is republished here under a Creative Commons license CC BY-ND 4.0.
—
—