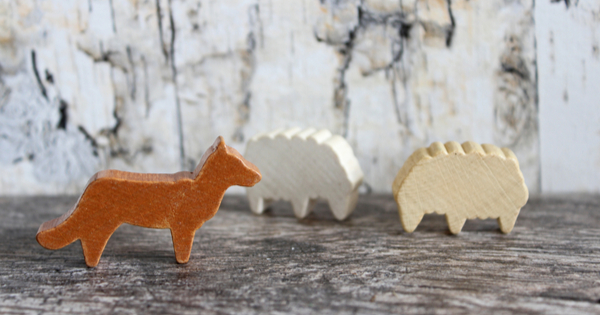 Heaven is up and hell is down

Or maybe not, just look around.

Pundits, pandits, tyrants, sycophants, dictators, demigods, commanders, chiefs, rulers, gurus, autocrats, potentates — we’ve quite an array of “leaders” enjoining us to think, do, and be according to their dictates. Many of them have taken on the aura of “prophet.”

All of them have their messages, and all of them, extraordinarily, think they’re right. Despite them, though, we live in a world of chaos that seems to be sinking ever more deeply into humanity’s darkest, most inhumane dreams. Unfortunately, those dreams are of conquest, power, and control: economically, politically, educationally, religiously, and news-wise.

There are a lot of reasons why this is happening. The two most important, though, are that 1) we’re all seeking something greater than ourselves, and 2) we’re seekers looking for an authority to lead the way.

Humans being what they are, there are always those who feel they have a direct line to God, the universe, or some past notable figure. They’ve had visions, dreams, or even visits from distinguished persons and now they feel they have the answers and the direction humanity needs to follow — with them calling the shots, of course.

Interestingly, many of these leader-prophets contradict the other leader-prophets telling us what should be. Additionally, they completely advocate a patriarchal system wherein men make all the rules, determine who can lead (men, obviously), how one is saved, who gets passage to heaven, and who owns our own bodies.

Leader-prophets come in all shapes and sizes but they’re all members of the same club: Megalomaniacs “R” Us. They’re organized, have agendas, are very wily and manipulative, want to rule, and they will say anything — real or fake — to make true believers of us.

For instance, we now have some very far-right religious leaders telling us that Jesus was too liberal — Jesus, the Son of God, King of Kings, and Lord of Lords. Yes, we have leader-prophets judging Jesus and even speaking for Him, telling us what Jesus would think, say, and do.

Hubris is an interesting concept, one ignored by leaders in any arena because they 100 percent believe they’re in the right and they know better than us plebs what’s good for us and what we need.

The ancient Greeks considered hubris a dangerous character flaw capable of provoking the wrath of the gods. In classical Greek tragedy, hubris was often a fatal shortcoming that brought about the fall of the tragic hero. Typically, overconfidence led the hero to attempt to overstep the boundaries of human limitations and assume a godlike status, and the gods inevitably humbled the offender with a sharp reminder of his or her mortality.

Some things never change it seems, including the idea that leader-prophets view themselves as heroes and martyrs. Oh, and be sure to send money so they can live in a McMansion and travel via private jet!

Indeed, we see many of our leader-prophets exhibiting the traits of those who consider themselves special, privileged, and an authority: arrogance, entitlement, conceit, deceit, superiority, greed in all its forms, and the madness that comes with power.

In short, they have lost their way, lost their moral compass, sold themselves out to satisfy their vanity and lust. They are false prophets on the hunt for an audience and following. What they espouse is division, us vs. them, supremacy, purity, and phony narratives based on falsehoods, myths, and delusions.

The scary thing is that there are a lot of false prophets running around these days in every field imaginable. We are in an epidemic of enormous proportions. What’s even scarier about this epidemic is the people who follow the false prophets.

False prophets are expert at firing people up — and getting them to do the false prophets’ dirty work. The rhetoric of false prophets appeals to people’s base fears, which can be about job security and loss of income, the safety of family and nation, hell and eternal damnation, disenfranchisement and exclusion, supremacy and privilege, and/or the loss of freedom.

Once caught in the false prophet’s net, your mind is no longer your own. You’ve been co-opted hook, line, and sinker. No need for you to think anymore, just jump on the bandwagon and do as you’re told.

Now the dirty work is set in motion as followers spread the word and lie, cheat, steal, obstruct, disseminate misinformation, hawk disinformation, bear false witness, and threaten non-followers with everything from “unfriending” to some form of harm and even death. Meanwhile, the false prophets keep their hands clean as they reap huge rewards — that the followers will never share in.

So, there we have it, the culture of false prophets. Now we just need to figure out how to extricate ourselves from the clutches of the false prophets and dissolve their power and influence.

Going back to what was pointed out earlier in this article, the two most important reasons for why we have a false prophets epidemic are that 1) we’re all seeking something greater than ourselves, and 2) we’re seekers looking for an authority to lead the way.

And there’s the rub: We look to someone else to tell us what to do, what to think, and how to be rather than going within ourselves to find that which we seek, which is a greater version of ourselves. We are literally taught to ignore our inner wisdom and knowingness and let someone considered an authority — a false prophet — do our thinking for us.

If we look at world history, the most notorious “leaders” didn’t want their constituents to think, just do as they were instructed. It’s what I was told as a kid in parochial school: “Yours is not to reason why; yours is but to do or die.[1]” And many millions upon millions of people did die in the process. And many times, those people died being told God was on their side, that what they were doing was for God and country, etc. The funny thing is that each side considered the other the infidel and that their own version of God put them on the “right” side.

Such folly! The chaos we’re experiencing now requires that we each look deep within ourselves to figure what our personal truth is, what our relationship is to our understanding of God or All-that-Is — all without the restrictions, conditions, myths, distortions, and delusions foisted on us by others. We need to stand on our own two feet instead of acting like lemmings.

We’re individuals, not cogs in a machine. We all have critical thinking skills. No more tacitly believing what “prophets” tell us. Do your research, study. Be your own person and live your own life. It’s time to wake up!

[1] Tennyson, Alfred Lord, “The Charge of the Light Brigade.” “Ours not to reason why, ours but to do and die.”