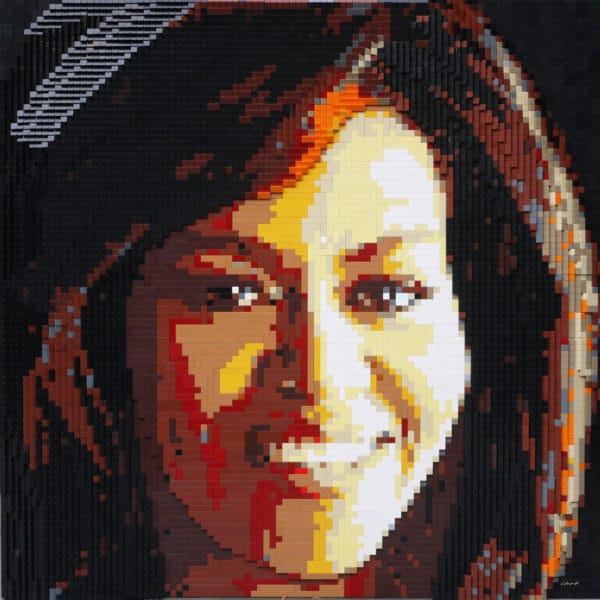 Andre Veloux is a British artist who currently resides in Princeton, NJ with his wife and daughter. His artistic work, which is created entirely from Legos, focuses and draws upon feminism, gender equality and women’s rights and is constantly exploring the ways in which women are viewed and treated and the expectations and demands that are relentlessly placed upon them in their daily lives. Near the tail end of his latest show at the Krause Gallery in New York City, I was able to interview him about his work, his motivations, and about our collective future together as men and women in this society. This is part one of that conversation.

JMA: What would you say inspires you?

AV: On the macro level, my inspiration comes from a desire to make change. As humans we have such a big responsibility to be respectful and understanding to each other. I believe in many change initiatives, but the one that speaks to me most intimately is feminism. It is people who inspire me, I meet so many inspiring women and some men fighting for the same thing: leaders of agencies, feminist artists, gallery owners, media people, and those who organize and campaign. Their drive and passion help feed my own. I admire them and I love my work for allowing me to engage in my own way, using the skills that I can offer.

JMA: How would you personally describe your work and what do you hope to achieve with it?

AV: My work is a multi-dimensional assault on gendered bias and violence against women.

The feminist icon portraits speak for themselves, such powerful women and role models, whereas the Mask of Femininity portraits comment on the constant demands on women to continually rebuild and renew how they present themselves in order to gain approval in society. The mask which unlocks acceptance to a world controlled and codified by men.

My anti-portraits reference that women are seen as the bearer of sexuality, even though there is no need to interpret the pure female form along these lines.

I’ve more recently built upon these themes with the alternative aesthetic of my Enthusiastic Consent series. In these works, the figures are simultaneously gendered and genderless and reveal in many of us a need to identify gender in what we see. Can we accept everyone for who they identify as, be that male, female or non-binary?

I hope to raise the necessary questions on gender and related issues when the viewer sees my work and from that be a small part of the collective push for change, that means women and female-identifying people of all races and colour can be accepted equally.

JMA: What does the word feminism mean to you and can you point to a specific moment in your life when you began to consider yourself a feminist?

AV: It’s hard to pinpoint a specific moment. I went to an all-boys’ school in the UK. My parents thought it would be good for me, but what I encountered was rampant bullying, violence, misogyny, homophobia, and more. This was the classic environment of toxic masculinity. I was by any standards a feminist by the time my daughter was born. I gave up my job to become a stay-at-home parent as my partner had the beginnings of a successful career. It never crossed my mind to question this decision, because this was the best solution for us as a family. As my art career took hold, I was able to become a more vocal exponent of women’s rights.

Feminism means recognizing the systematic bias against women, which in an intersectional and global way means standing against violence against women in all countries. By that I mean domestic violence, sexual assault, sex trafficking, slavery alongside the myriad of small and large examples of discrimination that women face on a constant basis.

AV: Put very simply, I do not believe men in general think the goals of feminism is their problem, and secondly they don’t see what is in it for them. It’s hard to give up the power that they are accustomed to and I don’t know that men have really tried to imagine what it would look like if we truly re-balanced that power. There are very, very few cues available for them to contemplate an alternative world view. The media is controlled by men. Which role models can they look to? If they could envision a new power dynamic that represents shared power for all of our society, it just might allow them to step away from the norms of masculinity, the stereotypes that teach men or allow men to express themselves through anger and violence. They may experience joy and freedom from having permission to cry when emotional, show expression, even praise one another and communicate etc. They may thrive from being able to enjoy relationships with women that are not tagged with sexuality, role-division or emphasis of gender difference. There’s no freedom in following conventionally defined gender roles.

JMA: What does the phrase “gender equality” mean to you and why do you think everyone should support it?

AV: Would gender equality be the result of successful feminism? Does gender equality mean men allowing women a seat at the table? What use is a seat at the table unless what follows is the power associated with it. That would mean at least half the seats at the table, along with half the senior leadership roles in all places in society, in business, banking, industry, the judiciary, elected officials, influencers of any kind, basically everywhere; if you want the strength of diversity of opinion that will benefit us all you should support gender equality. 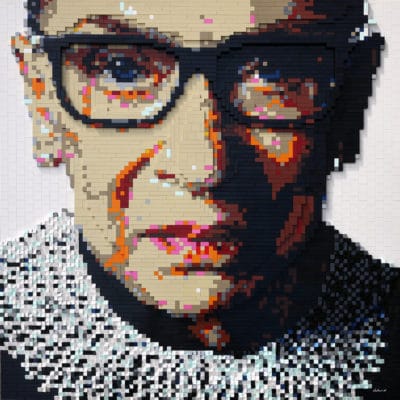 Facebook35TweetPin1EmailShares36
wpDiscuz
Share this ArticleLike this article? Email it to a friend!
Email sent!