Andrew Smiler shares some simple tips about how to find your correct condom size.

There’s an old joke that all guys wear large-sized condoms. Not sure? Ask any guy you know if he wears a small, medium, or large, and he’ll tell you he wears an extra-large.

Author Michael Gurian says most boys have questions about penis size during adolescence but rarely ask them. Unlike girls’ concerns about breast size, there’s no easy way for a guy to know where his erection ranks in comparison to his peers.

Through experience, guys who have sex with other guys eventually get a pretty good sense of how they measure up. But guys who only have female partners don’t get that. Can you imagine a group of straight guys in a room together, playing with themselves long enough to get hard but not climaxing, then standing next to each other to see who’s bigger?

The easy way to determine if you’re close to average is to go to Starbucks. Seriously. A Grande coffee cup is not quite six inches tall. So is the average erect penis; you can see the stats here.

Most women will tell you that length doesn’t matter very much for penis-in-vagina sex. It only matters when a penis is particularly short or especially long.

The real key is girth. The thicker the penis, the better it will be at creating friction.

Thickness is also the key dimension in choosing the correct condom. Unless you’re especially long, any condom should give you plenty of coverage. If there’s extra condom rolled up at the base of your shaft, that’s not a problem.

Wayne Pawlowski is a certified sexuality educator (via AASECT, the American Association for Sexuality Educators, Counselors, and Therapists) and Licensed Clinical Social Worker. He recently presented at the Center for Family Life Education’s National Sex Ed Conference, where he shared a new piece of lore. He’s also seen this in professional publications and has recommended it to many of the young men he’s worked with. At the conference, he shared it with a room full of about 60 sexuality educators, none of whom had ever heard it before.

In order to determine what size condom you need, use the cardboard tube from a roll of toilet paper.

If the thickest part of your penis—the base of the head—can fit into that tube without much effort, then a regular condom will fit you well. If the thickest part of your penis has plenty of room inside that tube, then you need small-sized condoms, sometimes called “snugs.” And if your head doesn’t fit through that toilet paper roll without a whole lot of effort or pain, then you need the large or “magnum” size.

Having a properly fitted condom is important. If your condom is too small, you probably won’t be able to put it on. If it’s too big, it’ll be too loose, and then:

If you’re wondering what else you don’t know about condoms, check out Planned Parenthood’s condom page or this downloadable pamphlet from the Society for the Scientific Study of Sexuality.

I wear a median size. I like the snug fit & better sensation!!!

Does this still apply if the thickest part is not the head but more the middle?

This is a great read. The folks over at LuckyBloke.com share the toilet paper roll (as a measuring device) on their site which focusses on condom fit and both the pleasure and safety factor.
There is also an awesome site called http://theCondomReview.com that allows you to buy just one condom (instead of an entire box). They offer smaller and larger condoms, so that you can find the best fit.

I like this because it was a short to the point read. I never noticed the different sizes instead the selling points were “last longer or super thin or super sensitive.” Once thing you should have mentioned is the lamb skin condom. From what I have learned they are so thin STD’s can pass thru them. Pretty sure they mention that on the box. How it stops semen but not an STD I don’t know.

Glad you liked it reg.

With synthetics like latex, the material either has no pores or the pores are so small that nothing can pass through. (And strictly speaking, synthetics have tiny “holes” not “pores”.)

Disagree with the “girth is the key” idea. What matters is the fit between two bodies and women are not one-size-fits-all. Having a fattie and figuring that’s a big thrill for your partner is incorrect and, imo, makes for a boring self-centred lover. Seems to me after 3+ decades of a an active sex life with a variety of men, the guys who think their dick is impressive are usually lesser lovers.

I agree: that penis has to fit “nicely” into whatever opening it’s going into it. If it’s too wide – or too small – at least one of the people involved isn’t going to have a very good time. For the record, I didn’t say that being bigger/thicker/fatter was key, just that girth (or width) is the key.

I liked this guide, so useful for guys to know. All this ignorance and bragging about penis size just ruins sex, relationships, self esteem and changes your lives if you didn’t plan on children so soon or not ever just because of this

This was an awesome read.

I didn’t really know there were different sizes of condoms. I knew about Magnums, but I thought that was it. I do seem to remember some condoms fitting snugly in college (when free condoms were afforded to us through the anonymous manila envelope on the RA’s door). I just chalked that up to the free condom effect.

I had a similar introduction to small-sized condoms. Took my sweetie & I about two weeks to figure it out. 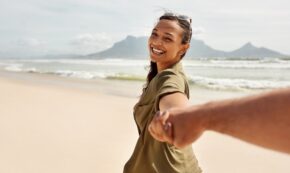 FacebookTweetPinEmailShares660
wpDiscuz
14
0
Would love your thoughts, please comment.x
()
x
| Reply
Share this ArticleLike this article? Email it to a friend!
Email sent!