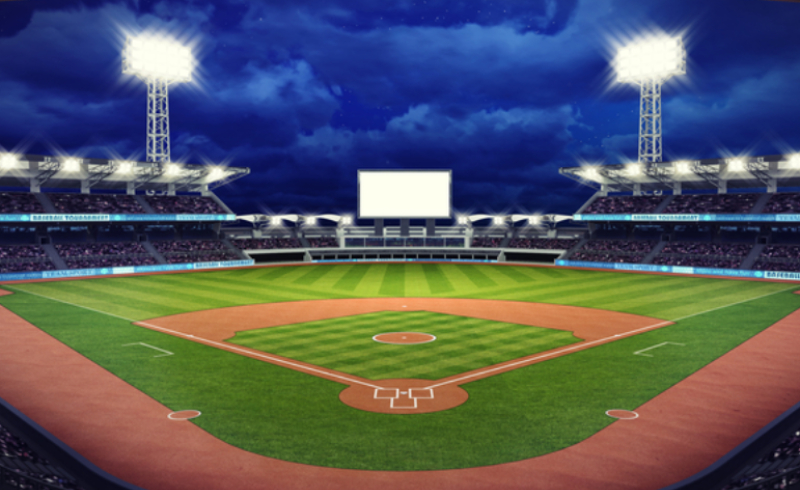 In honor of last night’s Major League Baseball All-Star game, I’m going to talk about the sex=baseball metaphor. If your boyhood was before terms like “hanging out” and “hooking up” were common, there’s a good chance this was part of how you talked about sexual activity.

The sex=baseball metaphor had one incredible thing going for it: virtually everyone understood the references. If not, Meatloaf wouldn’t have been able to use it in “Paradise By the Dashboard Lights” to let listeners know what was happening in the back seat of that car. Current teens and twenty-somethings don’t really know the metaphor; their vocabulary has been shaped by “hooking up,” which can mean virtually any sexual behavior from kissing to coitus.

The metaphor isn’t perfect; it’s a metaphor after all. If you’re still using it, or planning to use it with your kids, here are some things to think about and add into the conversation.

The sexual behaviors of the metaphor—kissing (1st), groping (2nd), hand jobs or blow jobs (3rd), and sex (home)—all require a partner. Getting to first base and scoring a run definitely require mutual participation, which means a guy and his partner will always have the same score. But given the cultural emphasis on male promiscuity, score keeping here is really about competition with other guys to see who has the most partners.

What if You Go Out of Order?

In baseball, there’s only one legal path around the bases. Studies with American, Dutch, and Norwegian youth indicate that about 95% of boys who have sex with girls follow the metaphorical sequence, leaving 5% who don’t. For boys who have sex with boys, about 85% follow the expected path, with 15% on a different path. Boys on the non-traditional path include a few who had their first sex before their first kiss; I like to think of them as following Vivian’s (Julia Roberts) claim in Pretty Woman: kissing is too intimate to do with someone who’s just a f—.

Does It Matter How You Get There?

In baseball, the only thing that’s important is the final score. It doesn’t really matter if your team hits a bunch of singles or a bunch of home runs, as long as you score more runs than your opponent. That’s true for the metaphor too; it doesn’t say anything about how any of those experiences feel or what they mean to the guy. The only thing that’s important is that he did it. Yet most of us remember our first kiss and first sex, and I’d like to think that most people place real value on the quality of the sex their having and not just the total number of orgasms they’ve had. Not all orgasms are created equal, after all.

Yes, there are separate stats for those things, but almost every player will tell you that those individual stats don’t mean much if the team isn’t winning. Similarly, the number of folks a guy has kissed might be important in middle school, but it’s probably not something he’s focused on during high school. Then, it’s usually about scoring.

We all understand that professional athletes have spent lots of time honing their skills, even if we don’t think about it very much. By the time they hit the big leagues, typically between 18 and 22, they’ve literally spent years on the playing field, with more years spent training and practicing. They’ve had coaches and trainers to help them improve their skills. Yet we mostly let boys figure out sex (and dating) for themselves, based on what they see in the media, hear from friends and siblings, and experience in person. Information from adult authority figures like parents and teachers is infrequent and minimal. In fact, most parents don’t know when their son has his first ejaculation, nor do they make any effort to talk to their sons about this milestone (in large part because they don’t know what to say).

Overall, I can’t say that I’m sorry to see the baseball metaphor go away. I think it pushed boys to focus too much on scoring without helping them get ready or truly be in the moment. At the same time, I do think all of the panic and concern about hookup culture might be lessened if we had some kind of metaphor or standard that teens (and adults) could use to guide their behavior. If you’ve got a better metaphor, please share. (I may not comment directly, but I hope to follow up in a few weeks.)

Also analogising sex as a game where the idea is to score as highly as possible – or at least to beat your rivals in terms of home runs – would represent the standard where men are rated depended on how many sexual partners they’ve had.

It’s very coincidental for this to be posted today, as I just watched a TED talk a few days ago agreeing with some of the same points of the article, as well as bringing up a few more. It’s well worth the 8 minutes or so to watch the video which can be found here: on.ted.com/dfCR

Thanks. I hadn’t seen that before.

This is so funny to read today because just yesterday I was discussing the St. Louis Cardinals with a friend and co-worker (a man, we’re both 40ish) when another co-worker (a woman in her early 50’s) came over and interrupted us. She overheard us mentioning 1st Base and said something to the effect of, “sorry to cut-off your conversation about how far you’re getting with the ladies.” Aside from her comment being slightly inappropriate for the workplace, I was struck by how outdated it was. Do people really still think in those terms? Reading your article today was entertaining and… Read more »

Glad it made you smile bluenotebacker. We’re all about the timing 🙂

This website uses cookies to improve your experience while you navigate through the website. Out of these, the cookies that are categorized as necessary are stored on your browser as they are essential for the working of basic functionalities of the website. We also use third-party cookies that help us analyze and understand how you use this website. These cookies will be stored in your browser only with your consent. You also have the option to opt-out of these cookies. But opting out of some of these cookies may affect your browsing experience.
Necessary Always Enabled
Necessary cookies are absolutely essential for the website to function properly. These cookies ensure basic functionalities and security features of the website, anonymously.
Others
Other uncategorized cookies are those that are being analyzed and have not been classified into a category as yet.
Advertisement
Advertisement cookies are used to provide visitors with relevant ads and marketing campaigns. These cookies track visitors across websites and collect information to provide customized ads.
Analytics
Analytical cookies are used to understand how visitors interact with the website. These cookies help provide information on metrics the number of visitors, bounce rate, traffic source, etc.
Functional
Functional cookies help to perform certain functionalities like sharing the content of the website on social media platforms, collect feedbacks, and other third-party features.
Performance
Performance cookies are used to understand and analyze the key performance indexes of the website which helps in delivering a better user experience for the visitors.
SAVE & ACCEPT
wpDiscuz
7
0
Would love your thoughts, please comment.x
()
x
| Reply
Share this ArticleLike this article? Email it to a friend!
Email sent!