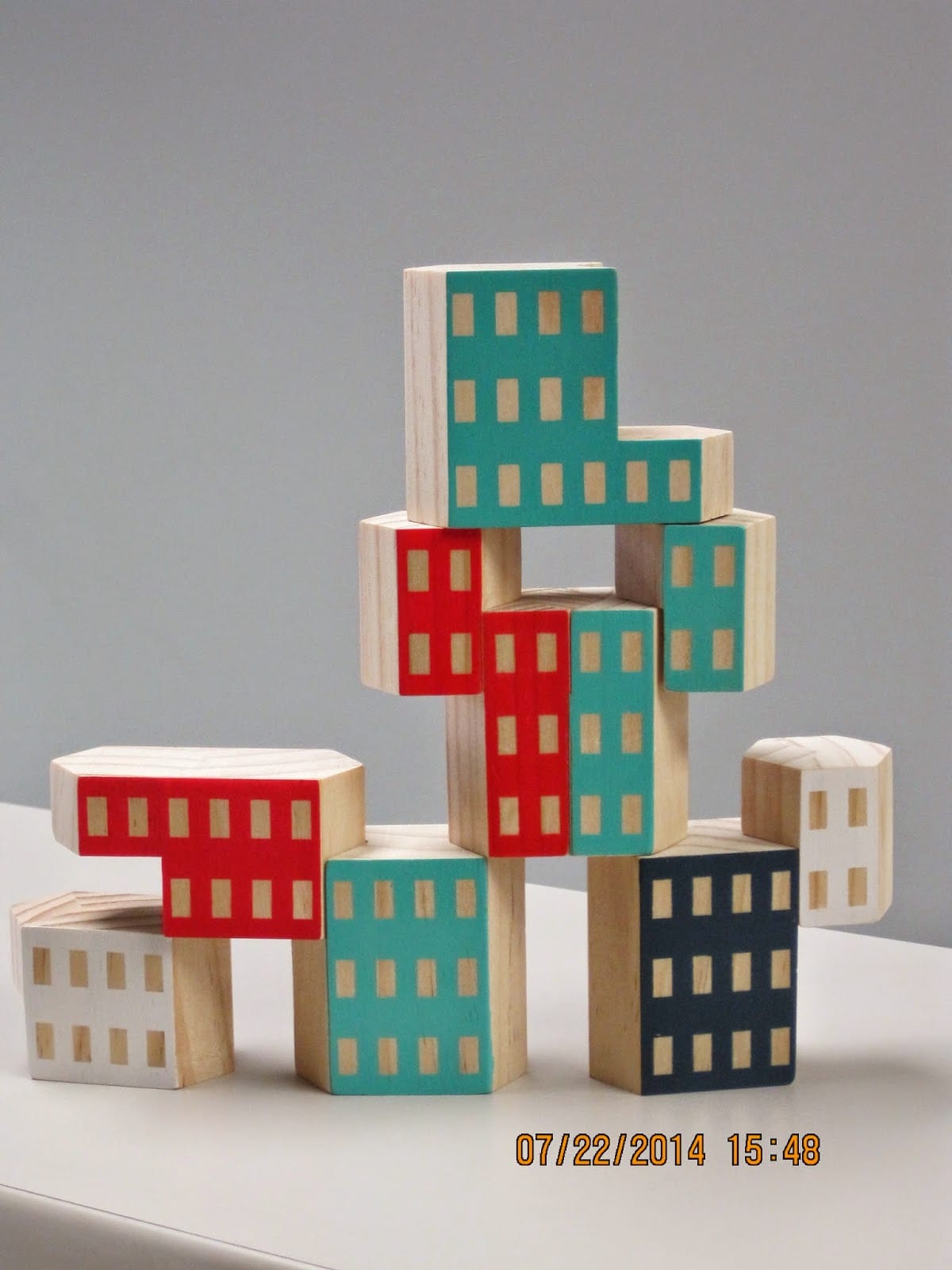 Consequently, when my wife asked one of the owners to donate something for a charity auction during the holidays, the owner took it very seriously and donated several things. One of which was a set of wooden blocks, vibrantly colored, fashioned in unique shapes, designed to be stacked in a variety of ways to suit the tastes of different people.

My wife works as a receptionist at a school district and to go almost anywhere in the building you need to walk by her desk. Having spent some time in sales she knew the best way to generate interest, and increase value was letting people touch and feel and see the product. To that end, she took the blocks out of the box, and set them on the file cabinet by the hallway in the area beside her desk. She laughed when she talked about how everybody who walked past had to stop and play with blocks. She would hear the little clicks of construction, (and sometimes the crash of failure) and it made her smile. And, it helped, the simple, little blocks sold for a good price (as did the other items given in such quiet generosity) and the proceeds gave some comfort to the needy.

Recently, the serious people for whom I work introduced another set of blocks, these are a little more intricate, angular, with sharp corners, and clean lines, painted to appear as buildings. They are designed to be held together by the evil magic of geometric properties (I knew when they tortured me with those angles, and lines they were doing the work of the devil). I bought her a set. She set the pieces on the corner of her counter and was amazed at the interest they attracted.

People were drawn to them, stacking and re-stacking, sometimes to the point of obsession. For the first several days people would only play with them when she was away from her desk, she would come back and they would be assembled in a new pattern. Soon, the invisible barrier went down, and people would stop, construct chat, and move on.

Age was not a factor, children to retirees stacked them, nor was education level, custodians with a high school diploma their highest education, to administrators with PhD’s would stop and assemble the blocks. Often criticizing the last “construction engineer” who built such a shoddy, ad hoc, rickety creation. “Oh, this is not right, this will never do,” was a constant lament.

After a little convincing my wife agreed to snap pictures at various times of the day. Kind of a snapshot into the thinking of her co-workers. She was a little hesitant, but, after 25 years of marriage, she has learned to suffer foolishness more or less gladly. I don’t know what the pictures mean, and how to make sense of the creations, but looking at them makes me believe there is some insight arrayed in the patterns and designs, and I am drawn to the results, with the same intensity as they were drawn to creation. 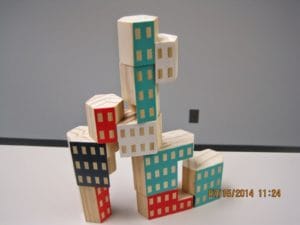 Some people were more interested in reaching for heights, and would dare gravity to do its best. Stacking, and hanging, and laughing in the face of convention. Daredevils that cared little for the constraints of reality, they probably had messy desks, and drive fast cars, or ride motorcycles. 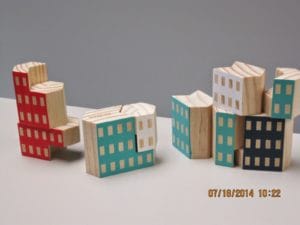 Others were more interested in combinations based on colors, shapes, trying to make sense, and purpose, they had no worries about Urban Sprawl. It is easy to see these people having large houses, big cars, noisy dogs, and large families. Their kitchen table probably seats dozens of people. 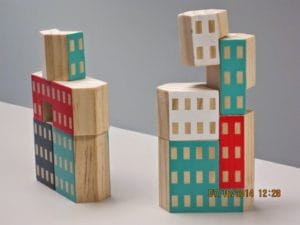 There were a few who wanted to find a happy medium, exploring the best of both worlds. Moderate souls who wanted to make the best of all worlds. Or, maybe they just took pleasure in the art of stacking. Volunteers at homeless shelters, generous, kind types who abhor conflict, and seek quiet places to enjoy literature. 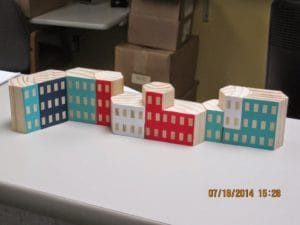 Sometimes you could see the neat, meticulous planners. Function following form following design. Angles intersecting, everything in place, making sense, serving a purpose, and having a reason. These people probably file by month, day and hour, with color coordinated folders and typed tabs. They use a straight edge to align emails. Though, it is possible that they just have a little railroader in their soul. 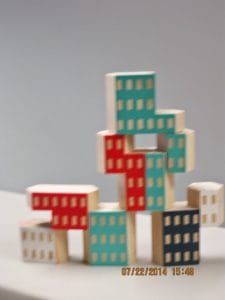 And, some people were just trying to make something unique. People who are interested in art for art’s sake, unencumbered by the norms, mores and discipline imposed by society. These free spirits enjoy life because it can be so much fun.

For a while our company sold folding bicycles, and would attend the InterBike Show in Las Vegas. Since we had several bikes we would just use them as transportation. Once, after finishing our dinner, I was standing next to one of the owners, watching a couple of my coworkers weave lazily around an empty parking lot on their bikes, riding wide circles, looping around light poles, and just having a little fun before we headed back to the hotel. He watched them and said, with what seemed to be awe, “bicycles bring out the child in everyone.” He was right.

Now, though I know it does not take a bicycle, it can be a small pile of wooden blocks, and the kid inside will stand up, take control, and have a good time. Happiness is a precious resource, and should be shared, often, and freely. I am not suggesting that small piles of stackable, colorful blocks will change the world, but my wife will tell you it can bring a smile to the face of almost anyone, and that is a good place to start. You know, maybe we are not so serious after all.

A version of this post was previously published on tim-thingsastheyare.blogspot.com and is republished here with permission from the author.

END_OF_DOCUMENT_TOKEN_TO_BE_REPLACED

Facebook13Tweet2PinEmailShares15
wpDiscuz
Share this ArticleLike this article? Email it to a friend!
Email sent!