Get Daily Email
Join/Login CLOSE
Home / Featured Content / Are You Rushing Into Marriage? Here’s How To Tell. 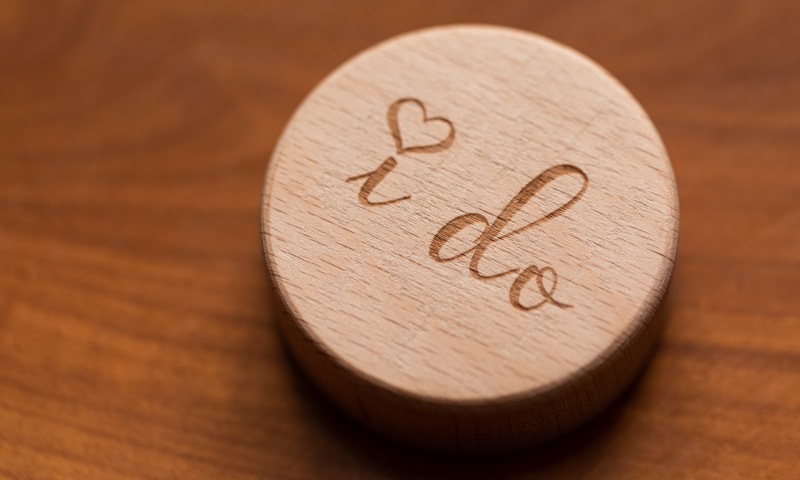 Where I live, you can marry someone that you only met two days ago, but — unless you meet one of the strict qualifications for annulment — it will take you at least a year to get divorced. In other words, it is very easy to rush into marriage; but there is rarely the opportunity to rush back out. Unfortunately, I know from experience. I have been separated from my spouse for almost a year and a half, which is about 3x as long as we dated before getting engaged. Looking back, there were so many signs that we were rushing into marriage, but I either overlooked them or missed them altogether. Now, I am filing for what is known as a “simple divorce,” and yet there is nothing “simple” about it.

Not only can the process of getting a divorce be emotionally taxing; it can drain your wallet as well. In the United States, it costs about $15,000 on average to get divorced. While we cannot put a price on the benefits of leaving a toxic or undesirable relationship, the very institution of marriage is built upon the notion that you will be together forever. Thus, it is generally recommended to choose your partner wisely and only marry when you both are ready.

One of the most commonly used metrics for predicting a couple’s success is relationship longevity. How long was the couple together before they got married? The general consensus is that the longer a couple is together before marriage, the better their chances of staying together. There is research to support this idea. A study by Balsam et al. (2017) among same-sex and opposite-sex couples revealed that for every year a couple was together before tying the knot, there was a 9% decrease in the odds of them splitting up. So, time can definitely make a difference in marital outcomes; but many people already know that. It is this knowledge that leaves us unsurprised whenever whirlwind romances abruptly end in divorce. But why does time matter? Furthermore, what are other indicators that you are rushing into marriage? Below, in no particular order, are the signs that you should be on the lookout for.

Sign #1: You constantly ask yourself and/or others if things are moving too quickly.

If you instinctively suspect that you might be rushing into marriage, then that is a cardinal sign that you are. To clarify, I’m not referring to the “pre-wedding jitters” that many people feel shortly before tying the knot. I’m referring to the gnawing suspicion that you are moving too quickly— one that compels you to repeatedly ask “Am I rushing into this?” If you find yourself in this situation, then you owe it to yourself and your partner to take a step back and allow the answer to be truly heard. Barring extreme circumstances, there is no reason that matrimony can’t wait until you both feel more secure about the speed of your relationship.

Sign #2: You seek validation by thinking about other couples who got married quickly and stayed together.

I looked for examples everywhere — from real-life stories to fictional stories — of couples who rushed into marriage and lived happily ever after. I would tell myself “See, this couple fell in love and got married after 6 months and they’ve been together for 55 years!” I devoured every piece of validation that I found in the universe, to support me in my decision to marry quickly. Needless to say, Hallmark movies became my lifeblood throughout my engagement and marriage. It took me a long time to admit to myself that I was looking for validation because deep down, I knew that things were moving too quickly.

What does it mean for a relationship to be “tested?” The answer to that question will likely vary depending on whom you ask. However, I am referring to any situation that is disruptive to your relationship, oftentimes to the point that you have to ask yourself if it is worth staying together. For some folks, the test comes with staying committed in a long-distance relationship. For others, the test comes with persevering against extenuating circumstances such as illness or loss. Every couple’s “test” and “answer key” is unique in some way. The important thing is that you have had a chance to see how your relationship performs in less-than-ideal circumstances.

Communication is the cornerstone of any successful relationship, romantic or otherwise, but it is absolutely fundamental if you are planning to spend your life with someone. Knowing your partner’s values, beliefs, and goals ahead of time can save you a lot of frustration and heartache in the long run. Below are some examples of questions that you should ask your partner (more examples can be found here).

Sign #5: You haven’t had a chance to see your partner “walk the talk.”

Having important conversations about your values, preferences, and goals is crucial; but it’s only half the battle. It is also important for you and your partner to witness one another put these ideologies into action. For example, if your partner shares that they have a 5-year plan, there should be time to see them take steps towards their goals. If they proclaim to be a good communicator and problem-solver, you should be able to see them navigating challenging situations and maintaining some degree of composure.

Waiting until you have had a chance to see your partner “walk the talk” is not just about seeing if they are honest. After all, people can never fully predict how they will behave in any given situation. Rather, this observation can shed light on your partner’s ability to be introspective and realistic about who they are as a person. It also allows you to assess your own reactions to things as they happen in “real life.” It is easy to theorize how we would feel about our partner’s ideas or beliefs when they are just that; but all-too-often, when those things become actions, we can react in unexpected ways. Thus, it is important to see how your partner’s actions align with their words. If you have not had this opportunity, then that is a clear indicator that things are moving too quickly.

Sign #6: You feel pressure from other people to get married.

A friend of mine recently got divorced, and when she and I were talking about it, she told me that she and her partner had rushed into getting married. I was surprised and somewhat confused by her statement. She and her ex-husband had been together for several years before getting married. So, how could they have rushed into it? She explained that while she and her ex had been together for a very long time, they had initially not planned on getting married. Eventually, however, the pressure began to build — as it often does with couples who are together for several years — and in an attempt to relieve that pressure, they swiftly tied the knot. Within a few years, they were divorced. Ironically, they dated longer than their marriage lasted.

In my friend’s case, relationship longevity was not enough to ensure a successful marriage. And being together for several years beforehand did not make the decision to get married any less rushed. No matter how long you are with someone, you are marrying them too quickly if you personally don’t feel ready to make that commitment. Marrying someone to appease a nagging relative or silence inquisitive friends is likely to end poorly for everyone involved.

Sign #7: You haven’t seen each other’s flaws, or given yourself enough time to be annoyed by them.

The cliche that “nobody’s perfect,” is a cliche for a reason: because it’s true. No matter how dreamy your significant other is, they are undoubtedly going to have irksome qualities that will test your patience and/or tolerance. Experiencing your partner’s flaws is important, because it tells you what you can and cannot live with. Additionally, it serves as a sign that your partner is being their authentic, imperfect self. If you cannot think of a single aggravating thing about your partner, then that is a sign that you don’t know them well enough to marry them.

Conflict is not only inevitable in most relationships if enough time passes, but it can even be a good thing. In her article entitled “The Benefits of Arguing,” Dr. Jennifer Samp writes:

Additionally, if you and your partner have never had a serious disagreement, then you have missed out on the opportunity to see how your relationship survives when you are not getting along with one another. There is a lot to be learned from arguing with a significant other, and one key thing is how you both reconcile your differences.

Sign #9: You constantly feel the need to explain or defend your choice to get married.

I used to dread the question “how long have you two been together?” Afraid of being judged, I oftentimes answered defensively. I had a whole speech prepared — one that most folks didn’t even ask for — about how we had only been officially official for a few months, but we had known each other for several months beforehand. “We were friends for a while…” was something I would say to people — my tacit reassurance to them that I wasn’t rushing into marriage. Except I was, and they knew it. If nothing else, my immediate defensiveness was a dead giveaway. Sometimes the defensiveness makes sense if you’re used to fielding negative remarks from people about your relationship. Other times, though, it is a clear sign that even you think things are progressing too quickly.

So, what if you realize that you are rushing into marriage? Does that mean it is automatically doomed to fail? No. It is possible to marry someone after a short courtship and have a long lasting, happy marriage. On rare occasions, it is even possible to marry someone you hardly know and still have a successful marriage — though I wouldn’t recommend such an approach. On the other end of the spectrum, it is possible to know someone your entire life, date for several years, and still have a failed marriage. Unfortunately, there is no perfect formula for ensuring wedded bliss. However, if you suspect that you are getting married too soon, then it is important to talk to your partner and make a decision together about how to move forward. The consequences of postponing matrimony are likely to be less severe than the consequences of marrying someone too soon.

Your typical 30-something with daddy issues and a Prozac prescription.