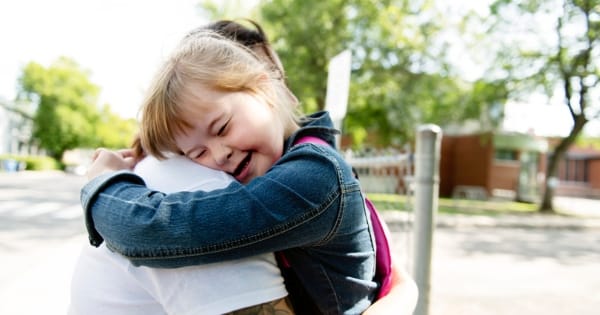 —
Last summer I was teaching at a writing retreat on a small island in Puget Sound where I stayed in a mother-in-law apartment in the home of one of the attendees. The night I arrived, after I’d unpacked and made my notes for the next day’s

class, my host, Ann, and her husband, Charlie, invited me to join them on the deck for some fresh blueberry cobbler and tea. It was quite beautiful sitting there watching the sun set over the bay. Ann told me if I got up early, I’d be able to watch seals frolicking near the shore. I said I would definitely do that.

Anna’s husband had once flown rescue choppers in Alaska, but he was retired now and recovering from back surgery by walking five miles a day. Ann told me she had started writing when people from her church asked her to pen eulogies for loved ones. She was quite new to writing, really, but she found she loved it. She asked if I had children and I told her about my oldest son who had just moved to Los Angeles and my younger son who still lived with us because of some social issues.

She and Charlie then began eagerly telling me about their granddaughter who had similar struggles and whom they had helped raise. I was glad we had moved to talking about children on what is called the spectrum. The woman who organized the retreat had told me that some of the attendees were pretty conservative Christians, and I suspected, given how they talked about their church, that my hosts fit this category. I liked them both right away, but I was wary of wandering into some tricky conversational terrain.

Children with special needs was not one of those topics. We all agreed that the experience of raising kids who couldn’t fit into the mainstream was revelatory in different ways, that it had taught us a lot about ourselves and education and just what it means to be a person. Ann then told me about watching a TV series about a family raising an autistic son. She said she was surprised by how much she had enjoyed the show and that it had taught her to have compassion for people she might not have otherwise.

“Now that’s good television,” she told me. “That’s an example of TV teaching you to see people differently. Not like those other shows that are trying to brainwash you into believing certain things.”

We had just arrived at the edge of some tricky terrain. I suspected those things TV was trying to brainwash her into believing had to do with homosexuality or abortion or the like. I gave an ambiguous nod and took a sip of my tea and tried to think of how to steer the conversation back to something we could all agree on. I turned to the sunset, whose hand of light was nearly done withdrawing over the hills.

“You ever get so used to this view you can’t appreciate it?” I asked.

That night, as I lay in my strange bed, my mind was filled with things I hadn’t said to Ann about art, and sharing a point of view, and how you could call all entertainment and inspiration brainwashing if you wanted. The next morning, the seals were out early just as she’d promised, surfacing and diving and occasionally breaking the otherwise perfect quiet with their barking. Living in Seattle, I forgot how quiet real quiet can be. It’s the silence that’s complete, that’s missing nothing.

In our first class that day, Ann shared a beautiful story she’d written about a time she’d mistakenly believed her husband had become lost while hunting on a remote Alaskan island, and how her decision to call for a rescue team ended up saving the life of a fisherman whose boat had capsized; had the rescue team not already been in the air they would not have gotten to the fisherman in time. She ended the story with a quote of the chopper captain who, noting the improbable timing, wondered, “How you could ever doubt God’s glory?”

It was such a great story, I wanted to talk to her about the ending, which I thought had just the whiff of an argument in it. “As soon as you start trying to prove a point, you can lose all those readers who were not already in complete agreement with you,” I told her. “At least that’s been my experience. At the end of the day, though it’s your story, and you can end it however you want.”

Later that day at lunch, I thought how endings are often the hardest and most important part of a story. Ann was sitting across from me eating her salad and talking to another attendee about homeschooling her children and how smart and obedient they were. You have to leave out the part you want to say, the thing you hope the reader will be left feeling or believing. You have to let the reader make up their own mind about coincidence and divine intervention, let them fill in that perfect, complete silence that comes after the last word.