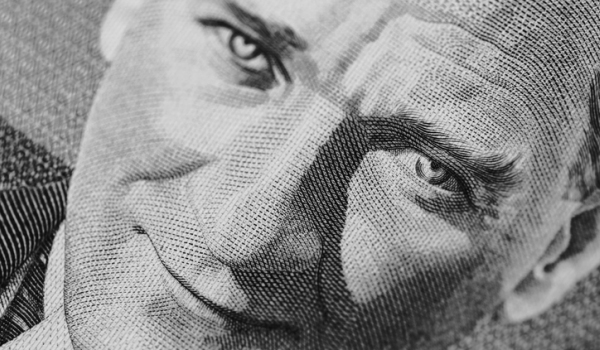 Under the right circumstances, a brave freethinker can rescue a fundamentalist society and lead it away from oppressive religion. That’s what Mustafa Kemal Ataturk did for Muslim Turkey in the 1920s and 1930s. He turned a narrow Islamic society into a modern secular democracy. It was noble and inspiring.

Ataturk was born in 1881 to Muslim parents who named him simply Mustafa (“the chosen one”). His pious mother wanted him to attend a religious indoctrination school — which he tried, briefly but was unhappy. He entered a secular school and was given the added name Kemal (“perfection”) by a math teacher impressed by his abilities.

He finally chose military schools and became an army officer of the far-flung Islamic Ottoman Empire. However, being a rebel, he soon was arrested for anti-monarchist fomenting. He was jailed several months but was freed by help from a former schoolmaster.

In 1908, he was involved in the Young Turk Revolution that seized power from a sultan and restored constitutional government. Afterward came years of military combat — in 1909, suppressing a revolt by a Turkish military clique — in 1910, suppressing an uprising in the Ottoman province of Albania — in 1911, fighting Italian invaders in the Ottoman province of Libya (where a bomb flung a stone fragment into his left eye, impairing his vision) — in 1912 and 1913, fighting Bulgarians and others in the Balkan Wars.

When World War I erupted in 1914, the Young Turks stupidly joined the doomed German and Austro-Hungarian side. As a group commander, Mustafa Kemal helped block an Allied invasion of the Dardanelles organized by the young Winston Churchill. The Allies lost 46,000 soldiers killed and 200,000 wounded before retreating in disgrace. Churchill was forced to resign as Britain’s admiralty lord.

After the German-Turkish-Austro-Hungarian side lost World War I, the old Ottoman Empire was carved up among occupying forces. But Mustafa Kemal led the resistance against the occupiers. Remnants of the Ottoman government, cooperating with the occupation, issued a warrant for his arrest and condemned him to death. Nonetheless, Ataturk spurred patriotic defense forces until they drove out all foreigners in 1923 and established the Republic of Turkey.

The caliphate — supposedly a government of all Muslims — was banished in 1924. That same year, sharia religious courts were abolished. In 1925, Sufi religious orders that functioned like political parties were banned. Turkey’s new leader told the national assembly:

“The religion of Islam will be elevated if it will cease to be a political instrument, as had been the case in the past.”

The parliament gave him an added name, Ataturk (“father of the Turks”). He married a well-educated, strong-willed woman who refused to wear veils or burkas. Together, they made public appearances that offended old-line Muslims but thrilled modern young women. But they soon divorced.

In public addresses, Ataturk challenged religion. In a 1925 talk, he said:

“In the face of knowledge, science and the whole extent of radiant civilization, I cannot accept the presence in Turkey’s civilized community of people primitive enough to seek material and spiritual benefits in the guidance of sheiks [holy men]. The Turkish republic cannot be a country of sheiks, dervishes and disciples.”

In a 1927 speech, he called for faith to be “cleansed from all superstitions, and be purified and perfected by the enlightenment of real science.”

He stressed that religion must be private and personal, not involved in politics.

“Brokerage of the pious cannot be permitted,” he said. “Those who use religion for their own benefit are detestable. We are against such a situation and will not allow it. Those who use religion in such a manner have fooled our people. Whatever conforms to reason, logic and the advantages and needs of our people conforms equally to Islam. If our religion did not conform to reason and logic, it would not be a perfect religion.”

A 2002 book — Ataturk: The Biography of the Founder of Modern Turkey, by Andrew Mango — quotes him:

“I have no religion, and at times I wish all religions at the bottom of the sea. He is a weak ruler who needs religion to uphold his government; it is as if he would catch his people in a trap. My people are going to learn the principles of democracy, the dictates of truth and the teachings of science. Superstition must go. Let them worship as they will; every man can follow his own conscience, provided it does not interfere with sane reason or bid him against the liberty of his fellow men.”

The same biography quotes him: “We do not consider our principles as dogmas contained in books that are said to come from heaven. We derive our inspiration, not from heaven or from an unseen world, but directly from life.”

Ataturk’s defiance of religion roused deadly enemies. In 1924, a devout sheik fomented a brief uprising against him. In 1927, some Turks loyal to the old caliphate hatched a plot to assassinate him. The plotters were tried and hanged. In 1930, a brief rebellion by Islamic fundamentalists occurred in the city of Menemen on the Aegean coast.

Ataturk died in 1938. He entered history as a visionary who uplifted a nation.