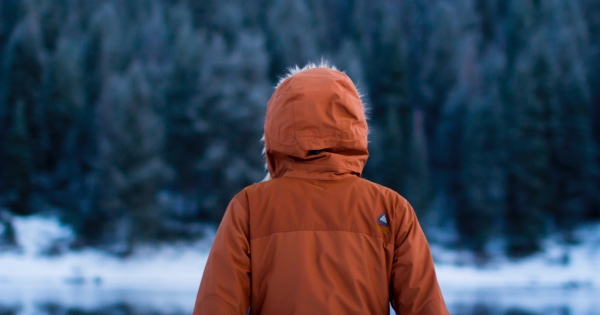 It’s the Christmas season again, which means it’s time for the annual debate.

Well, actually, it’s time for several annual debates: Is “Happy Holidays” a valid greeting, or is it the sign of a Liberal War on Christmas? Is Wham’s “Last Christmas” the GOAT of Christmas songs, or is it a cheesy artifact that should have been left in the 1980s with parachute pants and bleached bangs? Now that we survived the discomfort of avoiding political discussions with Uncle Frank at Thanksgiving dinner, do we really have to do it again at Christmas? What should Starbucks put on their cups?

But the one I’m thinking about is: What’s with the song “Baby, It’s Cold Outside” anyway? Is it cute and flirtatious, or is a rape culture anthem?

“Baby, It’s Cold Outside” has long been a mainstay of Christmas music. Written in 1944 by Frank Loesser, its first public appearance was in the 1949 film “Neptune’s Daughter.”

Several years ago, I started noticing rumblings against the song. From one perspective, it seems to be making light of date rape. The original sheet music refers to a “mouse” who is trying to go home and a “wolf” who wants them to stay. According to his daughter’s memoir, the songwriter referred to himself as “the evil of two Loessers” when he and his wife performed it. Because the duet is usually sung with a male “wolf” and a female “mouse,” I’ll use those pronouns here.

The clearest line with regards to consent is “The answer is ‘No.’” In this era, that is a cue for the man to stop. Some people also mention the line, “What’s in this drink?”, which seems to suggest that she’s been drugged, but I think that that’s not consistent with the era the song was written in. We know that “Don we now our gay apparel” in “Deck the Halls” is a reference to festive clothing, not to anything gay; I’m willing to make a similar judgment here.

Instead, “What’s in this drink?” is part of the larger case she’s setting up: She’s not truly consenting, so if she relents, it was the alcohol’s fault, not hers.

The message seemed clear: It’s a song about date rape and pushing at boundaries, and it should be left in the bin of history. Lydia Liza and Josiah Lemanski even rewrote the song in 2016, emphasizing “the importance of consent in sexual relationships.”

Then a second interpretation emerged. It’s not about date rape, and all of her complaints are because of social pressures. She wants to stay the night, she wants to experience sexual freedom with this man, but she can’t because of how it would look.

Most of the lyrics do support this view. She worries about her family members and her neighbors, and what people would say. “What’s in this drink?”, in the era, supports this view more than the date rape interpretation.

At first, I thought these rebuttals were post hoc apologias meant to overcome cognitive dissonance and redeem a beloved, but flawed, song. But the defenses became clearer and more passionate: Many women see the song as a protest against the sex-shaming of the era. The woman really wants to spend the night, but because of all the social pressures, she can’t. She’s litanizing her excuses for the record, so when she acquiesces, “At least I’m gonna say that I tried.”

Okay, that makes sense. That may well have been the original intent of the song.

Except there’s at least one complication with this.

The first time national audiences heard this song was in the movie “Neptune’s Daughter,” performed as two duets. One is Ricardo Montalbán and Esther Williams, and is presented fairly seriously. Montalbán is the wolf seducing Esther Williams’s mouse. Her words say no, but her body says… maybe.

The second time is Red Skelton and Betty Garrett, and is presented as humor. Garrett is the wolf, and is clinging to a clearly reluctant (in word and body) Skelton as the mouse. While Montalbán uses proximity and generally respects Williams’s physical distance, Garrett repeatedly uses physical force to keep Skelton present. The scene ends with her throwing him down on the couch, his eyes growing wide, and her turning off the light.

This scene, played for comic effect because it’s a woman attacking a man (and not vice versa), as well as Loesser’s apparent “evil of two Loessers” reference, suggest that at least some portion of the culture was aware of the ominous undertone of the song.

And therein lies the deeper problem. Many women say that they wear rings on their ring finger when going out to clubs because men don’t respect a woman’s no, but they respect another man’s “property.” I’ve seen plenty of evidence of men harassing women until they mention their boyfriends.

Culturally speaking, what a woman really wants doesn’t matter to a lot of men. Women are judged largely in terms of their compliance with social norms, and that was even truer in the 1940s than it is now.

Completely consistent with the song: She really wants to spend the night.

Completely consistent with the song: She really wants to go home.

Completely consistent with the song: She doesn’t really know what she wants.

All three views are completely consistent with the song because, ultimately, it doesn’t really matter what she wants.

We do know, however, what it is the man wants. He wants her to stay. That’s clear. There’s not an ounce of vagueness there.

She appeals to what other people will think, but he never does. His argument is about his own feelings (“What’s the sense of hurting my pride?”). Even the suggestion that she would die of exposure is framed in his feelings (“Think of my life long sorrow / if you caught pneumonia and died!”).

Like much of Hollywood of the era, his sentiments plant the seeds of what will later become toxic masculinity. I think it is very important to review the contrast shown in “Neptune’s Daughter”: When the wolf is a man, he is gentle and assertive, a gentleman in his seduction. When the wolf is a woman, she is aggressive and needy. Montalbán’s performance is consistent with the vision of manhood of the era, where men knew what they wanted and didn’t hesitate to press for it, but when men also got close to physical boundaries and didn’t cross them.

But this isn’t the 1940s. The paternalistic masculinity of John Wayne and Jimmy Stewart, as restrictive as it might have been, has rotted into the toxic hypermasculinity which now poisons much of our culture. We can look at the song through the original filter of the times, but at the same time, it’s important to hear how some people, particularly women, and particularly sexual assault survivors, hear the song now.

This is why, ultimately, I don’t think it ought to be played on radio stations. Certainly someone who wants to listen to it privately can do so, and certainly it’s a catchy tune that’s as easily hummed as sung. If it were musically mediocre, it would be easier to jettison it into the past. But regardless, publicly, it doesn’t belong.
—

—
Photo by Daniel Bowman on Unsplash

Great, balanced analysis of the song! Thanks, Paul!

Facebook42Tweet4PinEmailShares46
wpDiscuz
2
0
Would love your thoughts, please comment.x
()
x
| Reply
Share this ArticleLike this article? Email it to a friend!
Email sent!