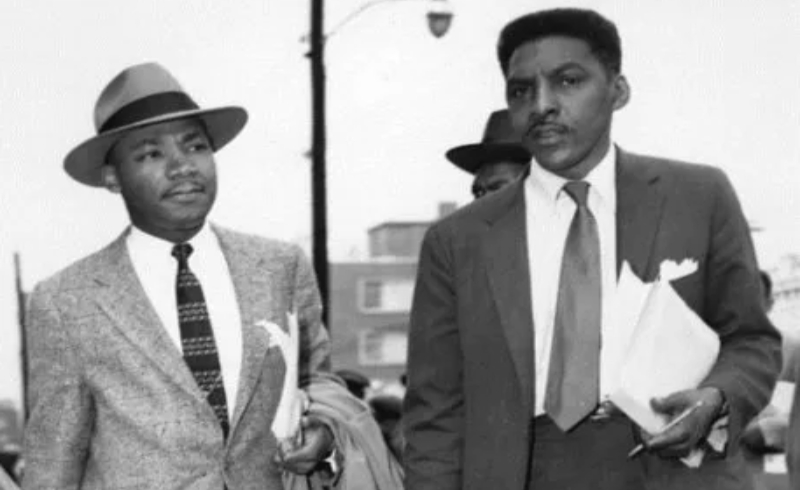 This summer’s fifth anniversary of the legalization of same-sex marriage in a 5-4 decision by the U.S. Supreme Court in Obergefell v, Hodges, and last year’s 50th anniversary of the Stonewall Riots mark important milestones in the visibility of LGBTQ communities. Particularly noteworthy is Marsha Johnson, a Black transgender woman who played a significant role in fighting back against the police repression that led to the riot. Johnson’s actions heightened the visibility of transgender people and proved foundational in contemporary advocacy work on trans issues.

Black LGBTQ people like Johnson have played significant roles in Black freedom struggles throughout the twentieth century. One of the least known yet most influential figures is Bayard Rustin. A theorist and proponent of nonviolence who worked to overturn the system of Jim Crow, he was also a major organizer in social justice and civil rights organizations events prior to, during, and after the Civil Rights Movement.

Rustin’s work combined a passion for social justice with a firm commitment to LGBTQ and human rights.

Bayard Rustin was born into a relatively affluent Black family in 1912. Raised by his grandparents in West Chester, Pennsylvania, he was the son of an African American mother and a West Indian immigrant father. Growing up in a progressive and tolerant environment allowed him to develop the skills and aptitude for social justice work. Julia Davis Rustin, his grandmother, was a Quaker who accepted and embraced Rustin’s sexuality at an early age.

Rustin later attended Wilberforce University and Cheyney University, private historically Black colleges and universities. He was active in student organizations at Wilberforce but was expelled after leading a student strike to protest the cafeteria food. He left Wilberforce and enrolled in Cheyney State. He pursued his interests in social justice by completing an activist training program sponsored by the American Friends Service Committee (AFSC), a Quaker organization devoted to peace and social justice in the United States and around the world.

Rustin later moved to New York City to attend City College in 1937. He joined the Josh White Quartet and sang to earn fees for his schooling. On campus, he became involved in the protests surrounding the Scottsboro Boys, nine Black youth falsely accused of raping two white women in Alabama. Rustin also briefly became a member of the Young Communist League. However, he left the organization because he grew dissatisfied as the group shifted away from racial issues to focus on the war.

Instead, Rustin embraced socialism and worked with Norman Thomas of the Socialist Party of America, A. J. Muste’s Fellowship of Reconciliation (FOR), and A. Philip Randolph, the leader of the Brotherhood of Sleeping Car Porters and Maids. Rustin also helped Randolph in promoting the March on Washington Movement (MOWM), the plan to initiate a massive protest if the federal government refused to immediately desegregate the armed forces, expand Black access to jobs in the defense industry, and issue a Fair Employment Practices Act. Under this pressure, President Franklin Roosevelt issued Executive Order 8802, which established the Fair Employment Practices Commission.

Rustin’s engagement with pacifism grew during World War II, after witnessing the internment of Japanese Americans caused by racism and xenophobia following the attack on Pearl Harbor. Working as FOR’s Race Relations Secretary established him as one of the foremost American experts on pacifism. In this capacity, Rustin traveled across the country giving lectures, conducting workshops, and training sessions on nonviolence. He refused to participate in World War II as a conscientious objector and spent 26 months in prison in Ashland, Kentucky for defying the Selective Service Act. Released in 1946, he continued to work closely with Randolph, who expanded Rustin’s appreciation for the role of labor in the Civil Rights struggle and mass organized protest.

Rustin’s commitment to nonviolence and pacifism led to his participation in FOR’s Journey of Reconciliation. This campaign formed in collaboration with the Congress of Racial Equality, an organization that formed one year after FOR. This journey featured interracial busloads of members traveling throughout the South to challenge segregation in interstate travel. The trip led to Rustin’s arrest in North Carolina, where he was sentenced to 22 days on the chain gang.

After his release, he wrote an exposé about the dehumanizing punishment that galvanized national opposition to its continued use. Committed to deepening his understanding of pacifism and global cooperation, Rustin accepted an invitation to travel to India to attend the International World Pacifist Conference in 1948. Although he arrived after Mahatma Gandhi’s assassination, he met all the principal actors in the Indian National Conference. He was profoundly impacted by their commitment to nonviolence and pacifism.

In 1953, Rustin’s personal life began to cause havoc and had serious implications for his public life. That year he was arrested in Pasadena, California and convicted on a morals charge after being found with two men in the backseat of an automobile. At a moment when same-sex desire was viewed as a deviant and mental disorder, his political opponents used this incident to curtail his work for social justice.

By the mid-1950s, the Civil Rights Movement was in full swing. One year after the 1954 ruling in Brown v. Board of Education, which invalidated the doctrine of separate but equal, the Montgomery Bus Boycott occurred. When Rustin arrived in Montgomery, he admonished a 27-year-old Martin Luther King, Jr. about the armed men guarding his home and the cache of weapons stored there.

Rustin advised and spoke extensively with King about the philosophy of nonviolence as a way of life and as an activist ideology to fight injustice.

As part of this commitment, he conducted workshops and trainings on nonviolent activism and the ideology of pacifism with the boycott’s leadership. Once authorities became aware of Rustin’s presence, they used his sexuality to attempt to discredit the movement. Rustin was forced to leave Montgomery.

Relegated to the background because of fears about his politics and sexuality, the March on Washington would change this dynamic. Widely viewed as one of the best organizers in the country and a respected trainer and student of nonviolence, Rustin was selected as the deputy director of the 1963 March. Working closely with Randolph, Rustin provided the guiding vision and organizing expertise to present the demands of the Civil Rights Movement to the broader American public and the international community. His work resulted in one of the most successful marches in the nation’s history. The March on Washington also has become an iconic moment in the Black Freedom Struggle.

Rustin’s work with the March heightened his profile and provided a platform for further work on nonviolence. Although Rustin avoided opposing the Vietnam War because of the close ties he cultivated with Democratic politicians such as Lyndon B. Johnson and Hubert Humphrey, he did support linking civil and economic rights. He furthered his practice of moving from protest to politics through his work with the A. Philip Randolph Institute, which worked to integrate questions of economic justice into civil rights advocacy. In this capacity, he encouraged Dr. King to support the sanitation workers strike in Memphis, Tennessee in 1968.

Rustin spent the last years of his life working to promote pacifism and nonviolence, encouraging Black people to become actively involved in the political life of the nation, and working with labor to further the gains of the Civil Rights Movement. He extended his work to the international stage when he supported the emigration of Soviet Jews and addressed refugee challenges in Asia and Africa. He died on August 24, 1987.

Rustin’s long involvement in nonviolent organizing and pacifism proved foundational for social justice and Civil Rights activity from the 1930s to the 1970s. The foremost American advocate and student of pacifism in the period, Rustin left an indelible stamp on both the theoretical and practical manifestation of nonviolent protest. He was a proud gay man who boldly lived in his truth and used his talents to uplift African Americans and the human community. Perhaps the best tribute to the power and beauty of Rustin’s life came from his longtime partner Walter Naegle: “He was a person of integrity, that he was authentic. He believed that all of us should do our best to be our authentic selves and we shouldn’t have to hide our identities. We don’t have all the same talents, but we can all make a contribution to the greater good.” 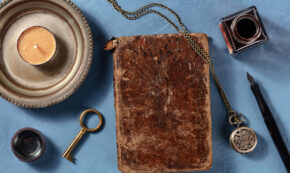 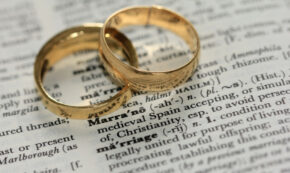 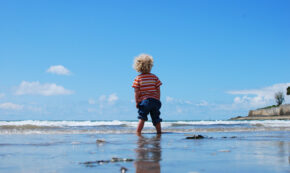 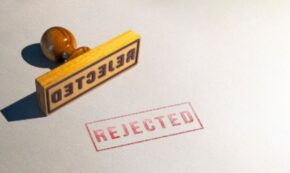