Get Daily Email
Join/Login CLOSE
Home / Featured Content / Being a Guy Sucks… But That’s On Us. 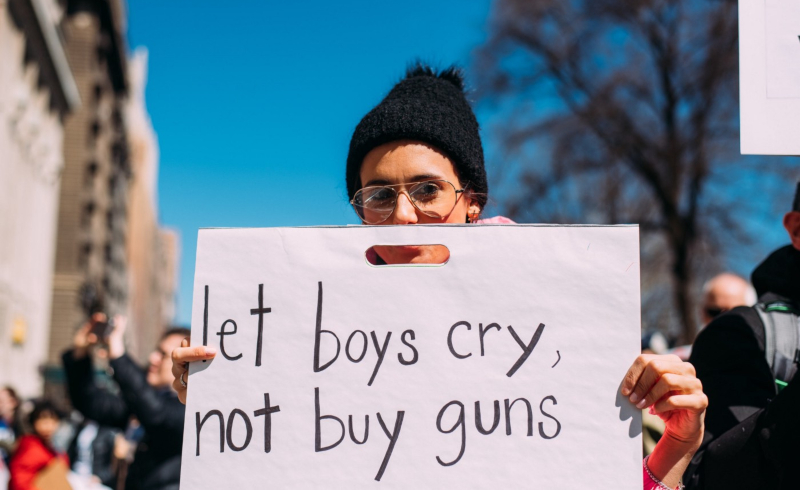 What sparked my desire to write this opinion piece was TikTok. Yes, a TikTok. I’ve now seen many male content creators making annoying videos listing what ‘sucks’ about being a guy. Almost every time either “false allegations,” “having no feelings,” or “alway have to pay,” constantly find their way into discourse about ‘male oppression.’

This made me think; how does it actually really suck to be a man? To discuss this, a major flaw in our system of social thought must be noted: we are not willing to admit, and change from, our faults.

Let’s look back at cultures throughout history that have consistently instilled the idea that the man holds the power, is the protector, and must be the provider. We have imposed laws in the Middle East that require a man to be the sole representative and guardian of the family. In the West, male figures and success stories, in both contemporary and ancient times, make up a majority of educational and inspirational dialogue. Globally communities have required men to be brave, partake in wars, hustle to make riches, and fight for what they believe in. Gender bias continues to exist.

Simultaneously, we babied men, forgiving them for every minor mistake, telling them they are always right, that they are the ones with the knowledge, power, and strength. Our habits, especially in households-where an abundance of development occurs-have barely changed.

We don’t allow men to be weak. We don’t allow them to be emotional and vulnerable. We tell them to “Man Up.” We inflict homophobic and sexist rhetoric when suggesting any man must not, whatsoever, adapt any behavior, characteristics, or interests that are deemed “feminine” and associated with the opposite sex.

Women are allowed-but then ridiculed and devalued for being too emotional-to explore their feeling and seek mental/social support. Men on the other hand, have higher suicide rates and are nearly twice as likely as women to meet criteria for alcohol dependence.

This requirement to be almighty puts restraints on what a man can or cannot be, and heightens their expectations in society, while also glamorizing their successes regardless of how small the trek was.

This is a generational issue. An issue men have imposed upon themselves repeatedly. Not just in the past, but in the present as well. Those same TikTokers that say “Oh it sucks being a guy, we can’t be emotional and are accused of rape” go on and make fun of ‘feminine’ guys, get mad at women for being vocal, mock other guys for being weak, and question women in positions of power.

The whole notion that men can’t have ‘feminine’ interest or act ‘feminine,’ in and of itself, suggests that any female behavior is inferior. The idea that ‘masculinity’ is associated with strength and emotionless interactions is ridiculously agonizing on a boy. We teach men that their weaknesses are emasculating. We deny them from exploring their true identities, approaching their internal conflict more openly, and resolving their external ones more holistically and emotionally. A plethora of cultural societies enforce these ideologies repeatedly.

This all creates an environment that ultimately manifests sexist ideologies that harm both men and women. All these implications on manhood intentionally suggest that woman are inferior and must be treated as so. This reinforces the idea, through culture, that a man must hold power. Although we may not verbalize this opinion, although it is not scattered visually and orally all over the place, it is a subconscious lifestyle that continues to exist, to be reinforced by men and women internationally. We see it in jokes here and there, we see it when women still have to fight for equality and representation, we see it when men struggle with their identity and emotions, when family dynamics are pre-determined by sex, when respect is just non-existent between many interactions of the sexes.

So what is (a) solution?

As men, we have the privilege to openly speak, and always be heard. We must use that opportunity and discuss all issues that continue to infest our society, and uplift women.

I’m not trying to claim that we haven’t progressed, and that no change has been made. But, there is still so much room for improvement, inclusivity and issue awareness. Repetitive lifestyles, ideologies, language and cultures must be broken down and exposed, even if this entails having to deal with the cumbersome reality of admitting fault, and the overflow of mass media.

We need to teach our children the importance of respecting both sexes and every form of expression. We need to welcome vulnerability and endorse it from a young age, for the youth will shape the cultures of our future. We need to promote the idea that an open dialogue does not mean an attack. We need to allow all women to be involved in all discourse, of all type. We need to confront our sexist expectations of what a man is, and we need to admit our weaknesses and take criticism.

We need to accept, respect, support, and be kind to one another. 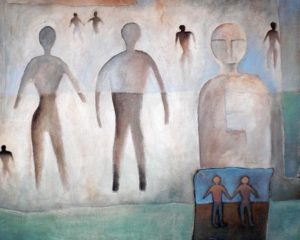 Creation Of Man And Woman, a mixed media by Gerry High

Hello! I’m a Politics and Digital Culture student at KCL trying to find his place in journalism. I’ve got my university and personal essays to share!

Facebook24TweetPin1Email1Shares26
wpDiscuz
0
0
Would love your thoughts, please comment.x
()
x
| Reply
Share this ArticleLike this article? Email it to a friend!
Email sent!