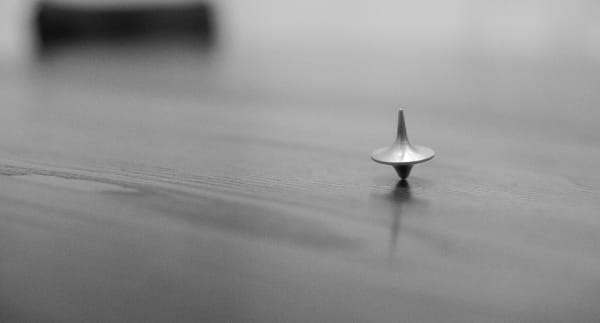 Hey Jeff, I didn’t realize there was an exclusivity of using the tag “tourettes”. This is news to me. I won’t be taking up your kind offer to read your post. But thanks!

I’ve had only one snarky encounter in WordPress. It was a fight that I picked. That was the response.

Like many WordPress users, I query tags to find interesting content. In general, the tags I use are fluid—ever-changing with my moods, with my obsession du jour. Running, alcoholism, writing, OCD, injuries at six flags, etc. The one tag that I created and never deleted is “Tourettes.” I’ll search Tourettes every couple of weeks and read the new posts.

I’m an adult with Tourette Syndrome. Therefore, I’m unusual and misunderstood. Tourettes is a disorder that most people age out of as they become adults. I did, until it came back in my thirties. Because of its relative rareness, only its most egregious symptom is popularly known. You know, the uncontrolled cussing.

I don’t cuss, few of us do. I grunt. I roll my eyes, I scratch my skin raw, I click and grind my teeth, I repeat inoffensive phrases over and over, I punch my legs, click my pen, generally I don’t sit still.

Tourettes is a pain in the ass. It affects every aspect of my being. It’s always present, near the front of my thoughts. So I query Tourettes, I read the blog posts, and I interact with the bloggers—I feel that I have a lot to offer… and a lot to learn.

Recently, a post titled “F*#k You All” appeared in my Tourettes list. It started with: Disclaimer: This is a light-hearted post not intended to offend anyone who suffers from Tourettes. The author then went on to joke about people who cuss uncontrollably on Facebook—She called that Cyber-Tourettes. To me, this strategy seemed a lot like telling a sexist or racist joke, but feeling like it’s okay because you’ve already said “no offense.”

All in all, it probably wasn’t a huge deal, but it got me pissed. My comment on her blog:

Now I challenge you to write a post describing how inaccurate a portrayal this is of a person who actually has Tourettes. I also posted the other day with the tag “Tourettes”. My post is called “drugs” – I think you should read it.

So, why so much anger? Why not just let it go? Might incongruous cussing actually be funny once in a while?

Here’s my thinking: Tourettes isn’t a joke. It’s a debilitating disorder. It keeps people under-employed and unemployed. It leaves people home-bound. Or medicated zombies. The cussing is a symptom. Evidence of a serious underlying problem. It’s the tip of the iceberg. Making fun of the cussing is like making fun of a cancer patient’s bald head. 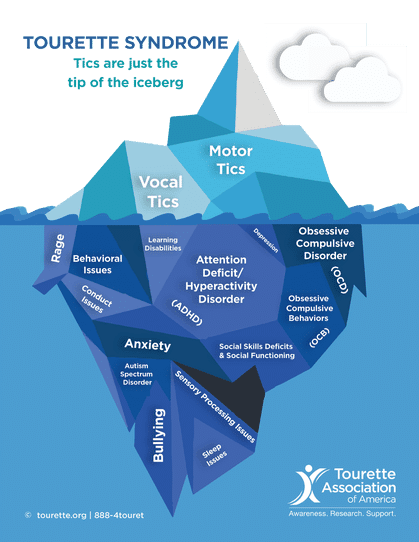 This graphic, published by Tourette Association of America, shows the unseen associated disorders that accompany Tourettes. Yes, my tics are disruptive and embarrassing, but it’s the anxiety that ruins my days. It’s the OCD that keeps me up at night. It’s the depression that sends me back to bed some mornings. It’s the years of substance abuse that leave me wondering if my life has been productive enough. When someone makes fun of Tourettes, they are making fun of the pain that people like me live with every day.

The world has changed a lot over the last fifteen or twenty years. There’s not much left that we can politely make fun of. I was recently chastised for calling some (of my own) music “Redneck Music.” I was accused of classism. For some reason, Tourettes seems to be exempt from these new rules of decorum. Tics, especially vocal tics, are still open game for ridicule. I can’t think of another disease or disorder that a blogger would feel comfortable mocking like this.

A version of this post was previously published on jefftcann.com and is republished here with permission from the author.

Facebook642Tweet6PinEmailShares648
wpDiscuz
Share this ArticleLike this article? Email it to a friend!
Email sent!