Get Daily Email
Join/Login CLOSE
Home / Featured Content / Biodiversity 101: Why It Matters and How to Protect It 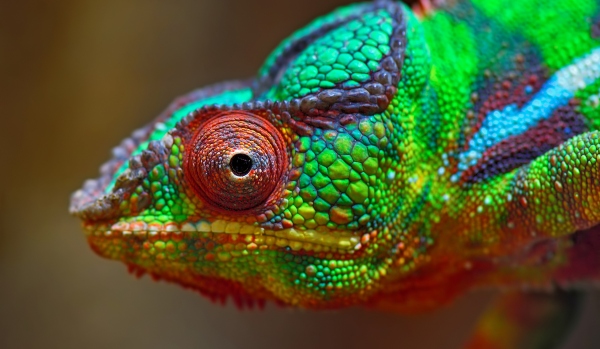 The Earth is undergoing a mass extinction that could see up to a million species disappear in the coming decades – and humans are contributing heavily to this.

The numbers are staggering: the population sizes of vertebrate species, which include mammals, reptiles, birds and fish, dropped by around half between 1970 and 2010. A quarter of mammals, 40 percent of amphibians, and 30 percent of sharks and rays are currently endangered.

During the 20th century, extinction rates were about 100 times higher than they would have been without humans significantly altering most of the planet’s surface.

What does this loss of biodiversity mean for the future of the planet and its inhabitants – and what can we do about it? The first step is understanding the basics, unraveled in easy-to-digest terms here in this explainer:

Coined by biologists in the 1980s as a contraction of biological diversity, the term usually refers to the variety of life on Earth as a whole. The U.N. Convention on Biological Diversity (CBD) breaks it down as follows:

“Biological diversity” means the variability among living organisms from all sources including, inter alia, terrestrial, marine and other aquatic ecosystems and the ecological complexes of which they are part.

But the CBD makes it clear that measuring biodiversity is no simple feat:

This includes diversity within species, between species and of ecosystems.

How is biodiversity measured?

Let’s start with biodiversity between species, or species diversity. Arguably the simplest measure is ‘species richness’ – a count of how many species live in a community.

But species richness does not consider the relative abundance of each species, or its importance to an ecosystem or landscape, or its value to people. As such, biologists have invented diversity indices, such as the Simpson index and the Shannon index, to take these factors into account.

When talking about biodiversity loss, we often focus on losses in species diversity, as it is crucial to maintain the balance of ecosystems, nutritional value of food, and enhance resilience of ecosystems and landscapes to the threats of climate change and other risks like weeds and pests.

Yet genetic diversity – the characteristics of a species’ genetic makeup – is equally important, as it ensures resilience to change and stressors on a more individual level.

Consider the following analogy: in investing, a diversified portfolio minimizes risk and usually provides the most reliable returns. Likewise, genetic diversity protects a species from being wiped out by an external shock like a natural disaster or disease outbreak.

These include wetlands, which contain over 40 percent of the value of the world’s ecosystems; peatlands, which store a third of the planet’s soil carbon; and lesser-known tropical forests such as monsoon and karst forests, which are among our best natural defenses against climate change.

You might have also heard of ‘biodiversity hotspots.’ These are landscapes with exceptionally high concentrations of biodiversity. 43 percent of bird, mammal, reptile and amphibian species are only found in areas that make up just 2.4 percent of the Earth’s surface.

What are the benefits of biodiversity?

Why is biodiversity important?

Healthy and functional ecosystems play a crucial role in sustaining human livelihoods through providing necessities and benefits such as food, water, energy sources and carbon sequestration, known as ‘ecosystem services.’

One study estimates that each year, the goods and services provided by the planet’s ecosystems contribute over USD 100 trillion to the global economy, more than double the world’s gross domestic product (GDP). But much debate remains over how to factor in non-monetary values, such as natural beauty, regulating functions, and providing homes for humans and animals.

Underpinning ecosystem services are genetic diversity and biodiversity. Genetic diversity supports agriculture by building resilience and protecting against environmental stresses such as pests, crop diseases and natural disasters. This provides a source of income and safeguards the food security of much of the world’s poor.

Biodiversity also plays a role in some ‘nature-based solutions’ to climate change and problems caused by changes in the environment. These solutions could provide up to a third of the carbon emissions reductions needed to meet the Paris Agreement goals.

Including biodiversity in nature-based solutions, though, must be a conscious choice. Tree planting, for instance, can come in the form of monocultures (planting just a single species in a landscape) or agroforestry, which mixes species of agricultural crops and trees in a single landscape to enhance the sustainability of both.

While each of these cases offers a different set of financial and environmental benefits, most experts will sing the praises of nature-based solutions that take into account biodiversity over those that don’t.

And, let us not forget: the planet’s various ecosystems and landscapes also hold considerable intrinsic value to humans, whether for their recreational opportunities, their cultural importance to Indigenous communities, or their contributions to physical and mental health. Without biodiversity, these values will be lost.

What are the main threats to biodiversity?

These five drivers, it argues, are in turn driven by increasing demand for natural resources, as well as governance structures that prioritize economic growth over conservation and restoration.

Land and sea use

The most widespread form of land-use change has been the expansion of agriculture: according to the IPBES report, over a third of the Earth’s land surface is now used for cropping or livestock, mainly at the expense of forests, wetlands and grasslands.

The tropics, which are home to the highest levels of biodiversity on Earth, are now seeing their ecosystems replaced by cattle ranching in Latin America and plantations in Southeast Asia.

Other key land-use changes include logging, mining and urbanization. Coastal and marine ecosystems have also been significantly affected by activities such as offshore aquaculture, bottom trawling, coastal development and ocean mining.

The IPBES suggests that fishing has had a larger impact on marine ecosystems than any other human activity: 33 percent of marine fish stocks are currently overfished, and 60 percent are being fished to their sustainable limits. Poaching and hunting, too, are driving many mammals to the brink of extinction.

Humans have caused the planet to warm by around 1 degree Celsius since pre-industrial times – and biodiversity is already bearing the brunt of that warming. Climate change is reducing the distribution of many species (the geographical area in which they can survive), including almost half of all endangered mammals.

Changes in the ecological balance can also result in species that can beneficial turning into pests and plagues once their natural enemies are reduced or disappear: think locusts, mosquitos, algae.

Many plants and animals are also experiencing disruptions to their phenology, which refers to seasonal life cycle events such as flowering, migration and hibernation.

Mining, agriculture, industry and other pervasive changes in human’s land-use are contributing to air, water and soil pollution. The IPBES notes that coastal waters contain the highest levels of metals and organic pollutants, such as industrial discharge and fertilizers.

An invasive alien species is a species that has been introduced to a new location and starts to disrupt its new habitat. These species can threaten native biodiversity by out-competing them for resources, and they’re spreading ever more quickly as international travel and trade expands. A recent study found that one-sixth of the Earth’s land surface is highly vulnerable to invasion, including many biodiversity hotspots.

How can we protect biodiversity?

Humanity’s ecological footprint is about 70 percent larger than the planet can sustain – and in the world’s richest countries, that figure is as much as four or five times larger. Given these huge inequalities in both living standards and ecological impact, residents of industrialized nations can – and should – do their part to preserve biodiversity by helping contribute to more sustainable global systems.

At the individual level, that could include reducing air travel, buying organic, eating less red meat, avoiding fast fashion, and turning your backyard into a carbon sink.

At the international and policy level, we need commitments to restore the Earth’s ecosystems, following the examples set by the Everglades and farmers in the African Sahel.

Indigenous and local communities are deep and rich sources of traditional knowledge of how best to care for increasingly fragile landscapes. Technological innovation is a crucial tool too.

And with biodiversity worth more in monetary terms than the entire global economy, there’s a clear business case to be made for investing in restoring the planet.